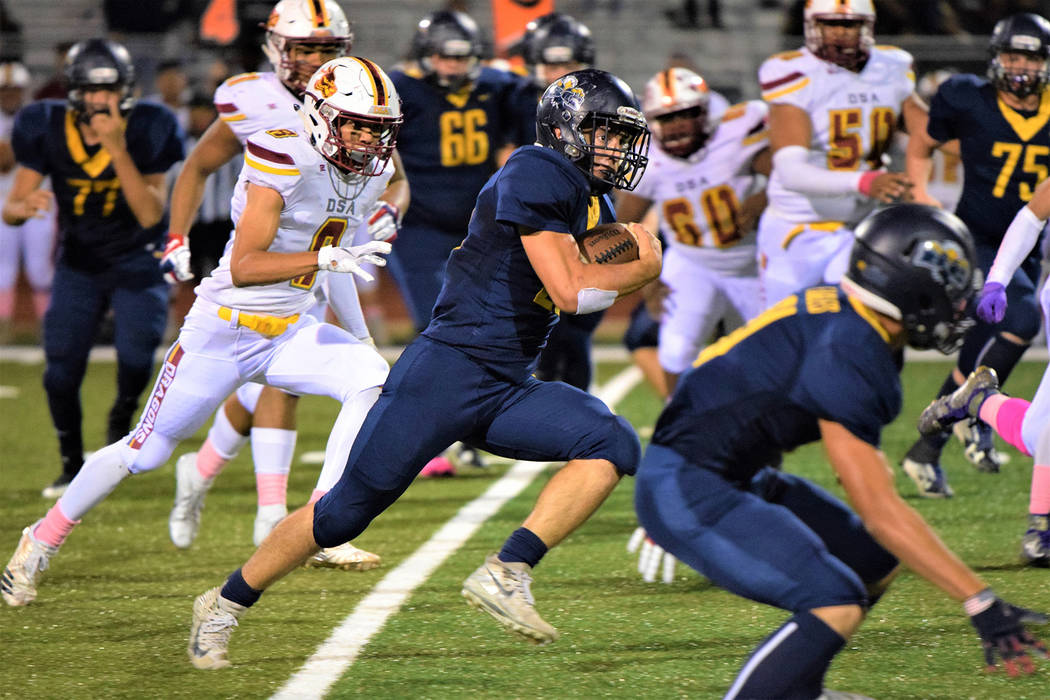 Thorsten Balmer, Boulder City High School’s star football player, was named the 3A Southern Region player of the year for his efforts in guiding the Eagles to their first postseason appearance since 2014.

Balmer also was named to the 3A all-state first team.

“I’m extremely honored to be named Southern regional player of the year,” Balmer said. “I have put countless time and effort into becoming the best player I can be as well as the best teammate for my team.”

Consistently carrying the load for the Eagles offensively, Balmer powered the Eagles’ resurgence with a 3A-leading 27 touchdowns and 1,619 rushing yards. His efforts helped the team finish the season with a 7-4 record.

“This honor was well-deserved because of all the hard work he put in during the off-season,” head coach Chris Morelli said. “He’s become one of the top kids in the 3A and he’s been rewarded for it. We knew his sophomore year he was going to be that guy. Every summer he kept improving, and he became a workhorse for us. I think he could have played in the 4A and still had a large impact.”

Senior linebacker Jimmy Dunagan, who was key on defense, joined Balmer on the 3A all-state team, earning a second-team selection.

“Those two guys never missed a practice,” Morelli said. “Jimmy’s just as deserving for everything he’s received. He plays sideline to sideline and can come in and fill holes and pick up guys. He’s been a great player for us.”

Dunagan totaled 112 tackles, with eight for a loss, while making three sacks and recovering a fumble. He was a first-team all-Southern Region selection.