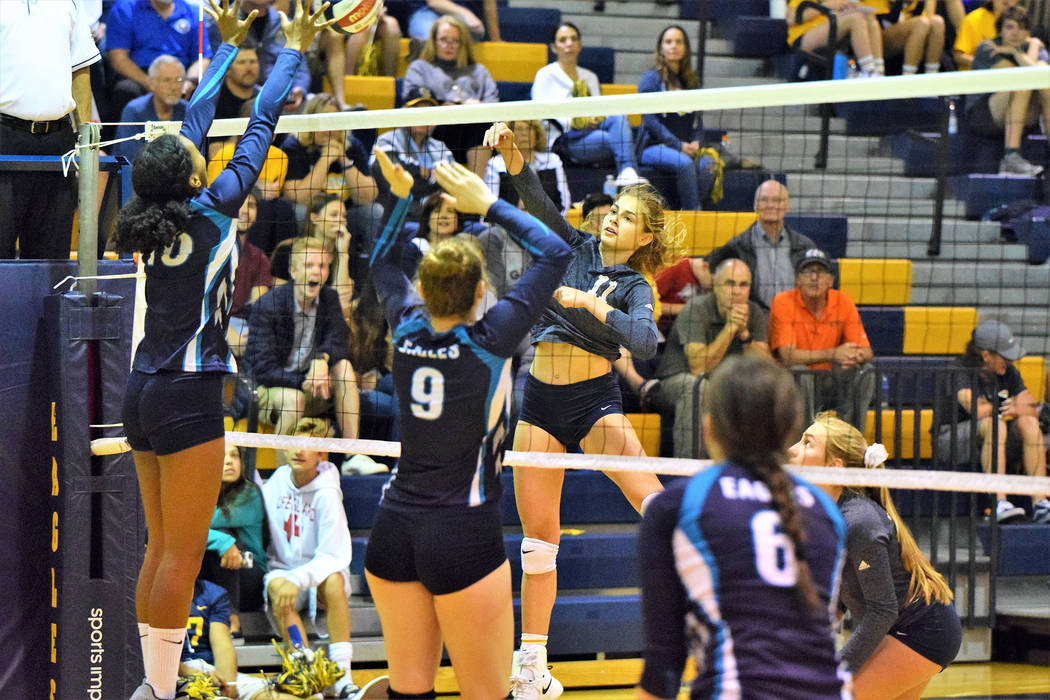 Sophomore Ava Wright was selected to the second-team and sophomore Sierra Orton was an honorable mention selection.

“I’m very proud of all our girls,” head coach Kurt Bailey said. “They all certainly put in the work and deserve to be recognized. It’s a great accomplish to be selected with all the other great players in our state.”

The only 3A player selected on the 12-player first team, Kamry Bailey was previously named the 3A All-Southern Region player of the year for her efforts.

“It’s a huge honor to be named to first team all-state,”she said. “It feels amazing to be recognized with all of the amazing 4A players. I’m overall so happy with how this season went and this was just the icing on the cake.”

Taking over the reins from last season’s 3A player of the year Maggie Roe, Kamry Bailey blossomed from a role player into one of the state’s top players this season, generating 350 kills, 198 digs, 101 serving aces and 27 blocked shots.

“Kamry’s very dedicated to the sport,” Kurt Bailey said. “She loves playing the game, so obviously every time she wants to get better when she goes back out there. She had a lot of help with club and high school coaches working with her. She changed her swing. I think she had a great year because she’s so dedicated on fixing things and improving her own game and that’s how she’s able to reach these goals that she has for herself.”

Wright also improved this season, etching her name in the Boulder City and state record books. The catalyst of the Lady Eagles’ offense, Wright dished out a school-record 1,084 assists this season, the second most all-time for a single season in the 3A classification behind Faith Lutheran setter Megan Kronschnabel, who set the record in 2015 with 1,135 assists.

An all-around star for the Lady Eagles, Wright also contributed with 203 digs defensively, 139 aces and 27 blocks.

“It is a huge honor to make the second team all-state and seeing all the hard work me and my team put in pay off,” Wright said. “Competing against higher-level players and receiving second team all-state is such an amazing feeling. Most people overlook 3A teams so it’s awesome that many 3A players were able to make all-state.”

Orton, who had a breakout sophomore campaign, was key in the Lady Eagles’ state championship run, tallying 214 kills offensively while making 66 blocks on the defensive.