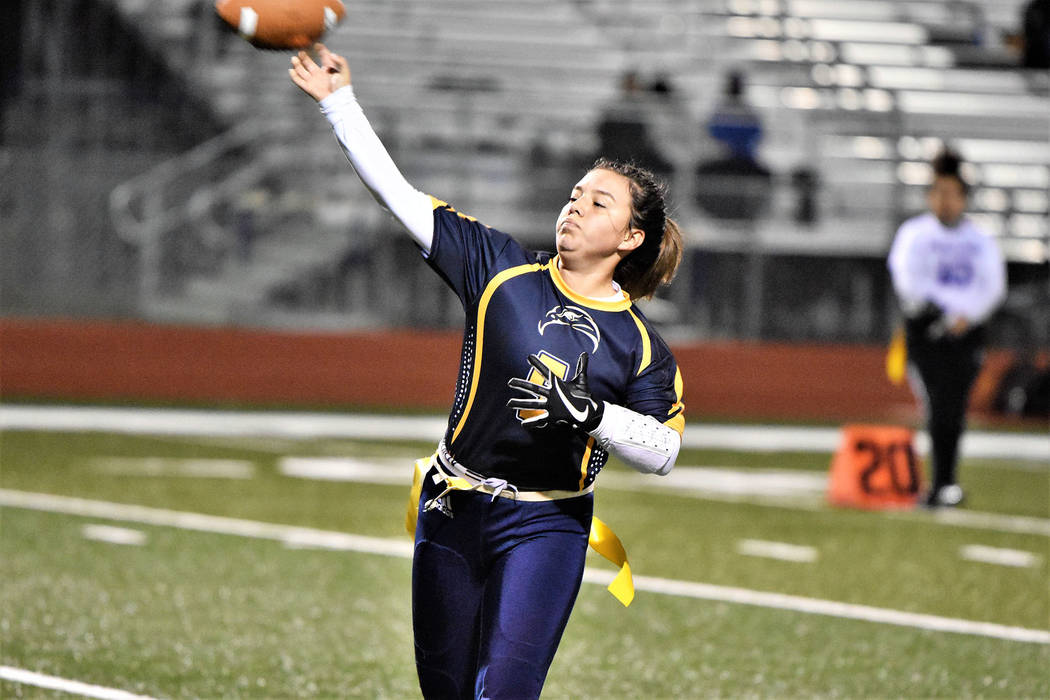 “Even regular overtime is hard to keep focus, but I’m beyond happy for my team after battling through triple overtime,” Reese said. “We kept calm through it and we didn’t get mad at each other. We worked together through the whole time.”

Scoring two touchdowns on the ground, Reese rushed for a game-high 150 yards on 17 carries, while catching four passes for 18 yards.

Turning into a juggernaut on the ground, junior Makena Arboreen also rushed for 88 yards 17 carries in what has been a much-improved rushing attack this season.

“Our coaches have worked hard making new plays and trying out what works best for our team,” Reese said. “Since getting good blockers on the team this year, running plays have been working well for us. We do throw in passing plays once in a while, but why stop the things that work?”

Managing the game well, Perkins completed 14-of-27 passes for 126 yards and a touchdown. Perkins found Arboreen for her lone passing strike, while connecting with senior Elizabeth Taggard four 59 yards on four catches.