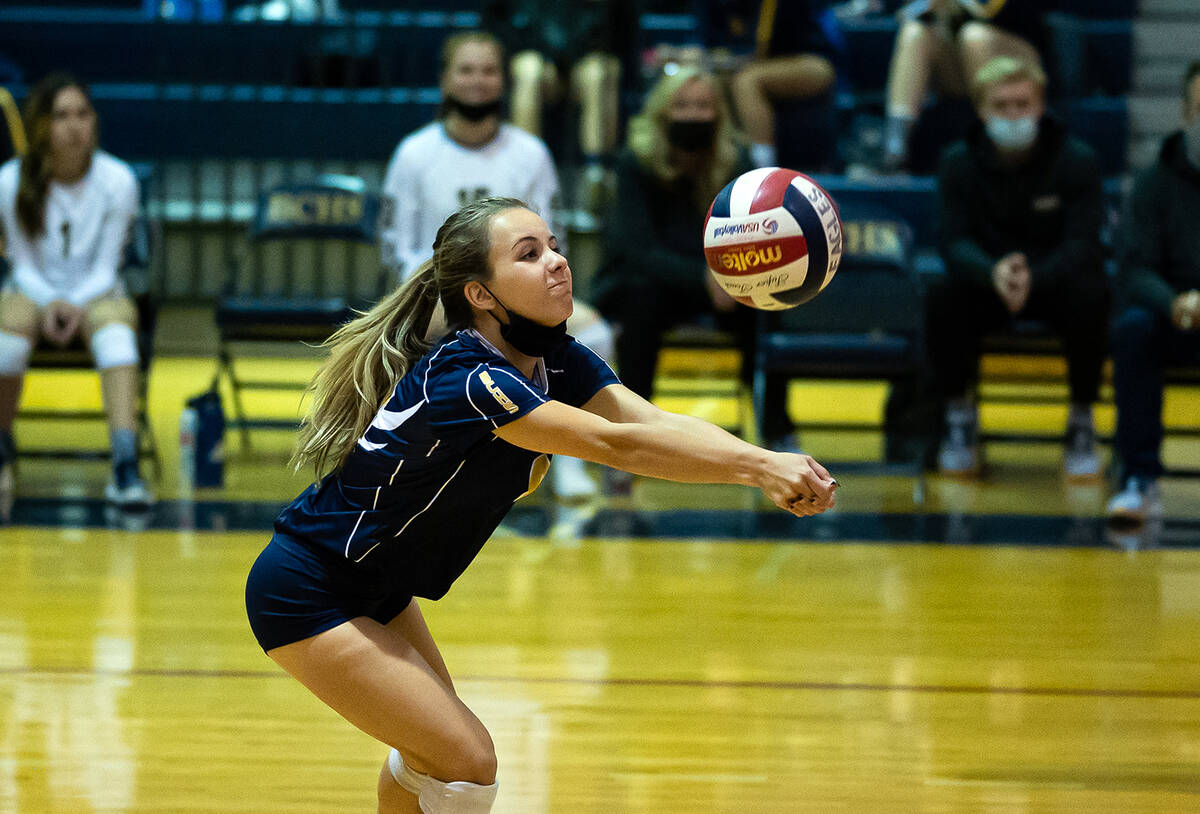 Even with the trio of 3-0 victories, defeating Desert Pines on Friday, Oct. 8, and Clark on Oct. 6, head coach Chad Robinson said he knows there’s still work to be done for his team to fulfill its full potential.

“The results are good, but we’re still growing as a team,” he said. “Even though we got a 3-0 victory tonight, we know we need to be better if we want to beat Moapa in the postseason. Every game we strive to be better.”

Proud of the girls’ offensive output, Robinson noted the team’s ball movement during its winning streak, highlighting the girls’ ability to get multiple players involved.

Coming into the final stretch of the regular season, the Lady Eagles will host SLAM Academy tonight, Oct. 14, followed by an away game at Pahrump Valley on Monday, Oct. 18, and home game against Clark on Wednesday, Oct. 20.

With the postseason looming, coach Robinson said he is hopeful to see more intensity from his team, with the margin for error closing as each game passes.

“Heading into the postseason, we’re going to need to want it, especially on the defensive end,” he said. “We need girls diving for digs, looking to make an extra play. Winning teams grind out victories, especially in close games. On offense, I really like what we’re doing. Now it’s time for us to become a complete team.”