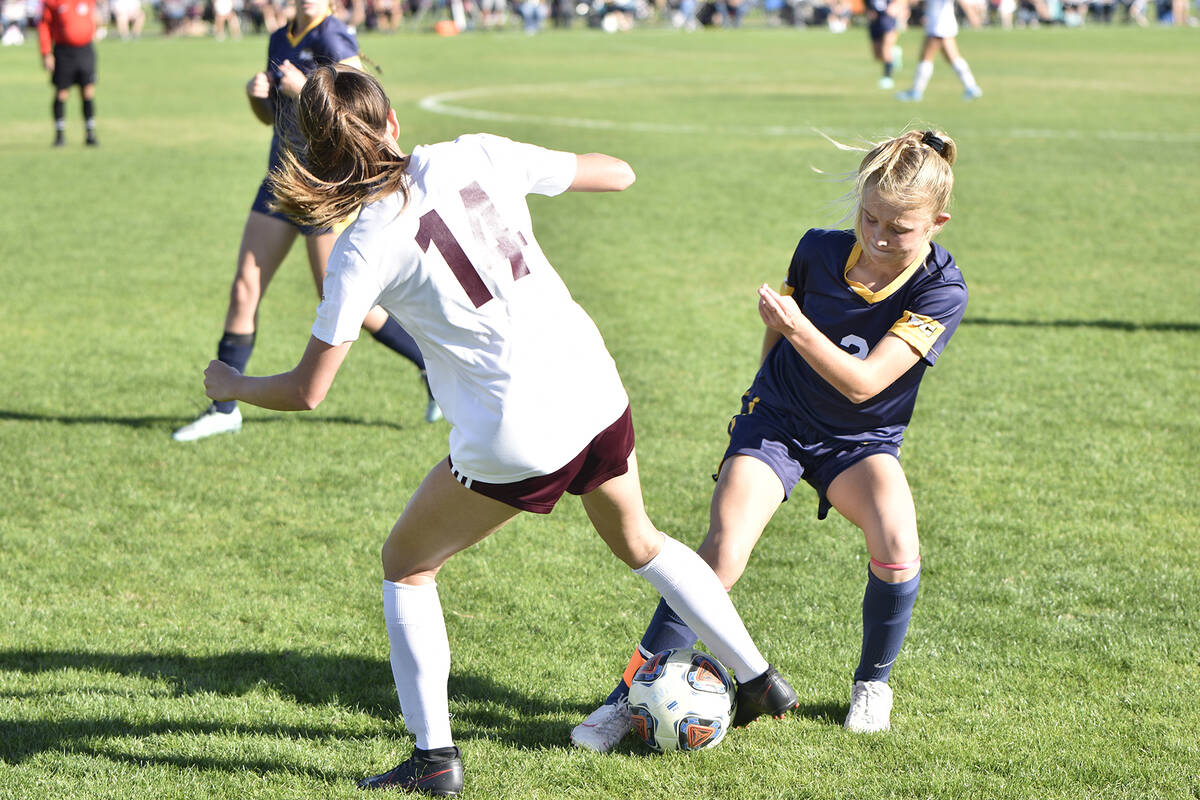 The Lady Eagles will enter this year’s tournament as the No. 2 seed in the South, after finishing as runner-up in the 3A Southern Region tournament.

Battling more obstacles than just rebuilding after a canceled 2020 season, the Lady Eagles have formed a rivalry with No. 1 seed Pahrump Valley, which beat Boulder City 2-1 in the 3A Southern Region finals Saturday, Nov. 6.

“The Pahrump game was a real barn burner of a game,” Oeland said. “Our strategy was to test the limitations of Pahrump and take them into deep water, out of their usual game and then impose our will on them. We were able to accomplish that. We were the underdogs going into the game, and that game was a great game for our girls. We established that we are a top contender in the state.”

Scoring the lone goal for the Lady Eagles against Pahrump was freshman Makayla Nelson, courtesy of an assist from freshman Sydney Gibson.

Pahrump Valley brings a 17-1 record into the state tournament, outscoring opponents 92-10 on the season. The Lady Eagles, which sit with a 14-3-1 record, are one of only two teams to come within a goal of Pahrump Valley this season, joining Virgin Valley, which accomplished that feat Sept. 14.

Routing rival Moapa Valley 4-0 on Nov. 4 in the semifinals during their only meeting of the season, Nelson and junior Miranda Williams added a goal and an assist apiece for the Lady Eagles.

Junior Ashley Mendez and freshman Abby Byington each added a goal for the Lady Eagles, while senior Paeton Carver and junior Ava Payne dished out a assist.

Coach Oeland said he knows the Lady Eagles face an uphill battle as they look to bring home their first state championship, but believes the task is well within their reach.

“Clinching a state title is within our grasp,” he said. “We have a dynamic team which can adjust and reorganize on the fly. For us to win, we must play as one, we must tactically dismantle our opponent and we must go offensive every chance we get. Our team is fully capable of this. This is how we train and this is how we must execute in order to be the best.”

Traveling to Pahrump, the Lady Eagles will face off against South Tahoe on Friday, Nov. 12, in the 3A state semifinals.