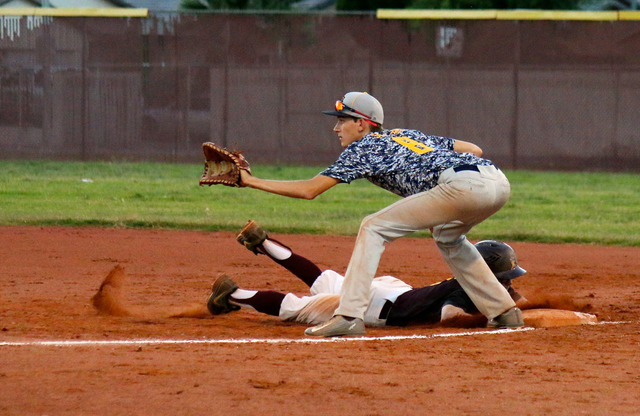 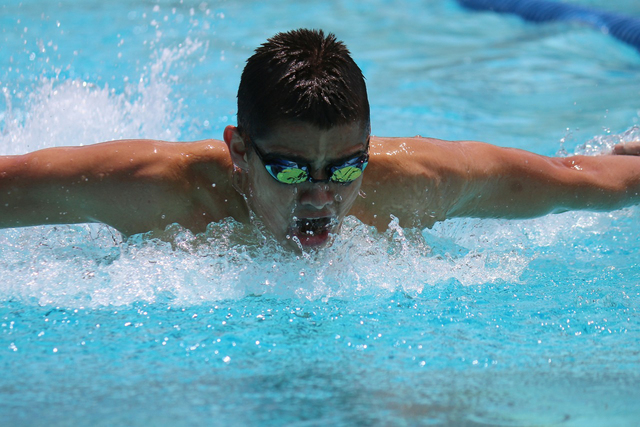 Boulder City traveled to Eldorado on June 11 and topped the Sundevils, 6-4.

Colin Shepard was 2-for-3 at the plate, with two RBIs, while teammate Kodey Rahr was 1-for-4 with one RBI.

Steve Wagner pitched six innings, allowing nine hits and striking out 11. Austin Shepard closed the game with 16 pitches, allowing one hit and sending one player to first base on walks.

Boulder City hosted the Las Vegas Toros on Wednesday, but the results were posted too late for publication. On Sunday, the team visits Shadow Ridge High School for a 10 a.m. game.

Over the weekend, the Boulder City-Henderson Heatwave hosted the June Age Group Qualifier meet at the outdoor Multigenerational Center Competition Pool in Henderson.

The meet was a last-chance opportunity for swimmers to qualify for the June Age Group Championship meet in Irvine, Calif., scheduled today through Sunday.