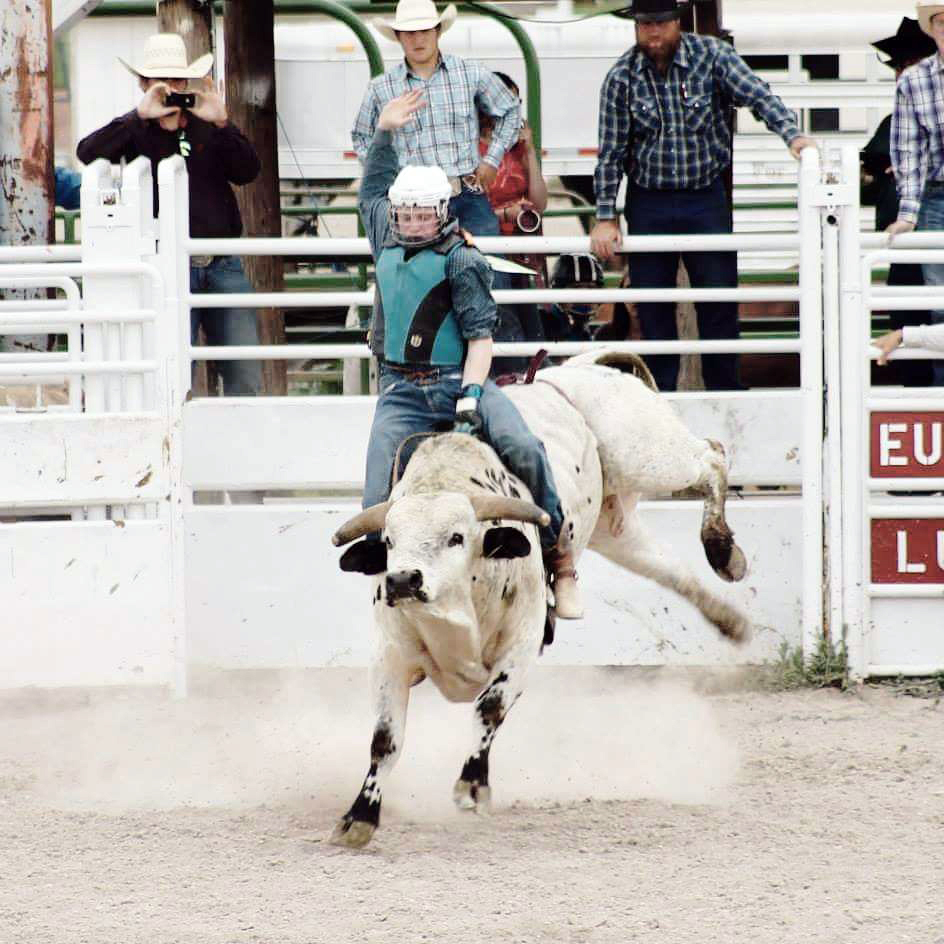 Photo courtesy Kathy Lopan Michael Lopan, who is No. 2 in the state in bull riding on the high school rodeo circuit, is competing in the National High School Rodeo Association finals in Wyoming July 12-18. 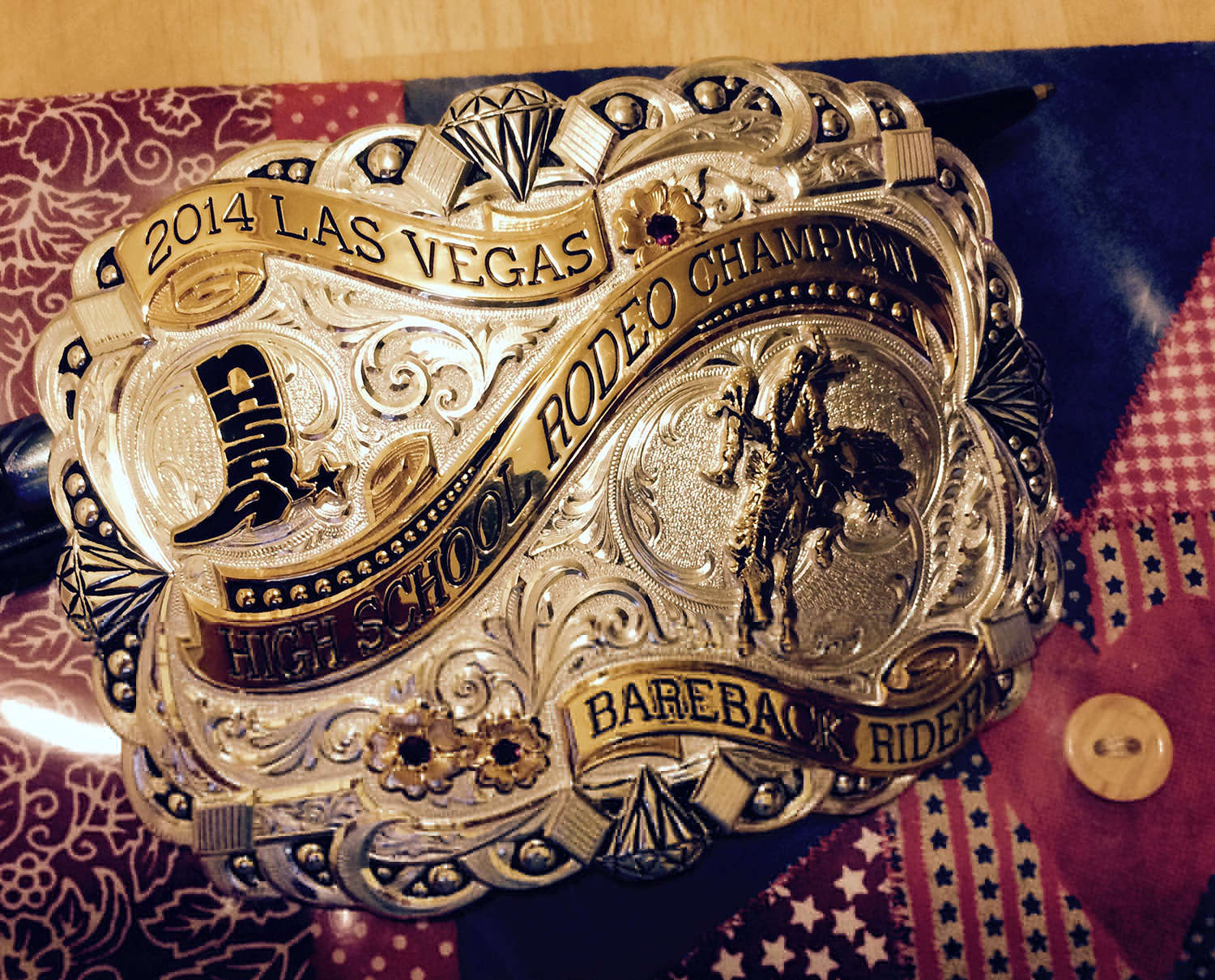 Michael Lopan is living his dream.

Speaking by phone from the event. Lopan said he âfeels excited and Iâm proud to be continuing my familyâs legacy.â

Lopan is soft spoken and hard to hear among all the excitement of a national competition, but he gets his point across. He has ridden competitively since an early age and has done well.

âThe first time I rode a bull I placed third and from then on I wanted to rodeo. My mom was scared and tried to discourage me, because of what happened to my uncle, but I just love it. I wouldnât do anything else,â he said.

His uncle Kiley Lopan was kicked in the head by a horse during competition and spent three months in a coma. He no longer competes but is one source of encouragement for Lopan.

Another great influence in his life was professional bull rider Larry “Shane” Fields, who died in an automobile accident returning from a rodeo in March. Michael, sleeping in the back seat, was fortunate to escape major injury from the crash.

âShane had mentored many of the young riders and loved Michael. After he passed we presented Michael with a bull rope at Shaneâs memorial service. We travelled to Ely shortly thereafter to watch Michael compete and we are so proud of him,â said Fields’ mother, Polly McFarlane of Caliente, Nev., who also is a professional rodeo rider.

Lopan uses the bull rope each time he rides and is reminded of his friend.

He said he plans to acquire his Professional Rodeo Cowboys Association permit during the coming weeks and ârodeo until Iâm 50 and then maybe I will get a job.â

Lopan, who graduated from Boulder City High School in June, secured his future for the next two years by being awarded a full scholarship to Lassen Community College in Susanville, Calif., where he will study metallurgy while competing on the schoolâs intercollegiate rodeo team.

âIt was great being asked to come to Lassen and it will allow me to continue to compete in the sport I love,â he said.

Lopanâs family is his biggest supporter and also his most vocal cheerleader. Sitting around the table, listening to his call was exciting for mom, Kathy Lopan; grandmother, Shirlee Lopan; and grandfather, Larry Lopan.

âHe could have taken a different path, but we always knew he was going to be a rodeo cowboy,” Larry said. “When he was little he would have his bottle in his mouth and be roping the chickens in the backyard.â

As two of Michaelâs biggest supporters and fans Larry and Shirlee often travel to the various rodeos to watch him compete.

âWe canât do much and my health problems of late have really put a damper on our ability to go and watch him ride,” Larry said. “With three generations on my side and four on Shirleeâs the boy has a lot on his shoulders. I rode 15 years until I got hurt and now I just love watching Michael. When you are riding sometimes the adrenaline rush will last for hours and even if you got banged up you donât feel it for a while.â

âThe kids sleep in their trucks or on someoneâs couch or even sometimes in the park just to get the chance to compete. The rodeo community is like a second family and everyone helps when they can,â Kathy said.

âWhen he went to his first rodeo I prayed that he might get banged up enough to scare him away, but this is his life and the only thing heâs ever wanted to do. I couldnât take it away from him when he was younger and now all I can do is hope he has a safe ride. He is a good man and the passion he has for the sport is remarkable,â she added.

Kathy, who is employed by the state of Nevada, said she doesnât get to go to as many rodeos as she would like but waits by the phone to hear how her son did and that he is OK. She beams with pride when she talks of her sonâs accomplishments.

During the past three and a half years Michael has won 13 buckles, each one denoting an event where he was the best, and he is proud of each one.

âI was in a pretty bad way and when he gave me the buckle I promised to build a display case for it. He said no just wear it for me,â Larry said.

These up and coming young athletes are one of the few remaining symbols of the American West and their journey and sacrifices build a character that reflects the values and skills of another era.

Rodeo is a sport where very few competitors have corporate sponsors. Sometimes the prize money is not even enough to cover the entry fee for the next rodeo. When that happens, they call on family and friends for help. Many have set up accounts where friends can donate funds to help them along the way. Michael has such an account at gofund.me/xzc4a3us.