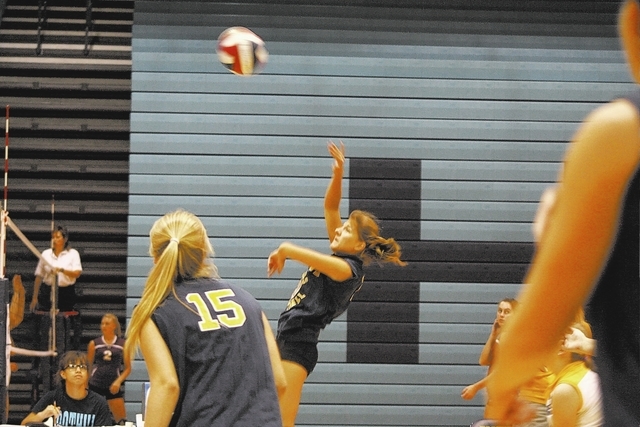 The opening tournament of the Boulder City girls volleyball season went pretty much the way head coach Cherise Hinman thought it would with plenty of mistakes and lineup changes.

Hinman spent the season-opening Las Vegas Invitational helping the team find its chemistry during the grueling two-day event against teams from Nevada, Utah and California.

The Lady Eagles won only one of six matches on opening weekend, defeating Western in two sets Saturday morning at Foothill High School. Boulder City went 0-2 on Friday and 1-3 on Saturday.

It has worked in the past.

“It’s a learning experience each year, but we find out what works best for us,” Hinman said. “Then, we come home and work on it.”

“We weren’t in the tournament looking for victories as much as for playing time together and chemistry, but it was still tough to lose five of our first six games,” senior Kendall Miller said. “We will be better.”

The Eagles soccer team opened the season Tuesday with a 5-5 tie against visiting Pahrump Valley. Senior Yann Moncayo scored twice and had an assist, while seniors Kurt Steinke, Nicholas Walker and James Walsh each scored.

The teams will host Sunrise Mountain on Monday and Desert Pines on Tuesday. Both matches start at 3 p.m.