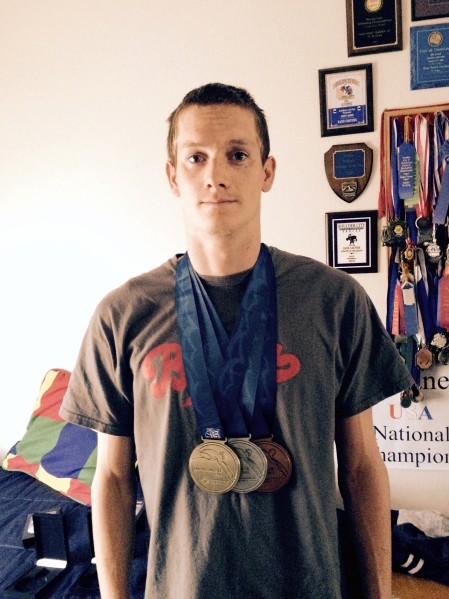 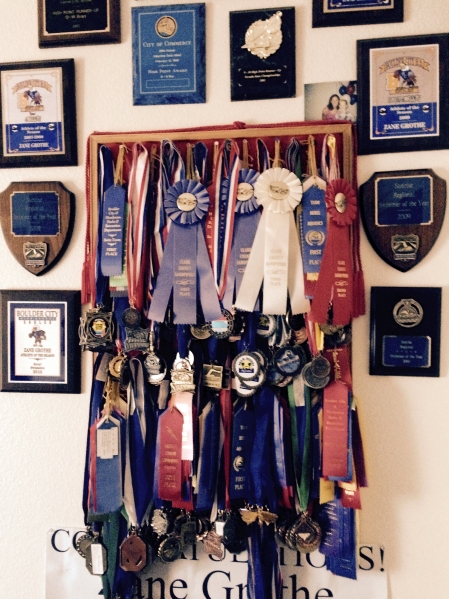 Dedication. It’s the keyword for Zane Grothe in his swimming career and his life.

Grothe, a 2010 Boulder City High graduate, has spent his entire life getting ready for what he feels will be the biggest splash he has ever made in his career.

Grothe began swimming when most other kids were perfecting walking and has known where he wanted to go for as long as he can remember. His parents, Terry and Sy Grothe, moved to Boulder City before he was born and he, along with his three sisters Alexis, Natalie and Rachael, have been in the water ever since.

Grothe swam early competition with the Boulder City Henderson Heatwave and continued swimming all the way through college. Swimming scholarships allowed him to graduate from Auburn University with a degree in aerospace engineering, after having been named an all-American seven times. But that was not enough for the young man who spends most waking moments either swim training or thinking about swim training.

His bedroom walls at home are covered with countless ribbons and plaques awarded from various swim competitions over the years. His latest accomplishments are gold and silver medals at the U.S. Swimming Phillips 66 National championships in San Antonio, Texas.

With his current standing Grothe should be named to the United States National Team this summer.

“I have a pretty good shot at making the U.S. Olympic team if I stay consistent and if everyone else stays at their current levels,” Grothe said.

His coaches at Indiana University, where he is training, agree.

“From the day Zane arrive to train with us here in Indiana in early April, our coaching staff has been so excited about his vast potential. The progress that he has made, in such a short period of time, is pretty stunning for an athlete at his age,” said Ray Looze, head swimming coach. “In a little over four months Zane has put himself in the conversation as a serious Olympic contender. The best part about him is how hard he works and the level of consistency he brings from an intensity standpoint on a daily basis. Zane will be a fun swimmer to watch over the next year to see how this story unfolds.”

The quiet, unassuming, barefoot, young man looks like the perfect model for a competitive swimmer. Tall, thin and without any semblance of body fat the young man looks you in the eye and it is evident he is driven to succeed.

“I swim because like most people I enjoy success. It is something I do well and I want to be the best at. If you don’t continue to make strides forward then it’s time to stop,” he said.

A few years ago he found that he was not progressing at the rate he desired so he thought about quitting. But he found a new training program and now is back and doing better than ever at the sport he loves.

In addition to his training at the university, he is sponsored by a swim club from New York that helps pick up some of the expenses since he turned professional out of college.

Grothe swims against the same group of friends during competitions and recently swam in San Antonio and Austin, Texas, Greensboro, N.C., and Irvine, Calif. Spending a lot of time on the road competing makes him appreciate getting a chance to spend a few days at home in Boulder City. But the idea of moving forward in the pool is what drives him to push himself to the next level.

Look over your shoulder Michael Phelps, a Boulder City boy is coming fast.