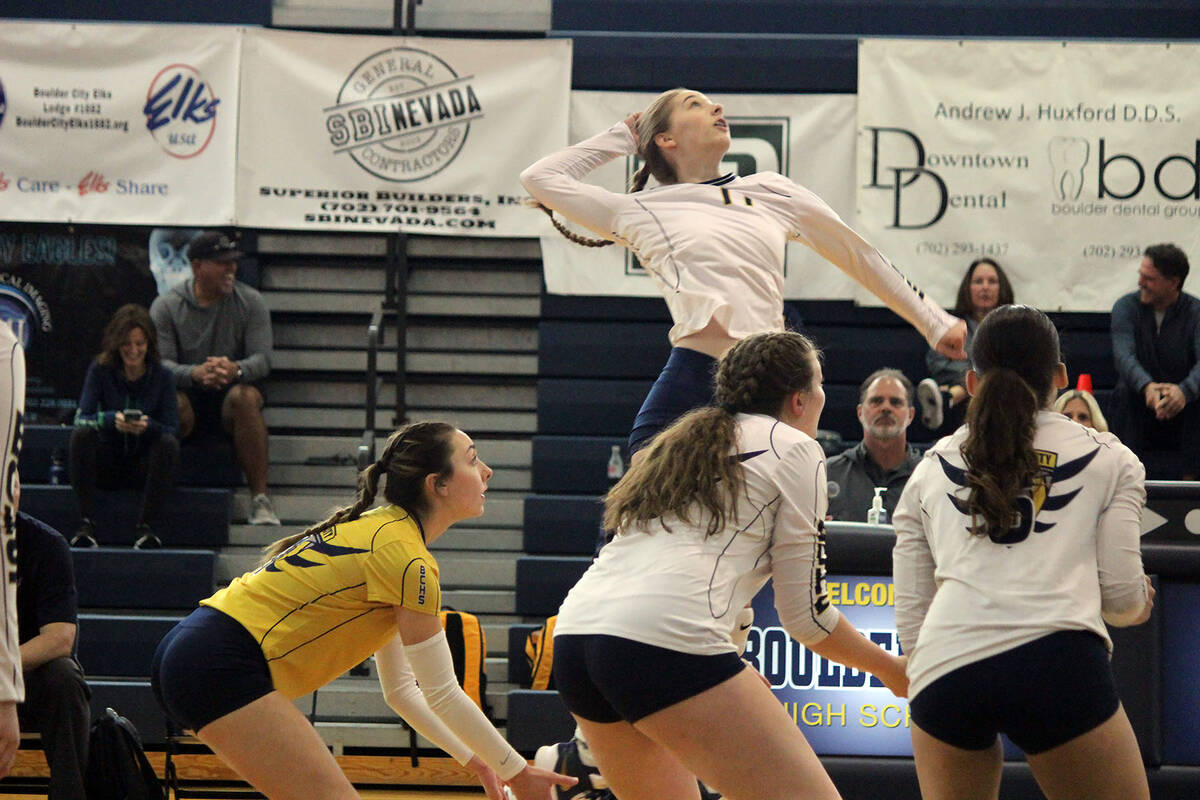 “We got to where we want to be and now it’s time to step up and perform in crunch time,” said head coach Chad Robinson.

“We played well against Moapa Valley,” Robinson said. “We served tough and we played good defense. Moapa is a good team; we did a good job of shutting them down. We had a good game plan and the girls executed it.”

Looking to claim their first 3A state championship since 2019, the Lady Eagles will face Northern challenger Spring Creek on Friday at Clark High School.