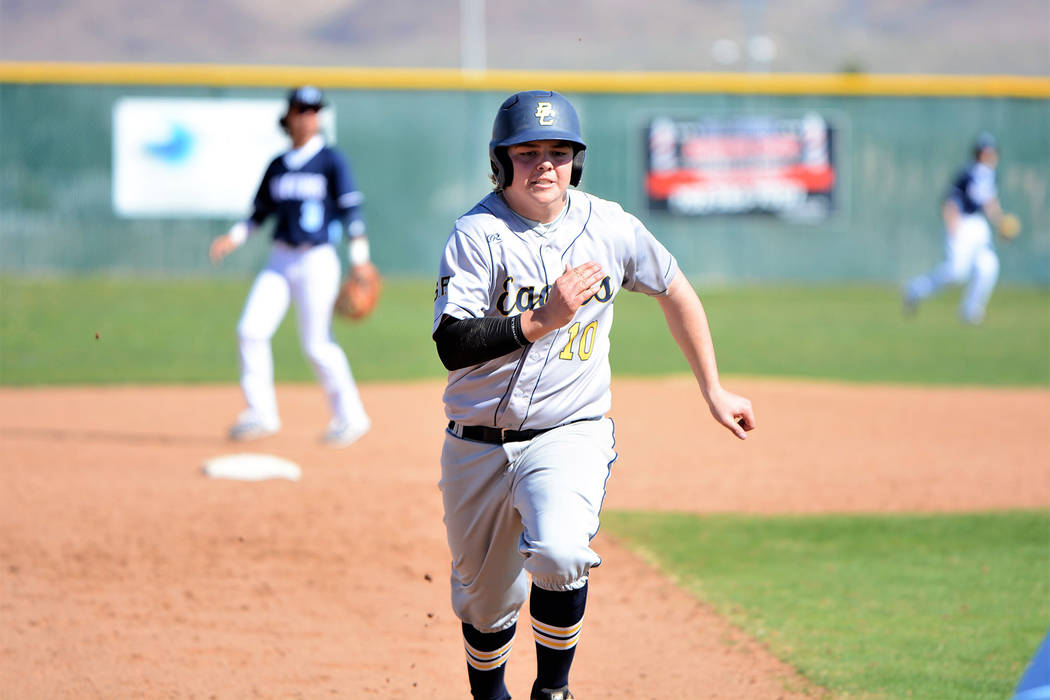 (Robert Vendettoli/Boulder City Review) Boulder City High School sophomore Blaze Trumble, seen running at full speed toward third base against Foothill on March 9, went 3 for 3 and batted in 4 runs during the Eagles' 16-1 victory over Chaparral on Friday, March 29.

Defeating Chaparral 16-1 on Friday, March 29, and Sunrise Mountain 17-0 on Tuesday, April 2, the Eagles have continued their dominance heading into the second phase of the season.

“I think we are playing pretty well,” senior Jimmy Dunagan said. “We spend hours focusing on team at bats at practice. We just try to score as many runs as possible.”

Defeating Chaparral in five innings, the Eagles collected 18 hits, highlighted by a 4 for 4 performances from senior Brendan Thorpe and a 3 for 3 performance from sophomore Blaze Trumble.

Defeating the Miners in three innings, Dunagan led the way with a monster performance, batting 1 for 2 with six RBIs and a home run.

Trumble batted 2 for 2 with four RBIs and a home run and double. Connell batted 1 for 2 with an RBI.