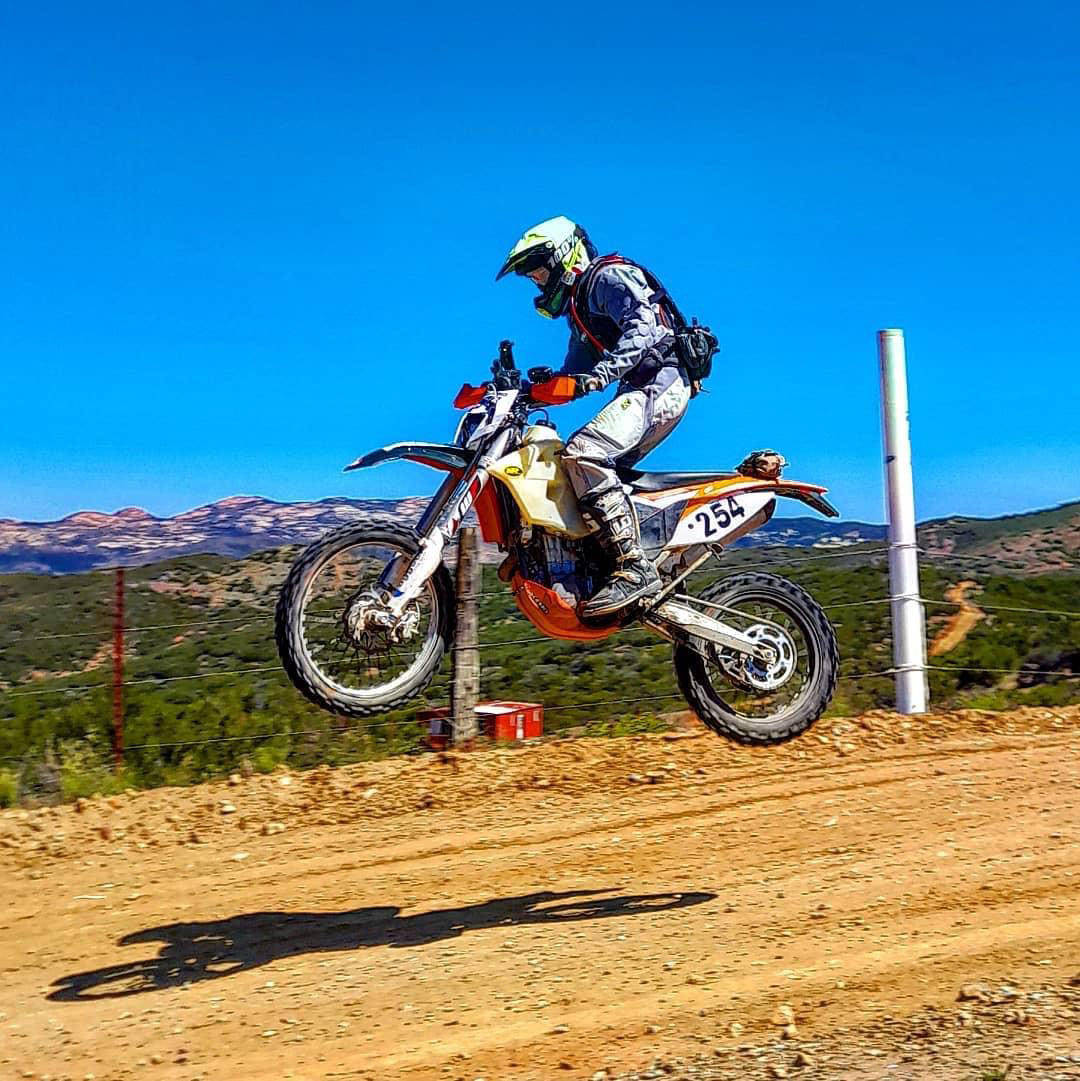 Chuck Harvey Boulder City resident Chuck Harvey races in the NORRA Mexican 1000 Rally in April in Mexico. He came in second in his motorcycle class and used the race to prepare for November's Baja 1000. 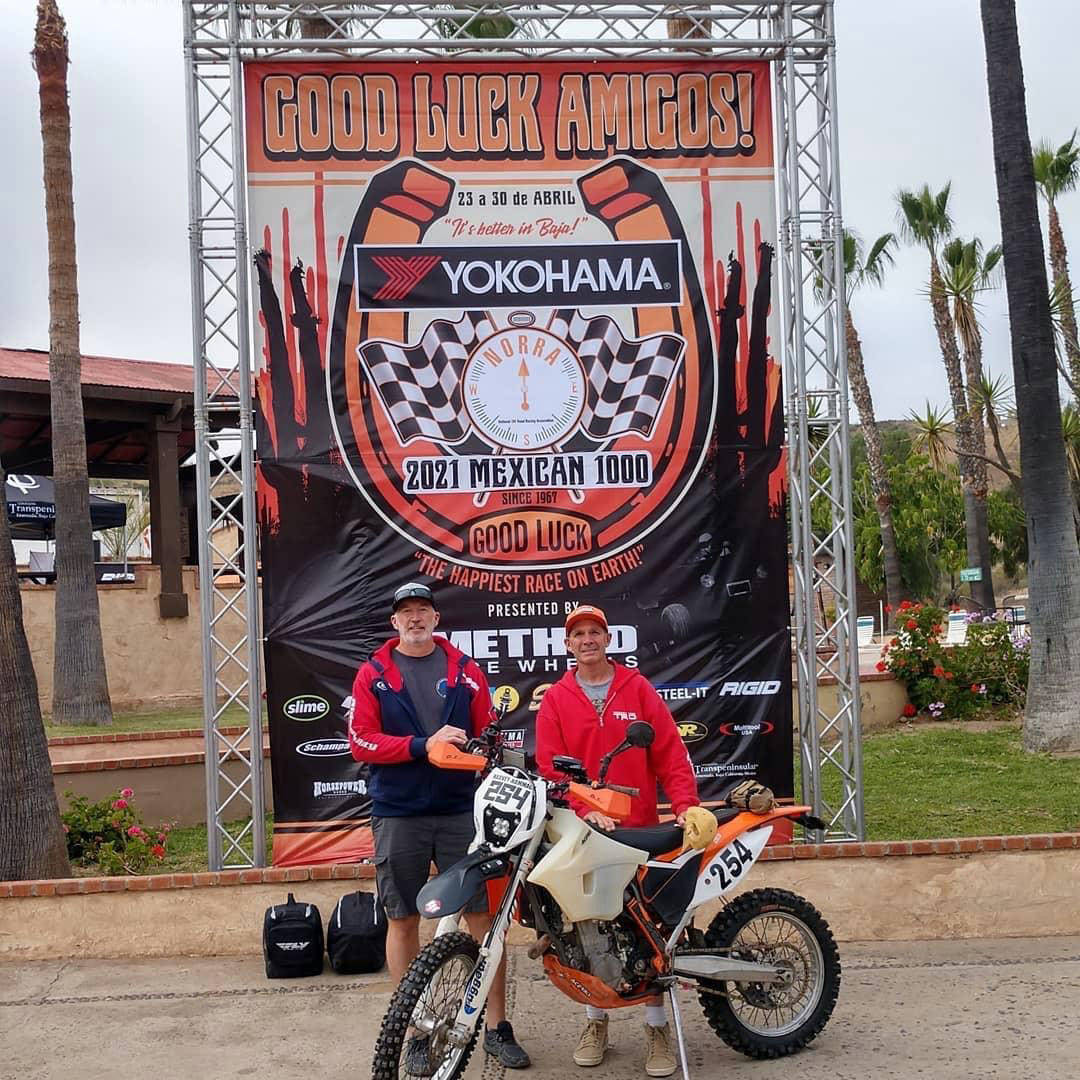 Chuck Harvey Steve Hammack, left, and Boulder City resident Chuck Harvey celebrate their second-place win in the motorcycle class at the NORRA Mexican 1000 Rally in April. Harvey is currently training for the Baja 1000 in November.

The Baja 1000 is a 1,000-mile off-road desert race in Ensenada, Mexico, on the Baja California Peninsula.

The race takes motorcycles and other off-highway vehicles through the desert, traveling for miles from checkpoint to checkpoint and can take days to complete.

Harvey has been participating in it since 1976 and racing the Baja series for about 10 years.

“You’re racing off the main highway on dirt roads and old ranch roads that are pretty rough,” he said. “There are big pockets of silt that can be dangerous. It can be a real challenge.”

Harvey said he participates in numerous races like this throughout the year and each one has a singular purpose.

Harvey said he loves the food, the people and the views of the ocean during the annual five-day event.

“The locals just love it,” he said. “They celebrate the Baja 1000 like the Superbowl and New Year’s Eve rolled into one.”

Harvey and his racing team participate in the Pro Moto Ironman class of the race. It is for single-rider motorcycles with 200cc engines. Throughout the five-day race, the drivers race from one point to the next. The team members can trade off driving different legs of the race.

Harvey said the race is very difficult and approximately 20-25 percent of the entrants don’t finish.

“Just getting through it is an accomplishment,” he said.

Harvey said he and his team have come in second and third place at past races but have never won their class. He said he is hoping they do that this year and one way they are preparing is by participating in different challenging desert races.

On Saturday, June 26, Harvey and his son, Tyler, came in first in their class and second overall at the Motorcycle Racing Association of Nevada’s Desert Series.

At the recent NORRA Mexican 1000 Rally, Harvey came in second in the motorcycle class.

“I won it but was credited overall with second because I missed a virtual checkpoint,” he said.

Despite the difficulties and issues that come with races, Harvey said he still enjoys it a lot.

“It’s a challenge, and it’s a lot of fun,” he said. “I actually like the part that’s rough and kind of miserable. … It’s kind of tranquil being out there alone even though it’s a race.”