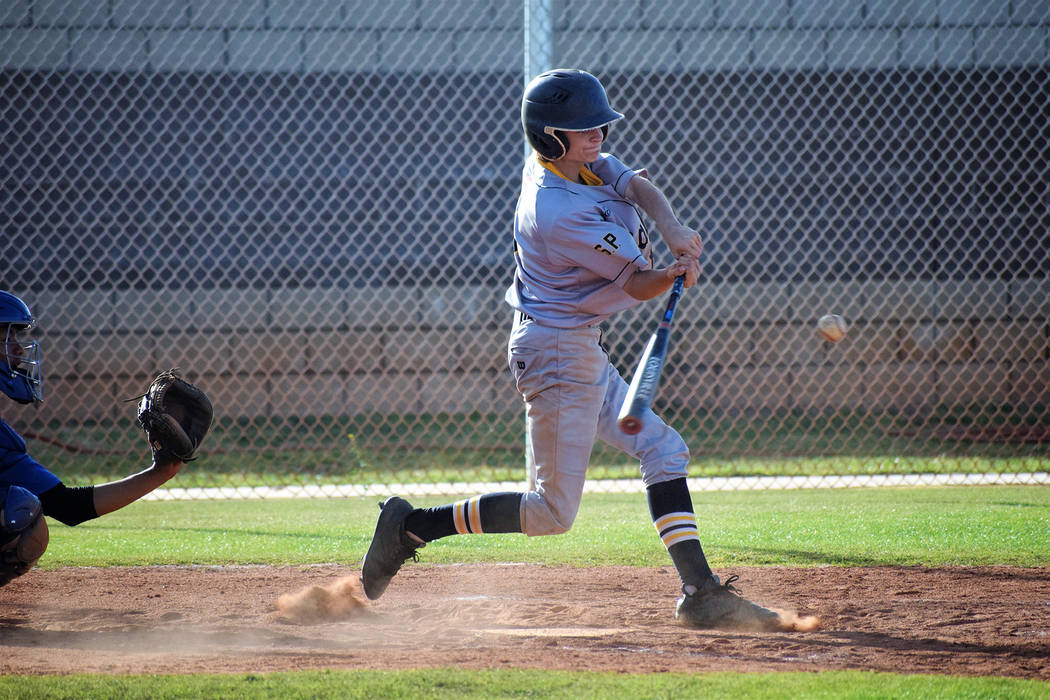 Coming off four consecutive 3A state tournament appearances, the Boulder City High School baseball team will be young this season but full of potential.

“I think we have a chance to be really good by the end of the season,” head coach Ed McCann said. “We’re a younger team, but we have a lot of talented guys on our roster. I like the makeup of this team.”

Sophomores Joey Giunta and Troy Connell should have a large impact on the Eagles this season on both sides of the ball.

One of the top players in the 3A Sunrise League, Giunta has the makeup of an ace on the mound after throwing 22 innings last season for a 3-2 record and a 3.82 ERA. A two-way star, Giunta batted .352 with 16 runs batted in, three doubles and a home run and a triple.

Connell is also poised for a breakout season after compiling 3-0 record in 21 innings pitched with a 3.67 ERA and 16 strikeouts. At the plate, Connell batted .321 with eight RBIs.

“Joey and Troy had really good seasons for us last year, and I think that will only help them grow,” McCann said. “We’re hoping them already playing varsity and contributing will help us early on. We’re really young and inexperienced at a lot of positions, but we have the talent to fill those holes.”

“My goal this year is to get another state title,” Dunagan said. “We got the guys to do it; we just have to come together as a team and play for each other.”

Hoping to make contributions to the Eagles as transfers, seniors Brendan Thorpe and Brian Miller round out the roster after both playing for 4A Basic last season. A potential high-impact player, Thorpe batted 5-for-12 with 11 RBIs and a home run and double apiece in limited action.

“Both of them are solid players,” Dunagan said. “They bring good pitching and bats to the team.”

Looking to play the toughest competition possible, the Eagles will start their season today in the 4A Bengal Varsity Tournament. Games are scheduled against Spring Valley today, March 7, with Durango on Friday, March 8, and a double-header against Foothill on Saturday, March 9. The Eagles then have a road game at Pahrump Valley on Monday, March 11, and their home opener against Western on Wednesday, March 13.