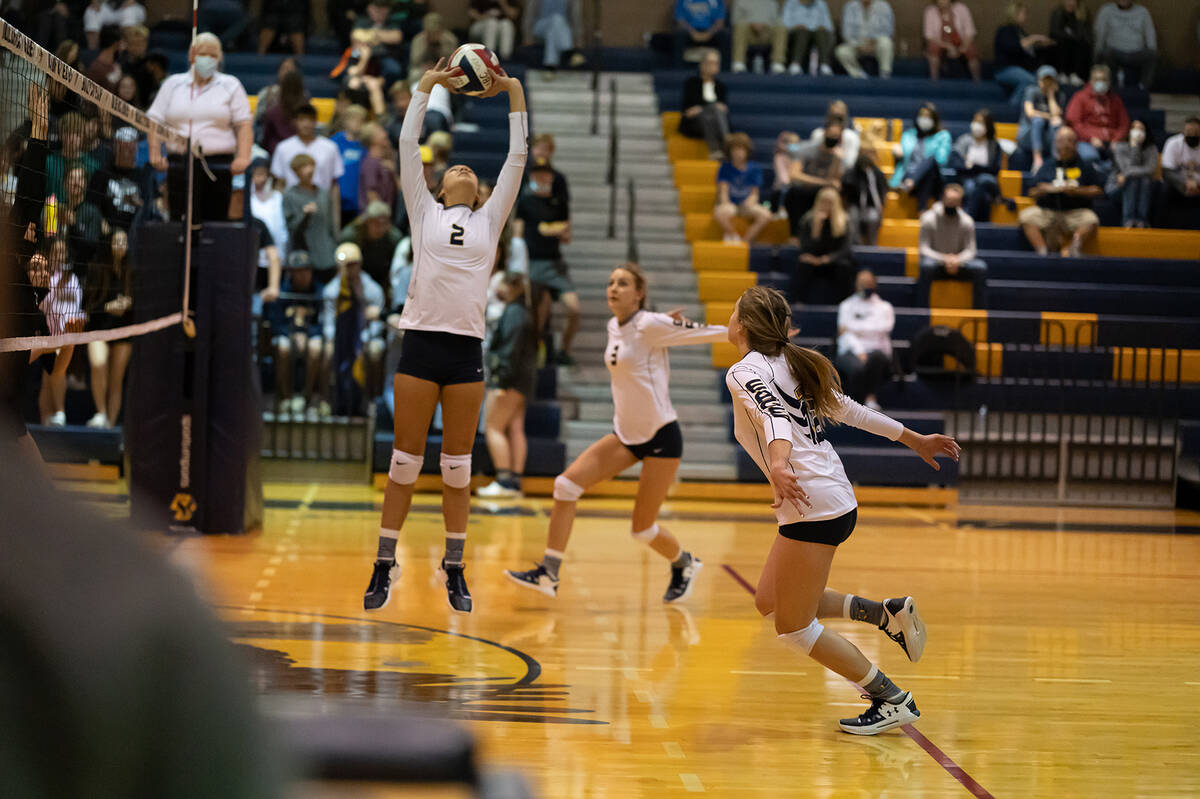 Entering as the No. 2 seed in the South after falling to rival Moapa Valley 3-2 on Nov. 5 in the regionals, the three-time defending 3A state champions are still in it this season, its attempt for a coveted fourth title.

“We talk about tradition all the time with the girls,” said head coach Chad Robinson. “We’re proud of them for making another state tournament and now we have to go to work and try to win another championship. Heading into the tournament, I feel we’re peaking at the right time and I really like our chances.”

Pinning Moapa Valley against the ropes early in the Southern Region final, the Lady Eagles jumped out to a commanding 2-0 lead with 25-19, 25-14 victories, before letting Moapa Valley (30-3 record) back into the ball game.

Falling in matches three and four 25-21, 25-18, respectively, the Lady Eagles and Pirates battled to a 15-9 finish in the final match in what looked like an instant playoff classic.

“Obviously, we would have liked to win that game, but there were definitely positives to take away from it,” Robinson said. “It had been a while since we played them and we hadn’t really been tested since. I saw a team out there who played well and really wanted it. I’m happy with our team.”

Boulder City will face Truckee at Hug High School in Reno on Friday in the 3A state semifinals.