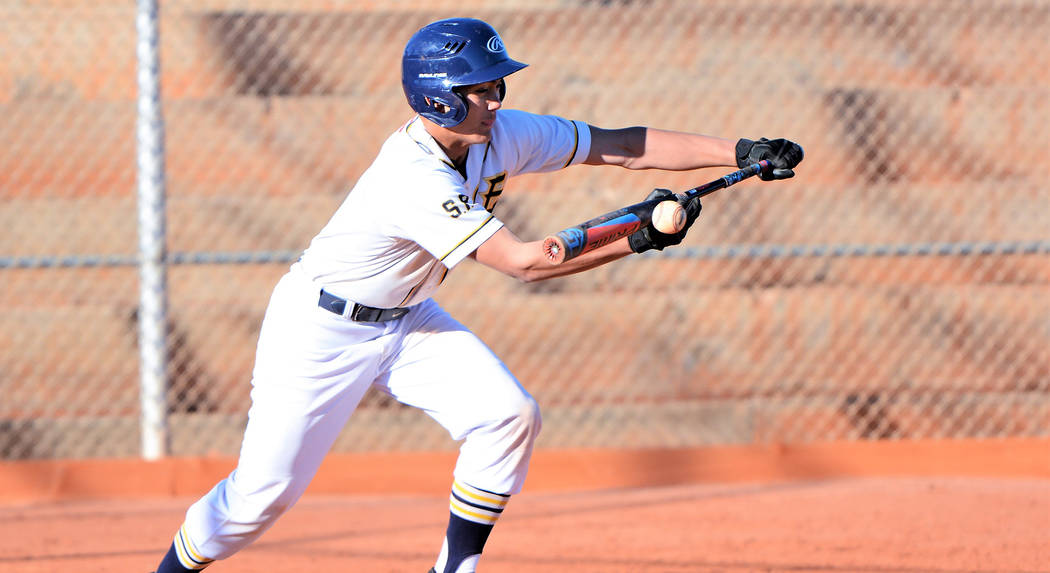 Boulder City High School’s baseball team is playing at a high level to start the season, returning home from Utah with a 4-0 record after a stellar performance in the Southern Utah Spring Kick Off Tournament held March 15-16.

“I’m really pleased with how the guys played,” head coach Ed McCann said. “We came into this tournament as the smallest school and I think some of these other teams thought they were going to take advantage of us, but I tell you these boys have no quit. They were fatigued, but they kept grinding. They go out and they just want to win games.”

Getting up for big games and playing lights out, the Eagles are gelling ahead of league play, with hopes of capturing their fourth 3A Sunrise League title in five seasons.

“The team has been playing really well together,” senior Jimmy Dunagan said. “We love playing tournaments elsewhere because it shows us better teams and better pitching. It prepares us for the better north (Nevada) teams we plan on seeing at the end of our season.”

Clicking on all cylinders on the mound, seniors Brendan Thorpe and Brian Miller each picked up victories, along with sophomore Joey Giunta and Troy Connell.

Connell picked up the victory against Western, while Giunta defeated Mojave. Sophomore Scott Bahde picked up the win over Del Sol, throwing five innings where he struck out 10 batters.

“I really like our pitching,” McCann said. “We have a lot of arms that can go out there and win us games. We have starters putting up great innings and then relievers coming in and doing their job. As a team your only as good as your pitching and I like ours. Pitching and defense is what wins championships.”

The Eagles will host SLAM Academy on Friday, March 22, and Democracy Prep on Monday, March 25, before traveling to face 4A Silverado on Wednesday, March 27.