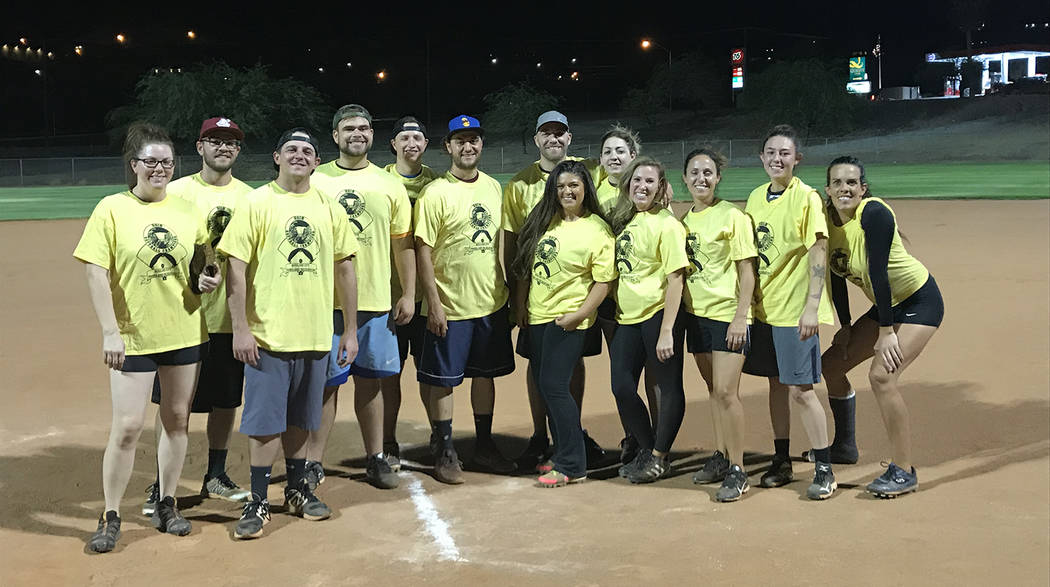 While Lakefront Pool and Contracting was the top-seeded team, it was Boulder Dam Brew Pub that came up the ranks to beat Boulder Dam Credit Union 13-5, according to Kelly Lehr, sports coordinator. She said big hits came from Tyler Bletsch, who had three of his eight home runs and 10 of his 17 RBIs this season in the championship game on Sunday.

The men’s summer basketball league will finish its last round of league games this week before heading into a double-elimination tournament.

Coed softball and men’s softball will begin their fall leagues in early September. A manager meeting is scheduled for 7 p.m. Aug. 23 in the old gymnasium at the Recreation Center, 900 Arizona St.

Soccer clinics to be held Aug. 18

The sports department is hosting a hockey clinic for this year’s past floor hockey participants from 10-11:30 a.m. July 31 in the gymnasiums at the Recreation Center, 900 Arizona St.

Players from the kindergarten, first and second grades, and third- through sixth-grade leagues are welcome to attend the free event. Players may wear their team jersey for admittance.