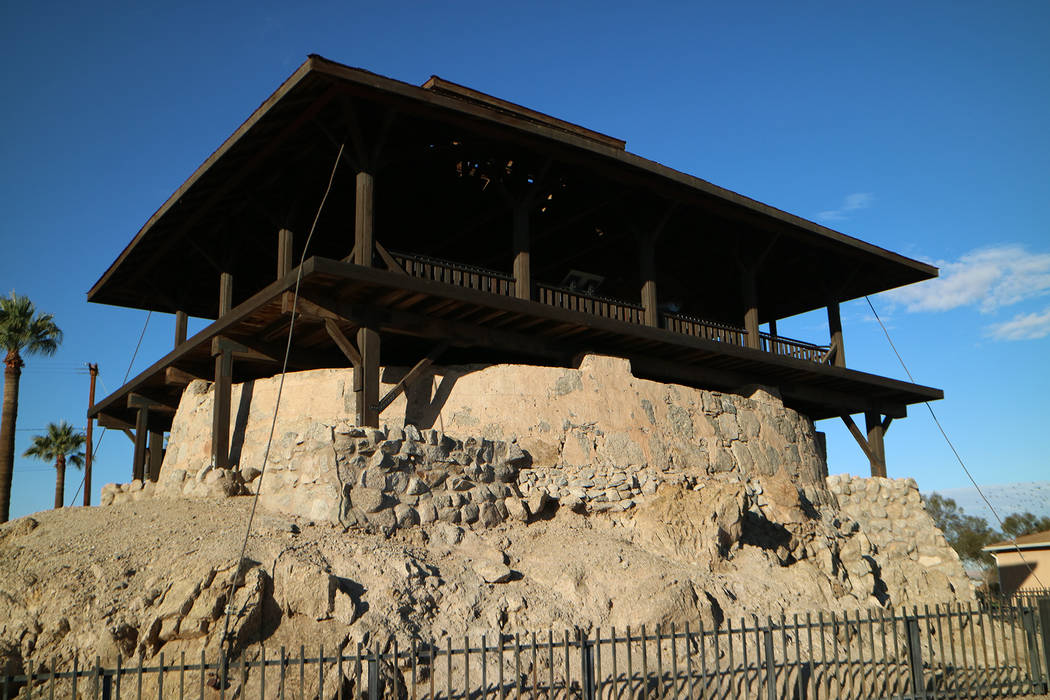 (Deborah Wall) The Yuma Territorial Prison in Yuma, Arizona, opened in 1876 and housed more than 3,000 male and female prisoners over 33 years. The guard tower offers views of the prison, Colorado River and nearby wildlife preserves. 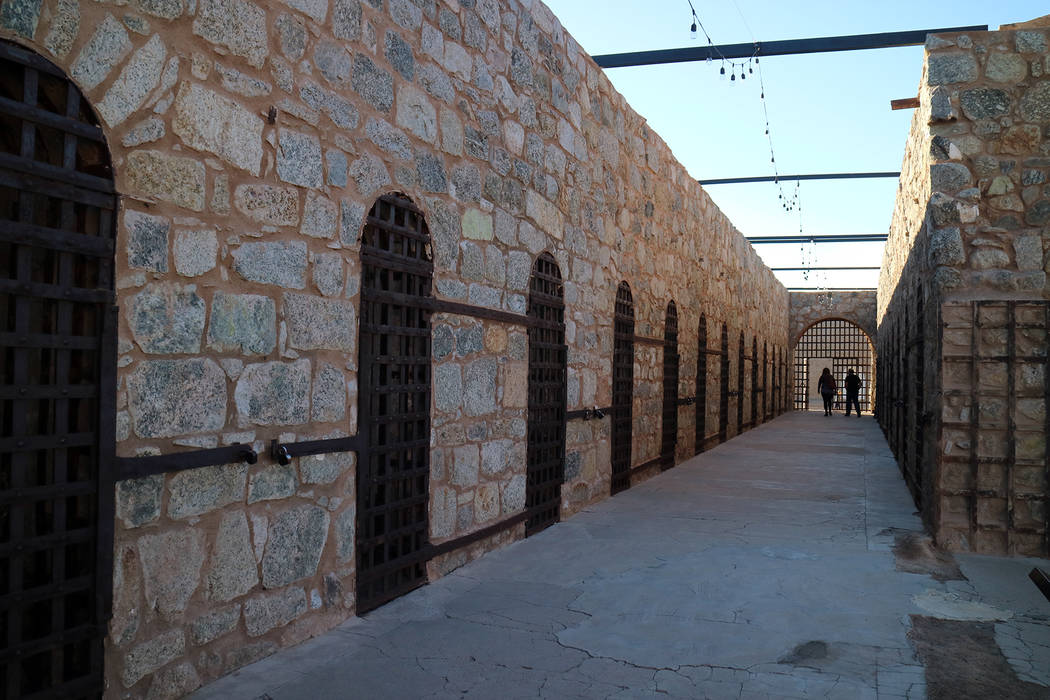 (Deborah Wall) A cell block at the Yuma Territorial Prison State Historic Park is dreary and provide a glimpse into what prisoners experienced. 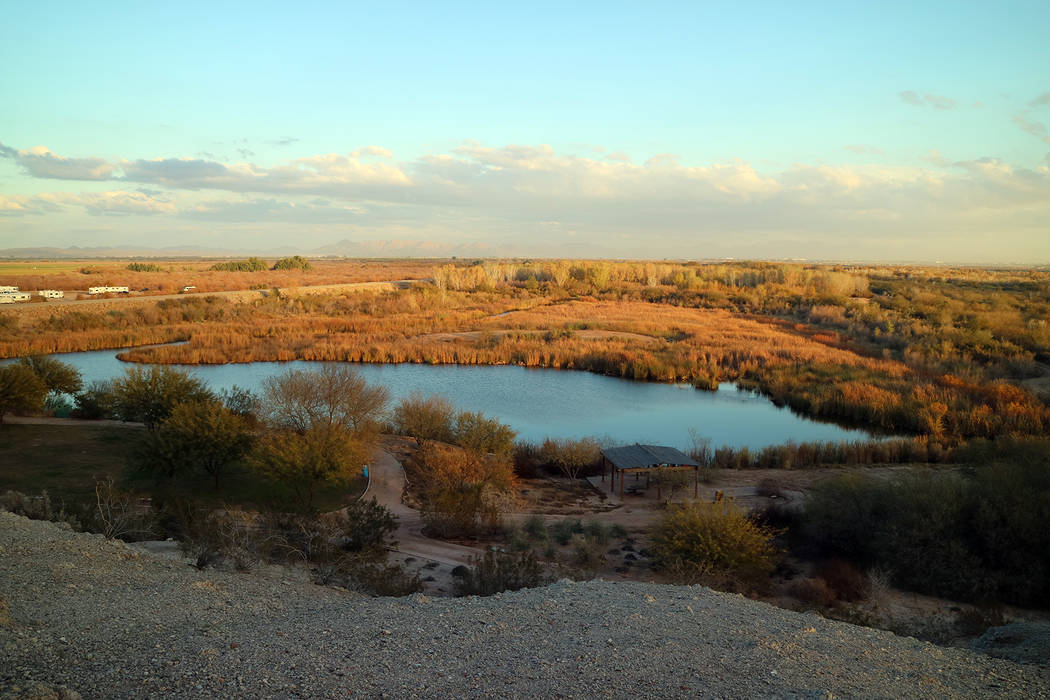 (Deborah Wall) The Yuma East Wetlands in Arizona offers a natural habitat for birds and wildlife as well as a network of trails for hikers, bikers and birders.

A weekend getaway to Yuma, Arizona, isn’t a destination for those seeking glitz and glamour, but it’s an interesting town noted for its historic sites and outdoor spots.

Most people have only heard of Yuma from the movies, especially the one titled “3:10 to Yuma,” the first starring Glenn Ford in 1957 and the popular 2007 remake starring Russell Crowe and Christian Bale.

Yuma lies an easy drive from Boulder City, taking about 5 hours. It is in extreme southwestern Arizona, bordering California and Mexico, and is home to some 100,000 people. Its population balloons annually when as many as 85,000 snowbirds arrive to enjoy its mild and pleasant winters. Average daily high temperatures in February are in the mid-70s, with lows around 50 degrees, and in March you can expect temperatures reaching 80 degrees, with lows in the 50s.

Yuma’s economy today relies on growing winter vegetables and military testing and training. But, since the 18th century it was known as one of the few safe places to cross the still-untamed Colorado.

While the Yuma Territorial Prison State Historic Park draws plenty of attention there are other places to see. Well worth anyone’s time are also the Yuma Quartermaster Depot State Historic Park and the excellent hiking and birding opportunities along the Riverfront Trail in town and at Imperial National Wildlife Preserve, just north of town, both along the lower Colorado River corridor. The historic downtown is itself interesting with its covered sidewalks, reflecting life in a hot climate prior to air conditioning.

The 10-acre Yuma Quartermaster Depot State Historic Park is a good place to start a visit to Yuma. The U.S. Army established this depot to furnish frontier posts in the 1860s. Supplies and cargo were provided from here, transferred to river steamboats on the Colorado River and then moved overland to various Western posts, including as far away as Fort Churchill in Northern Nevada.

The quartermaster’s house is well worth seeing here. It is an elegant Victorian home filled with furnishings from that era. The Yuma Visitor Center is also on the property and has an enormous selection of Arizona maps and brochures. Gates are open daily from 9 a.m. to 4:30 p.m. through May. Call 800-293-0071 or visit http://www.visityuma.com for more information.

Logically, the next place to visit would be the prison, just a few minutes from the park. It was opened for business in 1876, operated 33 years and housed 3,000 prisoners. The exhibits, such as photos of famous male and female prisoners and examples of uniforms, are fascinating but it’s taking a self-guided tour of the cell blocks themselves that you really get a feel of what it was like. The cells are small and made of solid rock and all have heavy iron doors. Some are said to be haunted. Winter hours are 9 a.m. to 5 p.m. Call 928-783-4771 or visit www.yumaprison.org for more information.

For an outdoor activity that’s more uplifting, head to the Riverfront Trail along the Colorado River. The trail is a great one for birders, as close to 400 species of birds have been recorded here.

Just north of town you will find the 25,768-acre Imperial National Wildlife Refuge. This protects about 30 miles of shoreline habitat for birds and other wildlife along the Colorado River. If you only have time for one hike here, I would choose the 1.3 mile Painted Desert Trail, home to colorful formations created from millions of years of volcanic activity. Additional information is available by calling 928-783-3371 or visiting http://www.fws.gov/refuge/imperial.