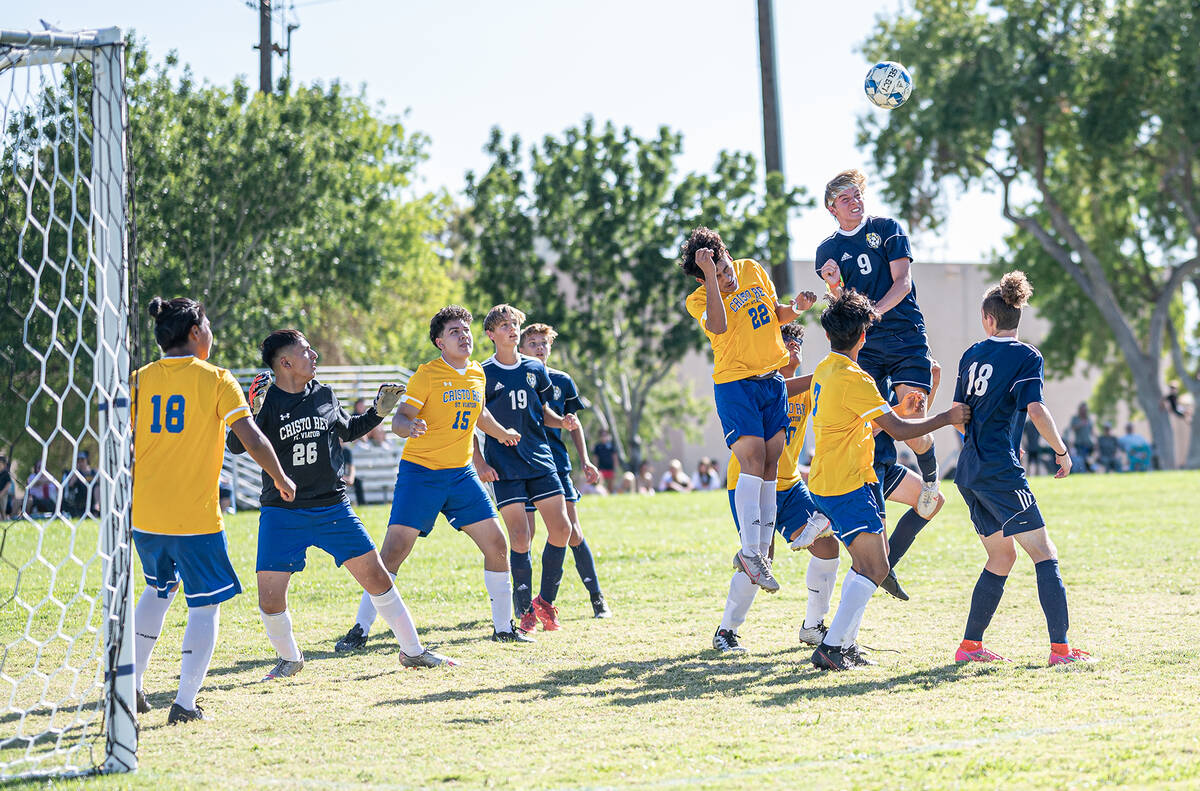 “It feels great after all the hard work I’ve put in on the field, at home and in the gym all summer long,” Kesler said.

Kesler was chosen from the 3A Eagles, beating out worthy competitors from larger 4A and 5A classified schools on the national source for high school athletics.

“The kids at Boulder City have the chance to be special and gain recognition, even though they play for a smaller school,” boys head coach Haden Jaramillo said. “For Gavin specifically, no matter where he’s at, he going to turn heads. He’s a big, strong kid who’s fast and has a lot of skill. It wouldn’t matter what school he’s at, people are going to notice him. We’re happy he’s with us.”

Showing off his offensive skill set early during the Eagles’ first two games, Kesler scored a total of five goals for Boulder City.

To open the season Aug. 26, Kesler recorder a three-goal hat trick against Mater East, putting the rest of the 3A classification and Maxpreps on notice of his dynamic ability.

“I expected him to have a great start to the season,” Jaramillo said. “Our team is 100 percent different without him. I expected him to make an impact early and I know he’ll continue to do so throughout the rest of the season. He’s a great player.”

Hoping to continue his hot start to the season, Kesler humbly said that even after being named player of the week he has areas in his game to improve if he wants to reach the lofty goals he set for himself.

Looking to get the Eagles into the playoffs, Kesler has also started thinking about his collegiate recruitment. With more outings like his first two games for the Eagles, both look like they could be achievable.

“My goal this season as a captain is to bring the team to playoffs and make it as far as possible,” Kesler said. “I know I need to get my weak foot stronger as I start thinking about colleges.”