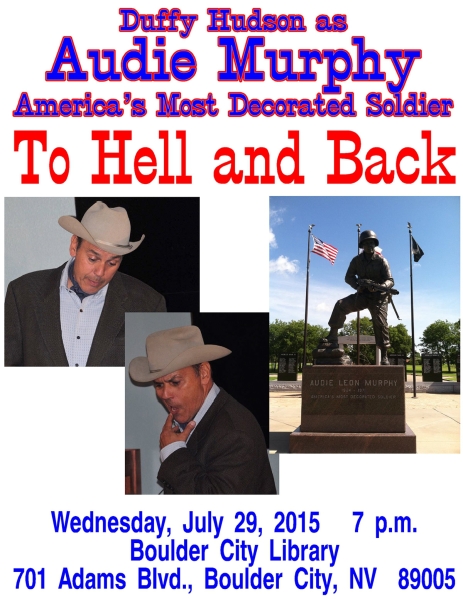 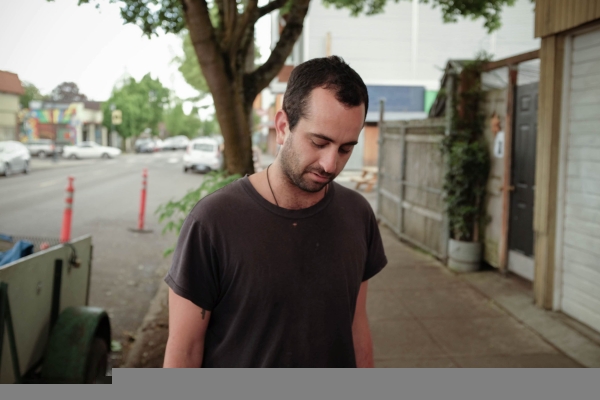 If you have an event you would like to submit, send your information about the event, along with your name, to news@bouldercityreview.com.

1. OREGON FOLK ARTIST: Portland, Ore.-based, American folk artist Tommy Alexander brings his talents to Boulder Dam Brewing Co. on Friday. His songwriting has been described as potent and powerful. he began writing songs in 2007 after deciding to drop out of college and quit playing baseball; prior to his 21st birthday, when he received a guitar, he had never written or played music. Alexander performs from 8-11 p.m. The Brewpub is at 453 Nevada Way. Call 702-243-2739 or visit www.boulderdambrewing.com for more information.

2. HISTORICAL PORTRAYAL: Actor and master impressionist Duffy Hudson brings his one-man show “Audie Murphy: To Hell and Back” to Boulder City Library on Wednesday. Murphy was America’s most decorated war hero after World War II and made it his personal mission to help fellow former soldiers cope with post-traumatic stress disorder, long before most had even heard about it. The performance begins at 7 p.m. at the library, 701 Adams. Blvd. Call 702-293-1281 or visit bclibrary.org for more information.

3. RISING STAR: Texas singer-songwriter Joe Teichman will bring his unique sound to the Boulder Dam Brewing Co. on Saturday. Although he claims to be relatively unheard, that description is changing quickly as he opens for performers across the state and branches out into new territory. His debut album is in the works. Teichman performs from 8-11 p.m. The Brewpub is at 453 Nevada Way. Call 702-243-2739 or visit www.boulderdambrewing.com for more information.