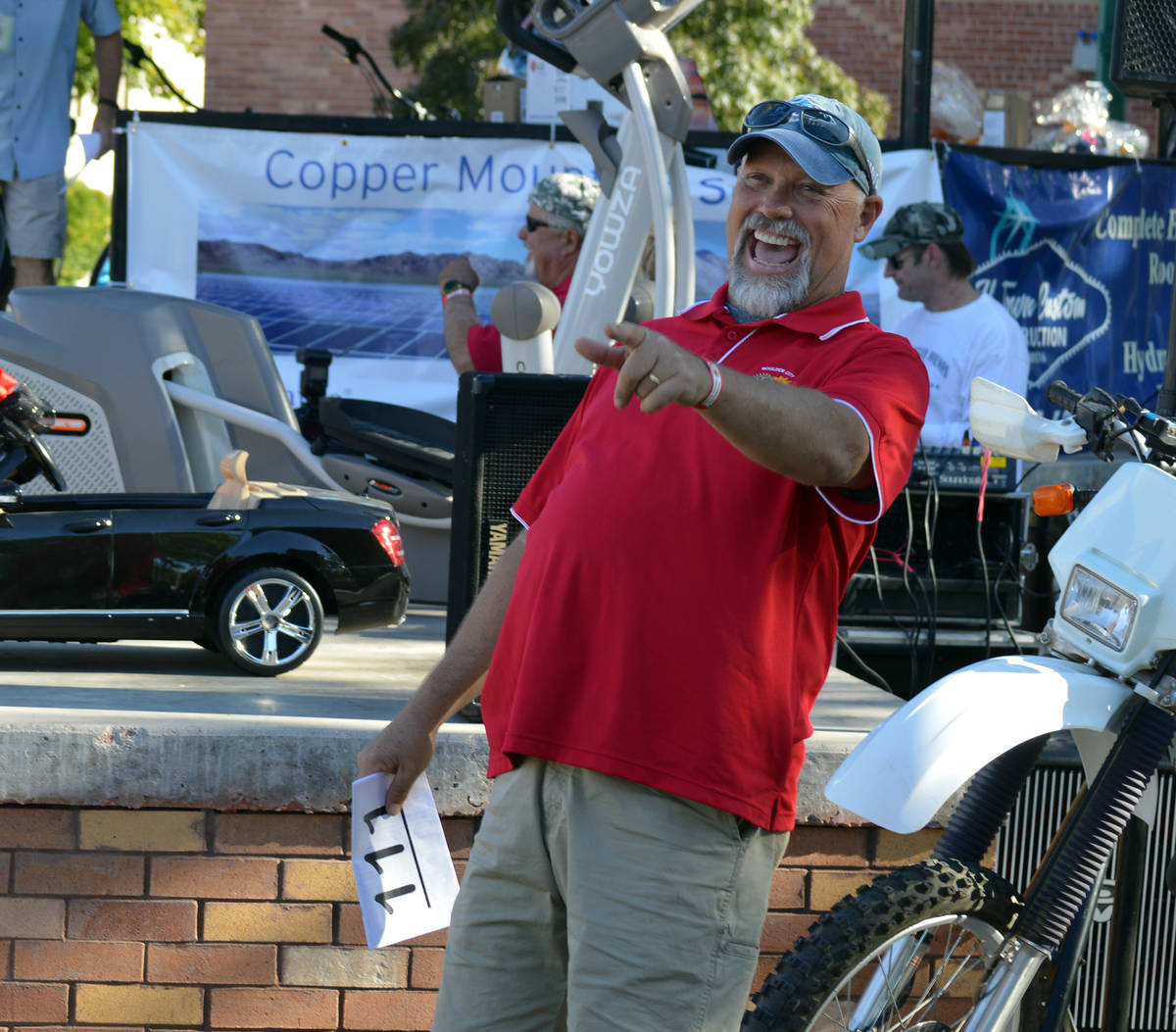 Scott Hinson spots a bid during the live auction at a past Würst Festival put on by the Boulder City Sunrise Club. Due to the pandemic, this year's Würst Festival Ever! will be an online auction, running from Sunday, Oct. 11, to Saturday, Oct. 17.

Boulder City Sunrise Rotary Club is holding a weeklong online auction for this year’s Würst Festival instead of its usual weekend event.

“We thought it was important to still do something for the community,” said club President Amy Carvalho. “It’s also our largest fundraiser of the year.”

Carvalho said the online auction at www.wurstfestivalauction.com features almost 140 items that people can bid on throughout the week. To participate, they just need to register on the website and bid. When they’ve been outbid, they will be notified.

“It’s not the same as our silent and live auctions, but I think it will be fun,” she said.

Proceeds from the Würst Festival support the all-night graduation party for Boulder City High School seniors and other charitable projects. Usually it takes place over a weekend and brings in thousands of people. Two of its highlights are the live auction and the beer with grilled bratwurst.

To help satisfy the needs for brats and beer, Carvalho said they are partnering with restaurants in town.

“We … want to support local businesses,” she said. “Each day of the week will have a brat and beer special (at a participating restaurant). … That was the best we could do while supporting our local businesses.”

“We don’t have specifics on their offerings but customers will be able to have a bratwurst and a beer,” Carvalho said, adding that members of the club are expected to be on-site for questions and assistance with the auction.

In addition to the online auction, people can make donations through the website.