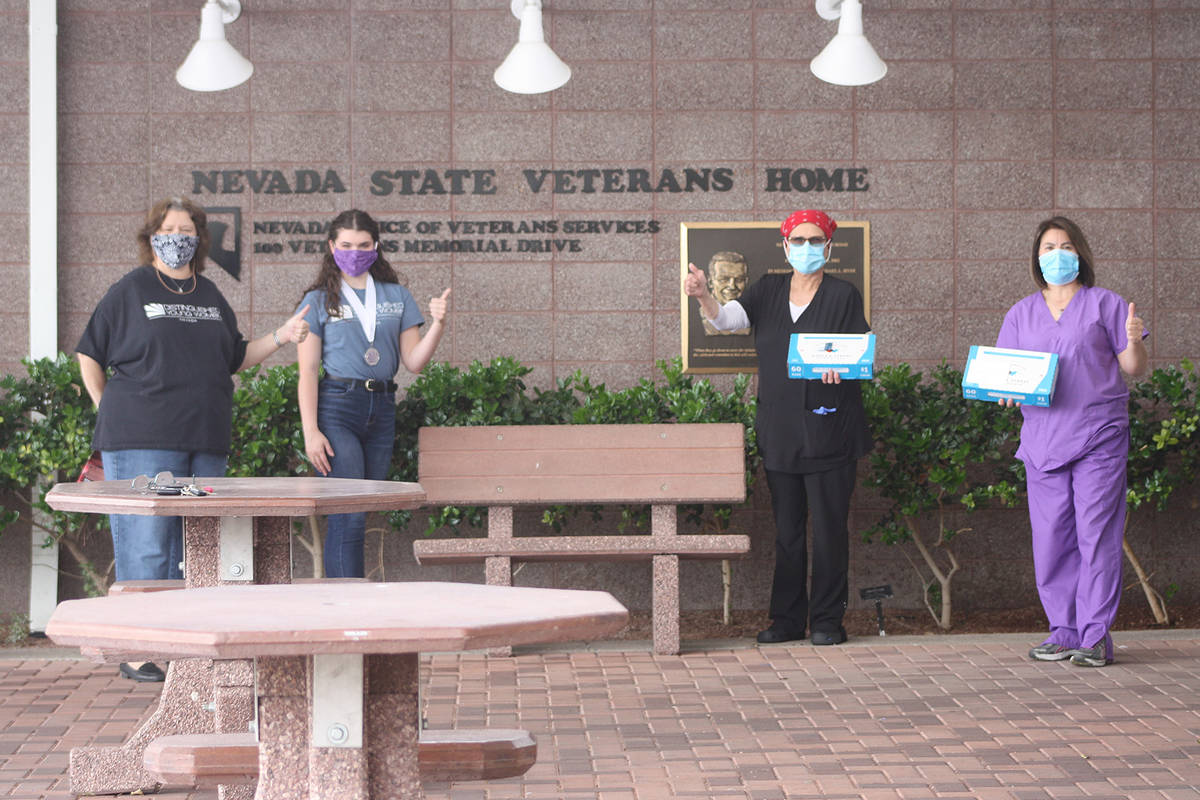 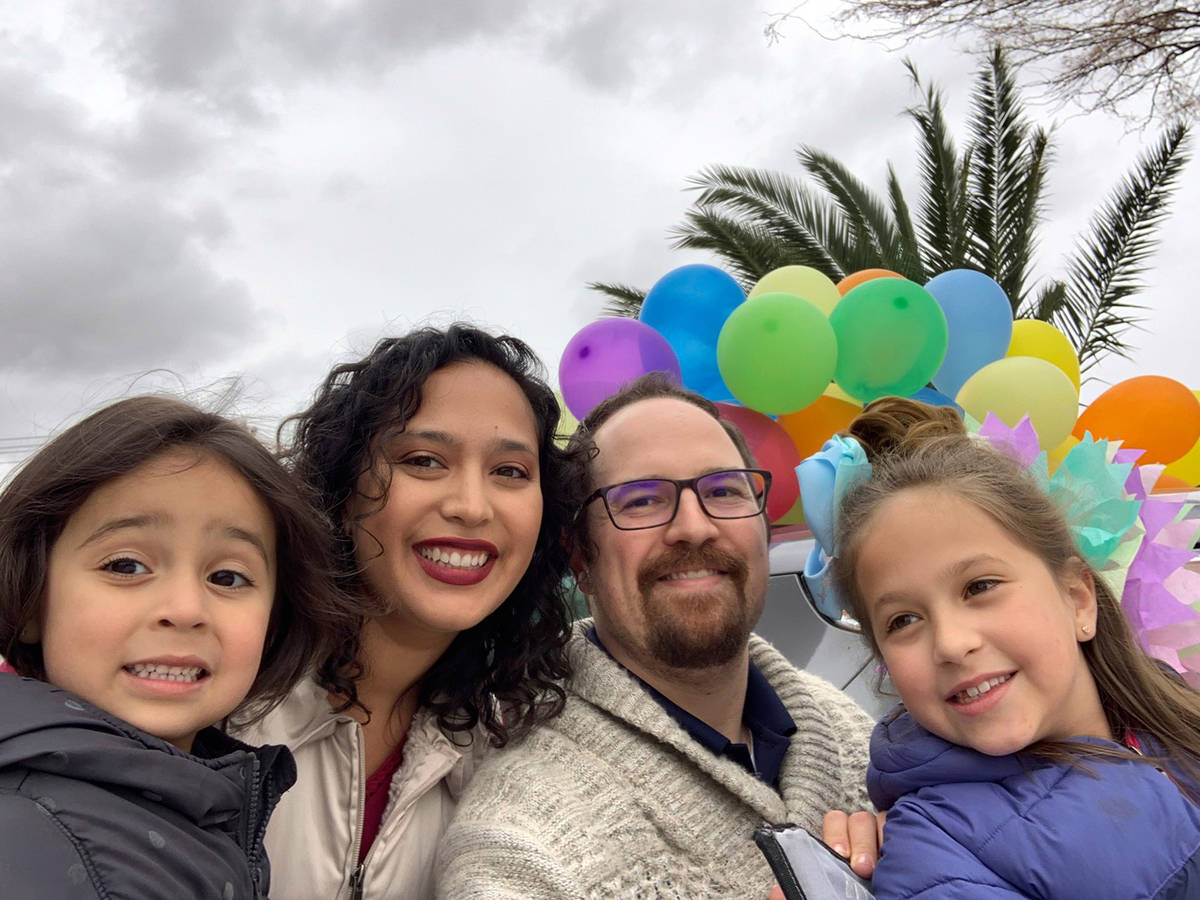 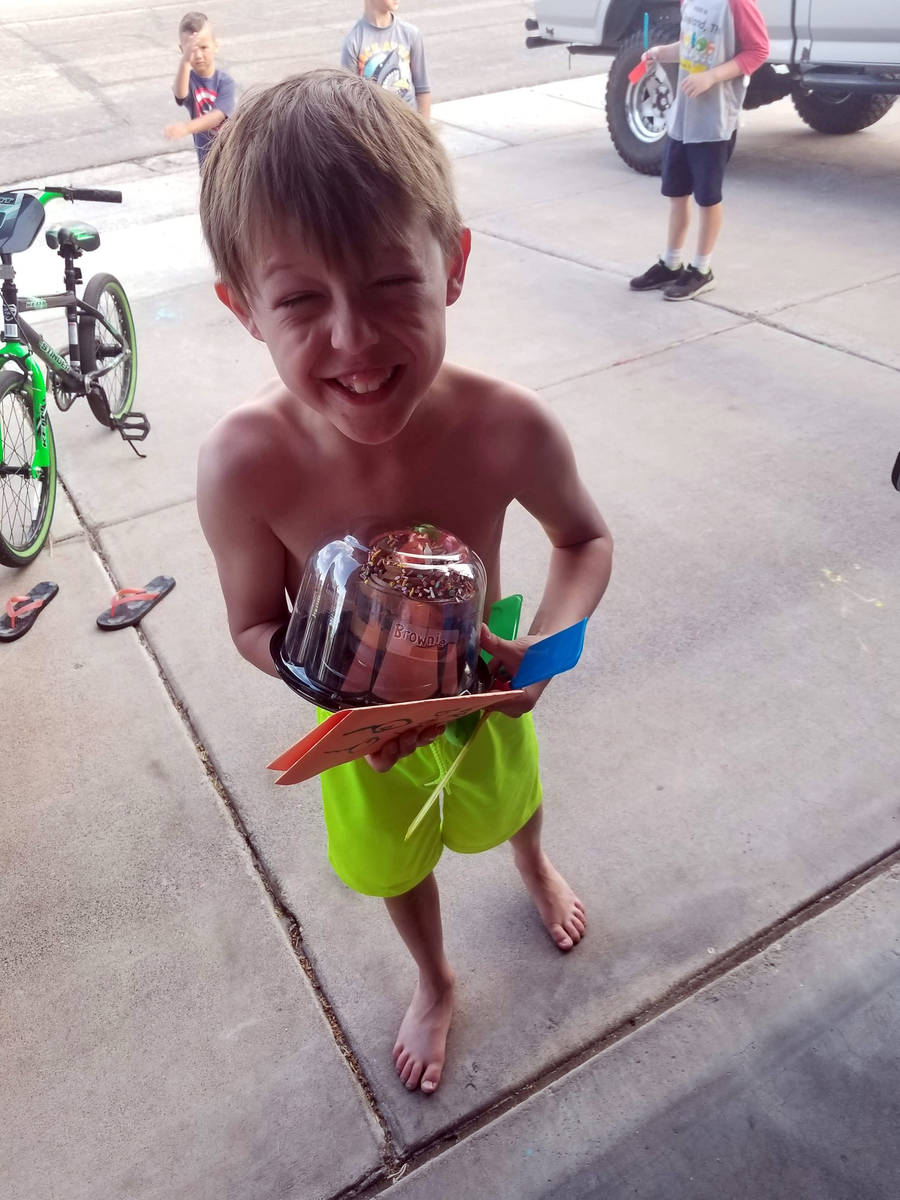 Tabitha Dunmire Wyatt Dunmire celebrated his 9th birthday Saturday, April 25, with a cake and card given to him during a car parade in his neighborhood.

Being kind has always been a hallmark of Boulder City residents. As the nation and world deals with the COVID-19 pandemic, residents are once again showing their caring nature and compassion for others.

Here are a few acts of kindness.

One of those children is 8-year-old Rosie Shafer. She said she loves classic cars and her mom, Allison Shafer, came up with the idea with some family members for a drive-by parade.

“The kids don’t understand why they can’t hug these people who are like family. … Keeping them in the car was the best way to keep them from hugging them,” she said.

Allison Shafer asked around and put her request on social media.

“I was hoping for a couple of cars,” she said. “Before I knew it, we had 25 cars committed to coming. I was floored.”

“It was amazing,” said Rosie Shafer.

She said her favorite part was when her teacher stopped by and her favorite classic car from the day was a blue Ford Mustang convertible.

“I don’t think they realize how important this was to us and how much it meant. … It was everyone saying they could provide light to everyone else and then watching them show up,” Allison Shafer said.

Fellow resident Tabitha Dunmire saw the posts about Rosie Shafer’s birthday parade and decided to plan something for her two sons, who both had birthdays in April.

She said for Ezekiel’s birthday she put up signs at her house, asking people to honk as they drove by. Some cars also formed a parade and her neighbors decorated the yard and gave her son a cake.

For Wyatt’s birthday, she planned the same type of event but someone with the police department found out and had several police cars join the parade. A mail carrier also joined in.

“We all had tears,” she said. “Everybody came through. … It helped him not feel alone and left out.”

Emma Phillips, the state’s Distinguished Young Woman for 2020, presented chocolate bars to the residents and staff of the Southern Nevada State Veterans Home in Boulder City.

Each of the cases was purchased and sponsored by people from Boulder City, Henderson, Las Vegas and Arizona, said Cindy Blatchford, state director of the program.

Sale of the candy bars helps raise scholarship funds for Nevada high school senior girls who will graduate in 2021.

Those who would like to sponsor a case of chocolates or know of a Nevada girl who is looking for college scholarships, can email Nevada@DistinguishedYW.org.

If you or someone you know is doing something to help out during the crisis, please let us know. Send your name, a telephone number or email address and a few details about what is being done to news@bouldercityreview.com.