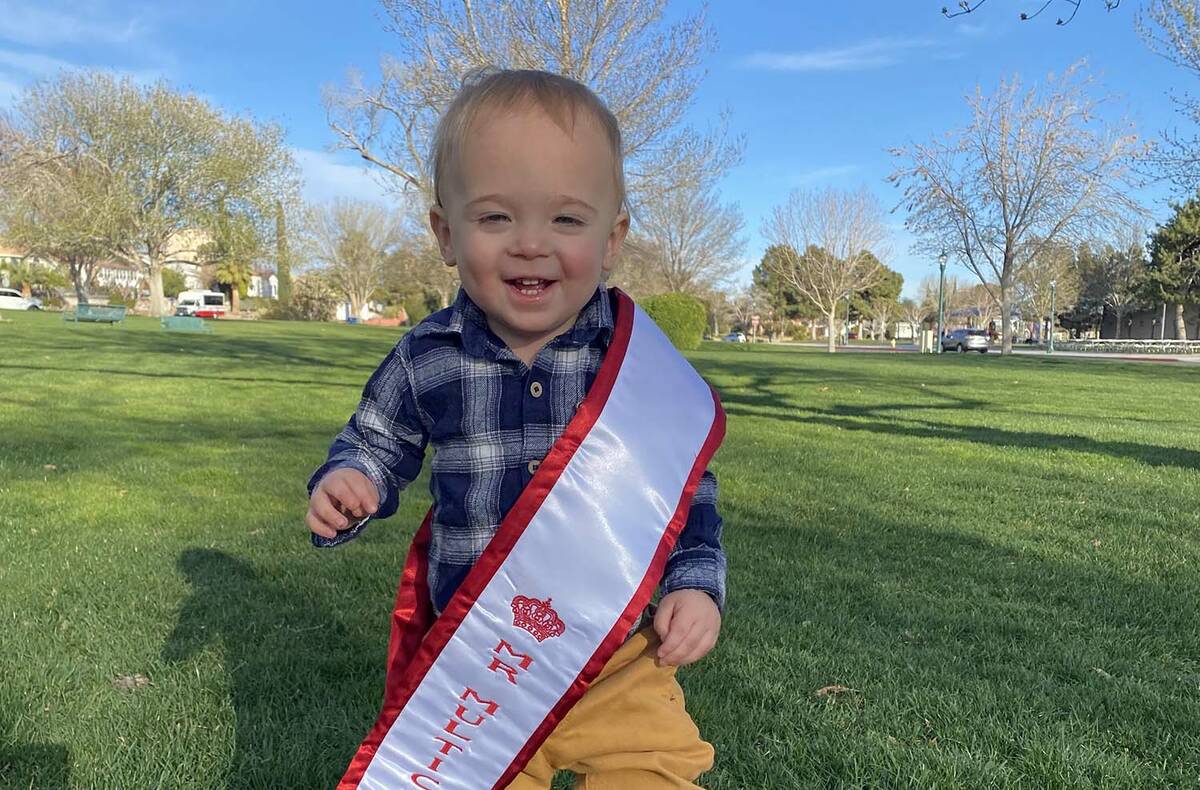 The young Boulder City resident, who turns 2 in November, will receive his official crown and title of Mr. Multicultural USA American Nation early next month in Chicago.

According to his mother, Tasha Towne, Braxton was taking a Water Babies swim course when other parents told her how cute he was and that he should get into modeling or commercials.

She contacted KidsCasting and created a profile for her son, who was about 6 months old at the time. She also started applying for other opportunities where he could be seen, including an October fashion show event at Town Square in Las Vegas.

He was accepted and she carried him down the runway.

The fashion show was sponsored by American Kids Multicultural World, the same organization that gave him his current title.

Krystal Okeke’Chanchangi, founder of the America Kids Multicultural World Organization, said their aim is to create a united and diverse nation by having children from birth through the age of 18 serve as cultural ambassadors. Parents apply to the organization on behalf of their children, who are then selected and given a title to represent their state.

Okeke’Chanchangi said the selection is based on their experience, comments and availability to do charity work.

As Mr. Multicultural USA American Nation, Braxton had to develop a platform and participate in community events.

Towne said his platform is “human kindness and giving back to the community,” with an emphasis on babies and children.

She has donated food and clothing in his name, something she also did previously through her work.

In addition to formally receiving his crown in Chicago, Braxton will participate in the organization’s Kids Multicultural Fashion Show, where Towne said she plans to walk him down the runway in matching attire, including an outfit that represents his German heritage from his father, Brandon Ott.

Throughout the year, the organization also offers programs for the children and their parents to develop their skills for commercial opportunities as well as leadership and public speaking skills. The classes are included in their application fee to the program, Okeke’Chanchangi said.

Okeke’Chanchangi said it is good to get children exposed to their culture and other cultures at a young age.

Towne said she is unsure what the future holds for Braxton. She is continuing to seek out age-appropriate modeling and television opportunities for him. She also hopes he will be able to participate in Santa’s Electric Night Parade as his reign as Mr. Multicultural USA American Nation continues through the end of the year.

There also are other opportunities for him to hold another title with Kids Multicultural World, she said.

Towne said that once Braxton is old enough to make his own decisions she “won’t force him” to participate in pageants or shows.