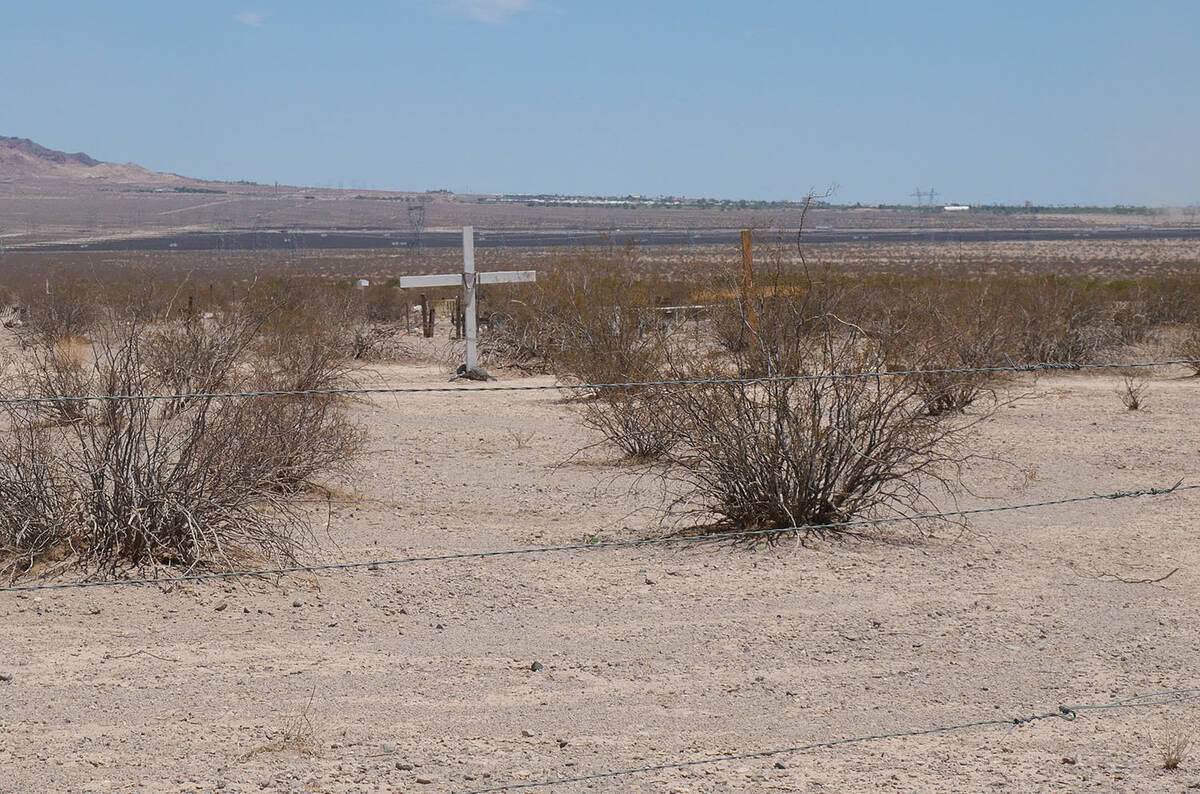 Chapter five is all about Boulder City and goes over the abandoned pet cemeteries, train tunnels and haunted areas around Lake Mead.

“You can look forward to different stories and experiences that I have gathered from people regarding the Hoover Dam, pet cemetery and railroad tunnels,” said Leigh.

In her book, which is meant to educate as well as entertain, Leigh brings to light some conspiracies and alleged stories about the history of Southern Nevada. The book covers not only Boulder City but the entire southern tip of Nevada. Nelson, Belmont, Rioville, Jarbidge, Tonopah, and more abandoned towns are also explored.

“I wrote it in the aspect that if you were to go to these specific towns it would tell you about the history of the buildings and how that history relates to the paranormal activity there.”

Leigh says that the idea of writing a book on Nevada ghost towns came to her in 2019 when she was filming a documentary about the same subject with Motion Picture Video, a Las Vegas film company. She thought to herself, “I could easily turn this into a book,” and went from there.

This idea also has kick-started a new series of books. Leigh will release “Legends Lore: Ghosts of the Vegas Valley” in the fall and “Haunted Florida Lighthouses” in 2023. A resident of Florida, she plans on writing a ghost towns book about her home state, too.

As a doctor of philosophy in metaphysical and humanistic science, Leigh takes paranormal studies very seriously. She mentions how paranormal activity gets a bad reputation with movies and TV shows dramatizing the field just to scare people.

“I want the field to be more standardized where we have a set way that we investigate, collect data and follow the scientific method as much as possible,” said Leigh.

“In order to be taken seriously as a true science, we need to weed out those who don’t take the field seriously. … There are a lot of people out there faking evidence, which really just boils my blood and those are the ones that are giving the field a bad name.”

Chris McKinnel, director of the Warren Legacy Foundation for Paranormal Research, wrote the forward. He is the grandson of Ed and Lorraine Warren, who were noted for their paranormal investigations.

Leigh’s 139-page book about the abandoned ghost towns of Southern Nevada retails at $21.99 from Arcadia Publishing.