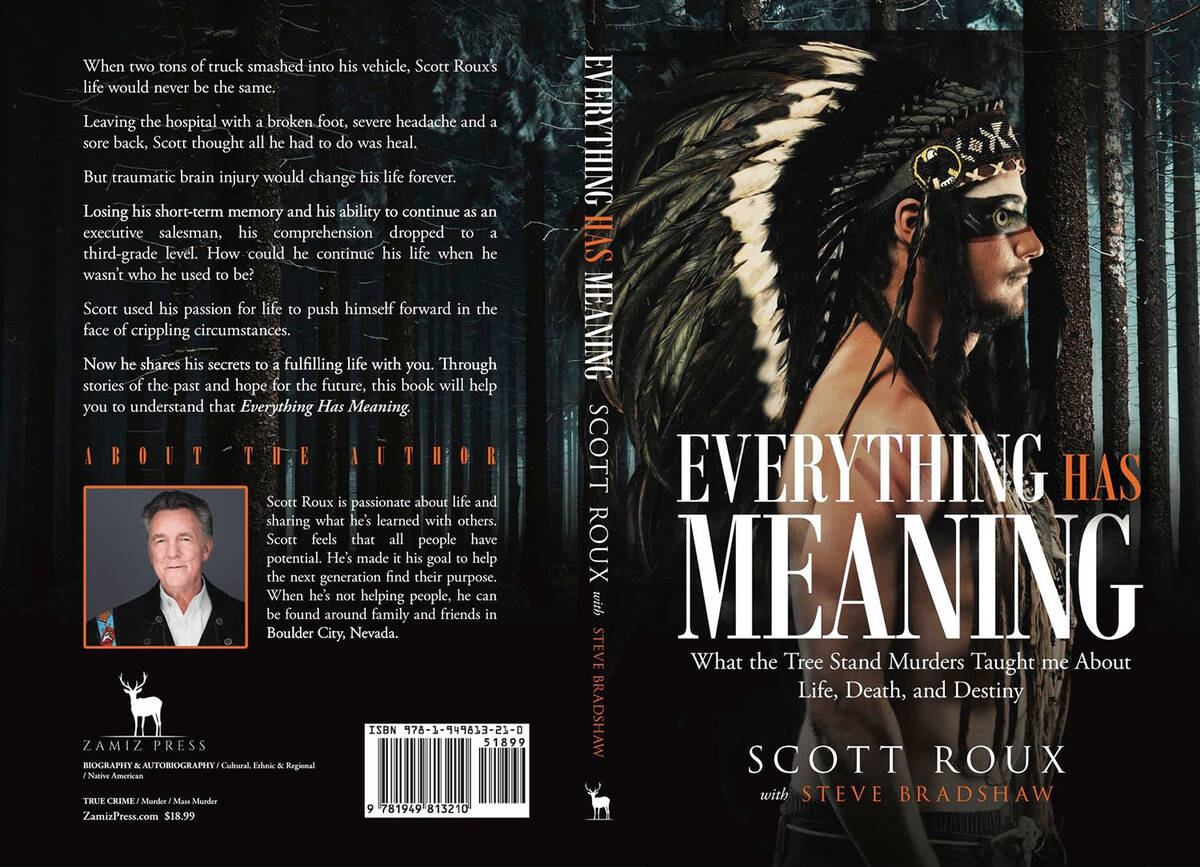 (Photo courtesy Scott Roux) "Everything Has Meaning," an autobiography by Boulder City resident Scott Roux, will release in September.

Roux has dementia and the comprehension levels of a third-grader. His days of being an executive salesman and Navy sailor are over. But his time as an author and inspiration to others has just begun.

In September, he will share his story in his autobiography titled “Everything Has Meaning,” published by Zamiz Press. This is Roux’s first book and details his journey of self-discovery and ideology on the meaning of life.

“I just want to give spiritual awareness to people,” says Roux.

His official website states that “Roux is passionate about life and sharing what he’s learned with others. Scott feels that all people have potential. He’s made it his goal to help the next generation find their purpose.”

As a Native American descendant, Roux said he takes influence from his ancestry and analyzes things such as eagles and the Tree Stand murders, a 2004 incident in which a deer hunter shot eight and killed six other deer hunters in the Blue Hills east of Rice Lake, Wisconsin, all of which have meaning to him.

Roux is originally from Rice Lake but needed to move somewhere warm due to medical conditions that were caused by the accident. He moved to Boulder City in 2019 and volunteers at St. Jude’s Ranch for Children as he is unable to work.

“I figured I would give back in some way. I’m not looking to get famous off this book or anything, but if it does do well, I want to give back however I can. Even if there is a kid that needs a scholarship at the Boulder City High School or something like that,” said Roux.