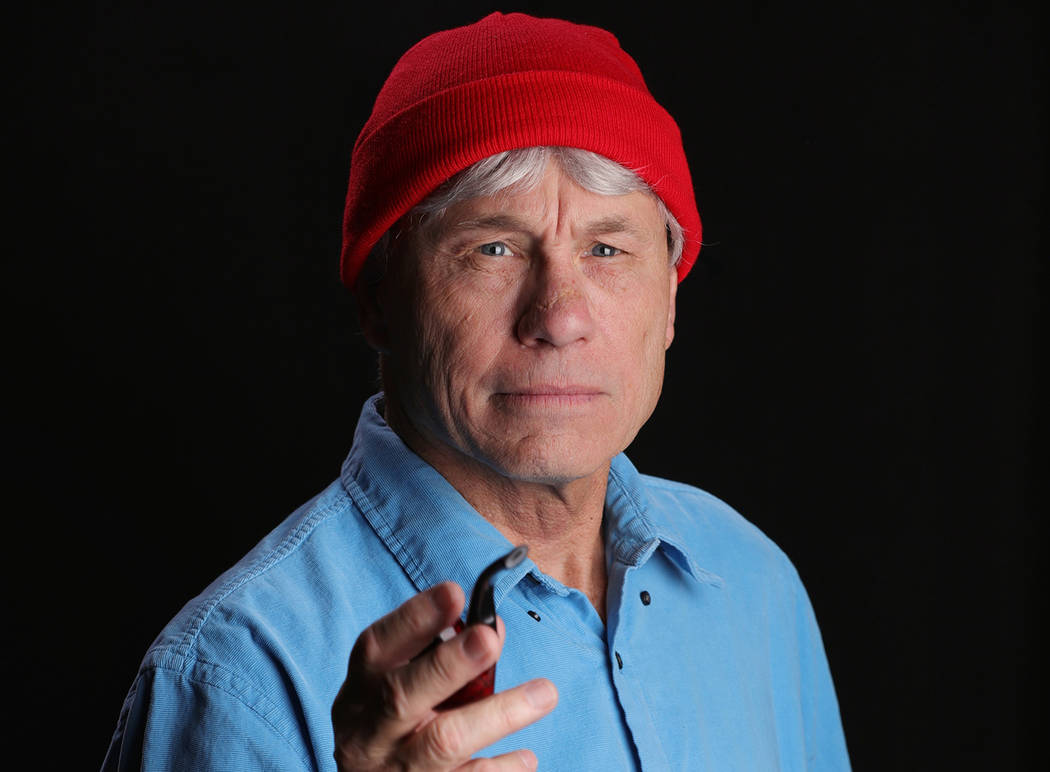 (Doug Mishler) University of Nevada, Reno history professor and Chautauqua scholar will return to Boulder City and portray undersea explorer Jacques Cousteau when Boulder City Chautauqua presents “Pioneers of of the Sky and Sea” on Saturday, Sept. 21, at the Boulder Theatre.

Boulder City Chautauqua organizers are a little blue this year — blue as in the sky and sea.

“Pioneers of the Sky and Sea” is the theme of this year’s presentation featuring Juanita Westbrook as pilot Elizabeth “Bessie” Coleman and Doug Mishler as underwater explorer Jacques Cousteau.

“We moved our showtimes a bit and are hoping attendees will attend both shows, and have lunch and shop in local venues in between shows,” said Dana Reedy, president of the nonprofit organization.

In addition to the two presentations, the day’s festivities include a meet and greet reception with the Chautauqua scholars at Boulder Dam Hotel, 1305 Arizona St., immediately following the afternoon performance.

Mishler, a history professor at the University of Nevada, Reno, has been a staple at the Chautauqua performances in Boulder City, having portrayed Gen. John J. Pershing and President Theodore Roosevelt last year, as well as Ernie Pyle in 2017, P.T. Barnum and Jack Warner in 2016 and Henry Ford in 2015.

He said portraying Cousteau, his latest character, has come with several challenges, including learning more about his off-screen life and his French accent.

“It’s a good story, but he’s not the most accessible character,” Mishler said. “He’s a private and quiet kind of man.”

To handle the problem of mastering Cousteau’s accent, Mishler pretends he and his audience are in France where he is speaking their native tongue.

Known for his underwater explorations, Cousteau also was a researcher and inventor. He invented diving and scuba devices including the Aqua-Lung. He died in 1997 at age 87.

Cousteau became interested in undersea exploration while recovering from an automobile crash that nearly took his life. His friend Philippe Tailliez took him swimming using a mask, goggles and fins made out of saw blades and rubber.

“It was like a eureka moment. Everything changed instantly and he spends the rest of his time trying to get deeper and deeper and stay in the water longer,” Mishler said.

Mishler said many people will be surprised to learn that Cousteau was also a spy during World War II and won the Legion of Honor award.

According to Mishler, Cousteau worked with the French underground and dressed as an Italian officer taking pictures of military installations.

This will be Westbrook’s first visit to Boulder City and Reedy said the board is excited to have her come.

She has more than 40 years of experience working with youths and families and has developed a program called Yes, You Can! that provides empowerment skills to high school and middle school students.

Westbrook has been telling stories throughout the United States and internationally since 1995. A year later, she attended a Nevada Humanities committee Chautauqua workshop at the University of Nevada, Reno and developed several characters. She has portrayed folklorist Zora Neale Hurston, civil rights activist Alice Smith and Coleman.

Coleman was the first black woman to become an airplane pilot and the first American woman to hold an international pilot’s license. Known as “Queen Bess,” she grew up facing discrimination and Jim Crow laws.