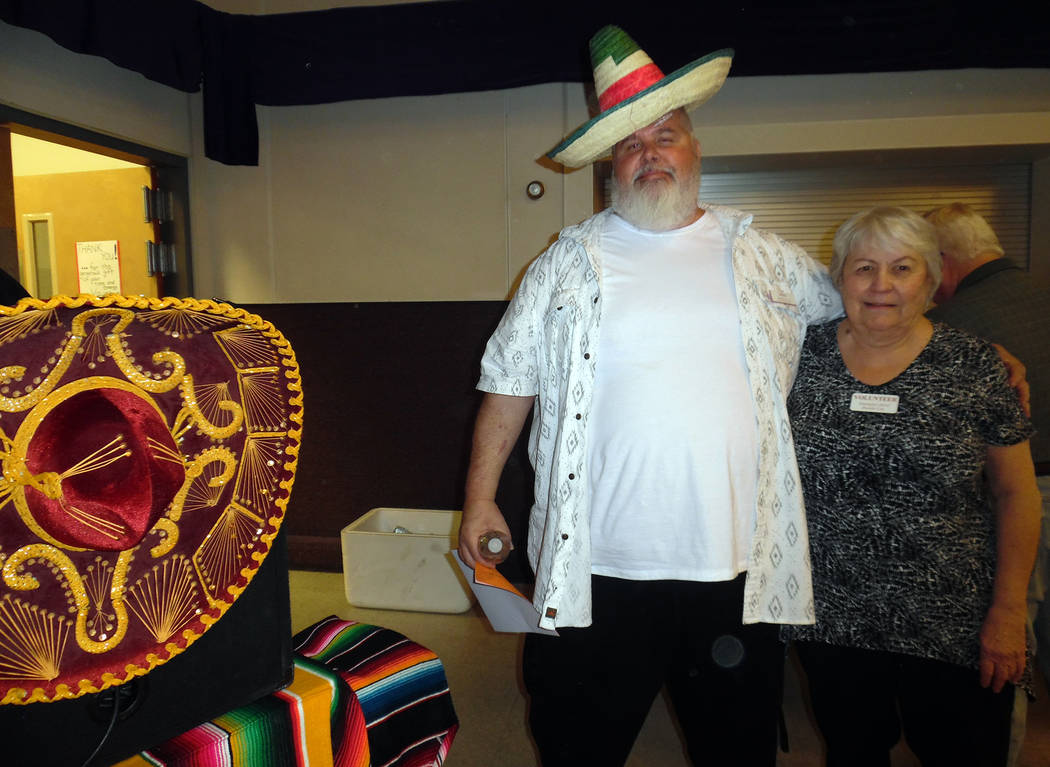 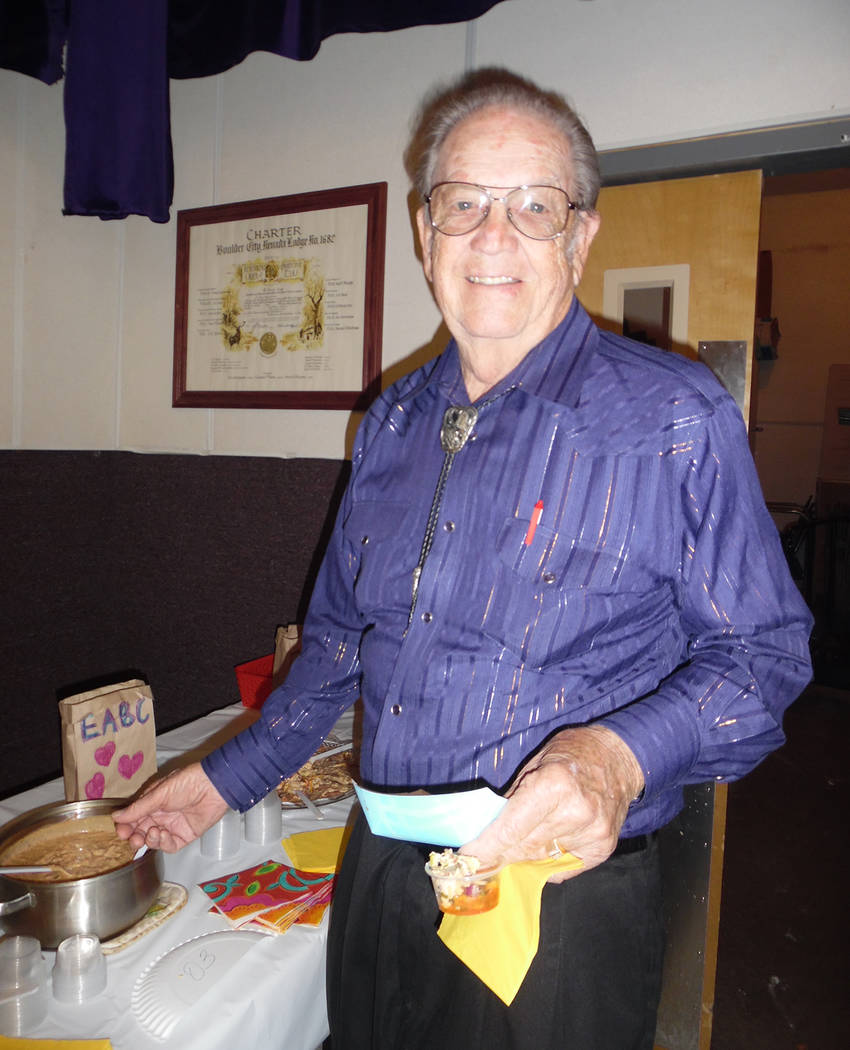 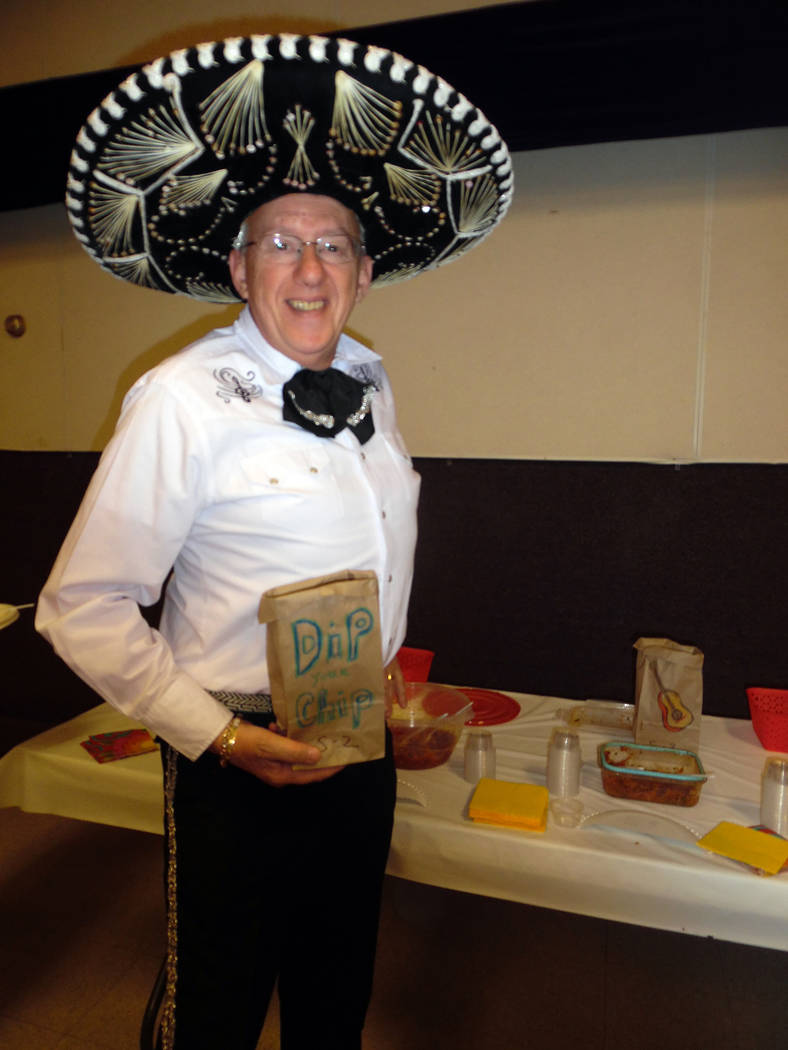 Hali Bernstein Saylor/Boulder City Review Roger Douglas came dressed for the occasion as Emergency Aid of Boulder City hosted its first Mexican Chip Dip Competition on Saturday at the Boulder City Elks Lodge. Patrons were invited to sample the entries and then vote for their favorites. 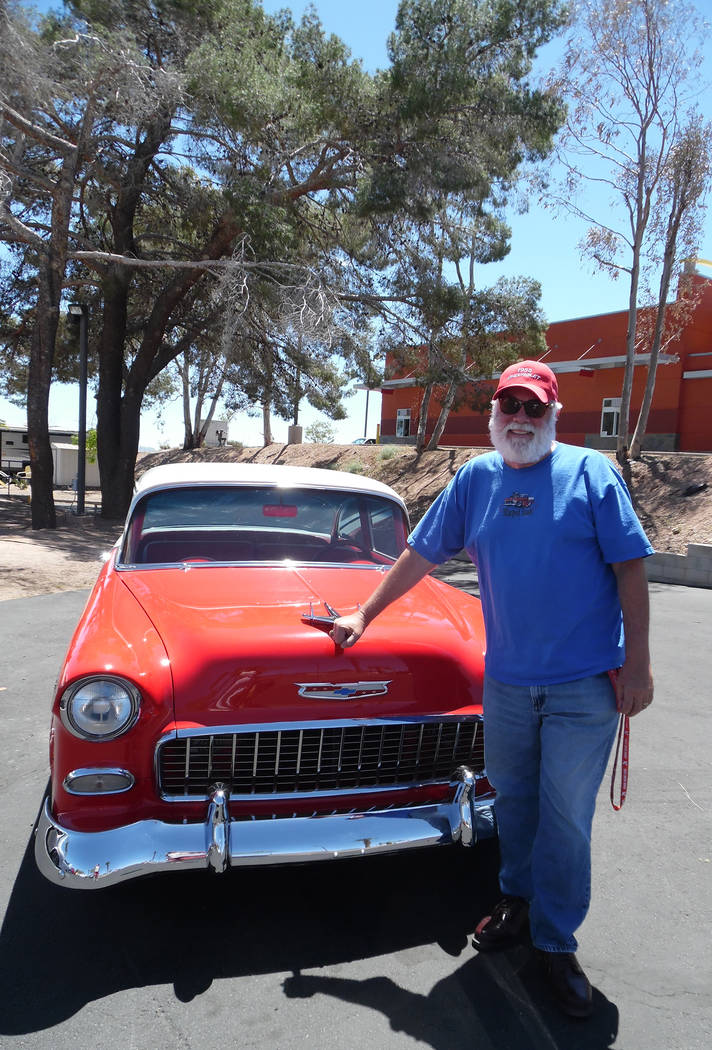 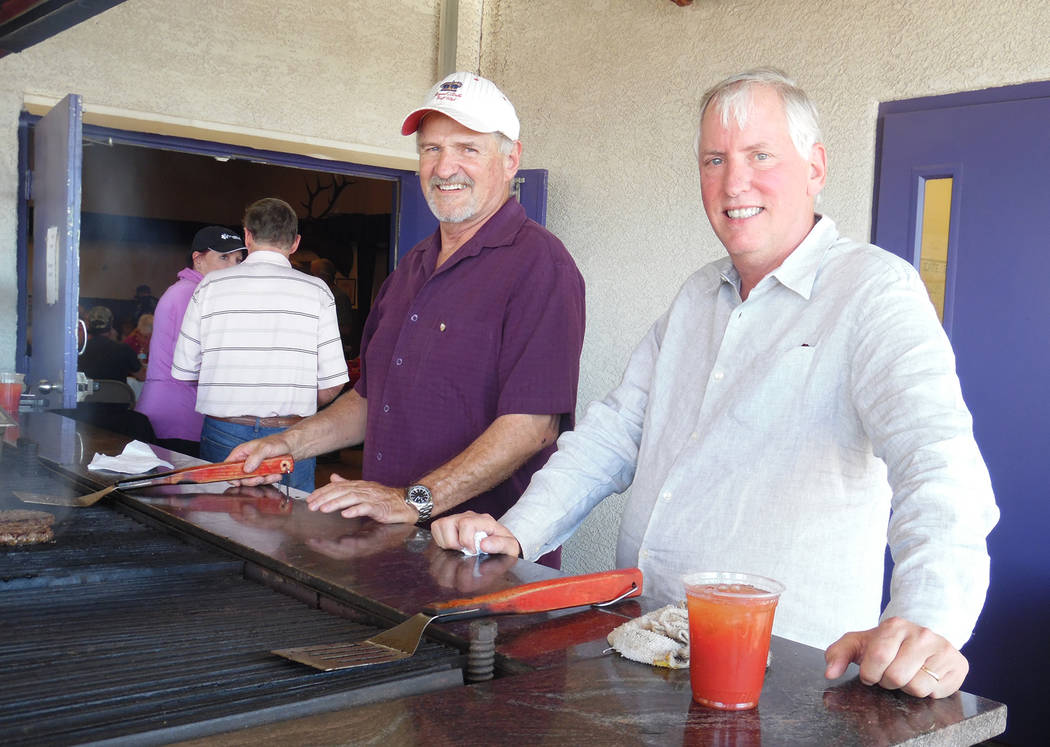 Hali Bernstein Saylor/Boulder City Review Doug Scheppmann, left, and Dr. Robert Merrell manned the barbecue for Emergency Aid of Boulder City's Mexican Chip Dip Competition on Saturday at the Boulder City Elks Lodge. Proceeds from the sale of burgers and hot dogs will help the group stock its pantry during the summer. 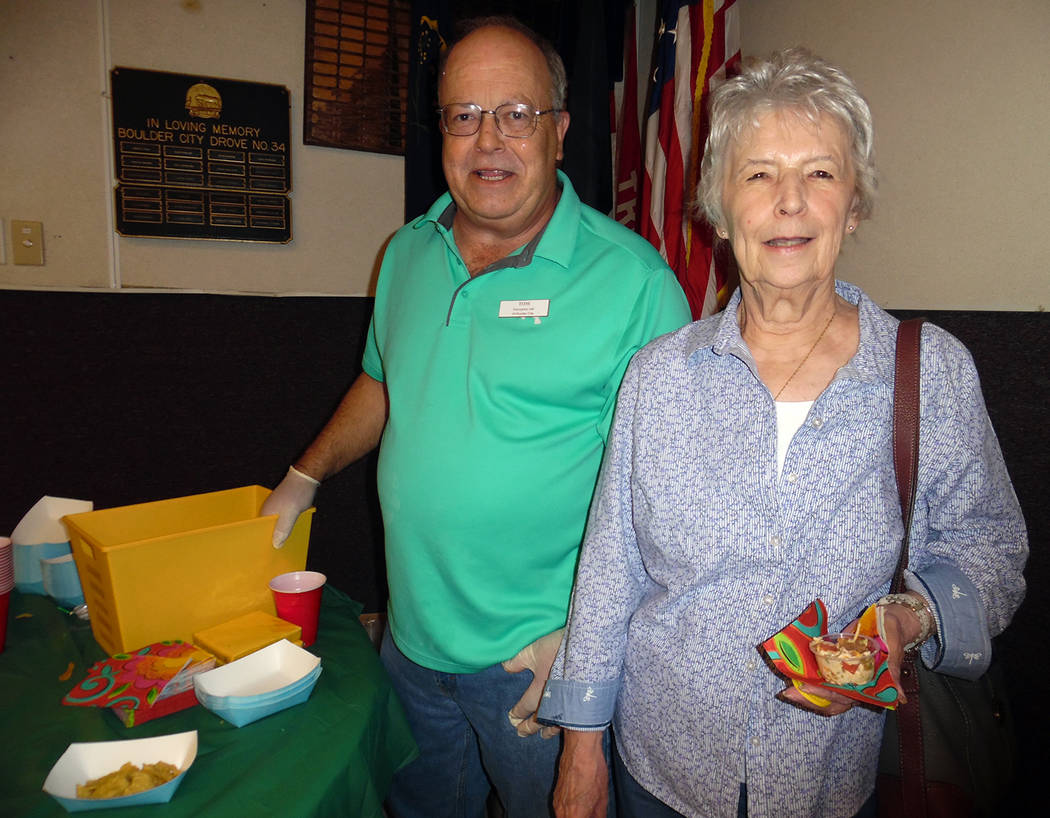 Emergency Aid of Boulder City hosted its inaugural Mexican Chip Dip Competition on Saturday. The event, which included a car show, silent auction, barbecue lunch and family activities, helped raise funds so that the nonprofit that aids those in need can keep its food pantry stocked during the summer, when donations typically decrease.

There were about 30 entries in the dip contest, which was divided into two divisions: salsa and other.

Rob Martin won the salsa contest, and Katie Apel, who brought in a layered dip, won the other division. Each was presented with a $100 gift certificate.

Runners-up were Jeff Breeden for his pomegranate salsa, Julian Vargas for his fresh guacamole and Robby Burnett for his chili-cheese dip and corn dip.