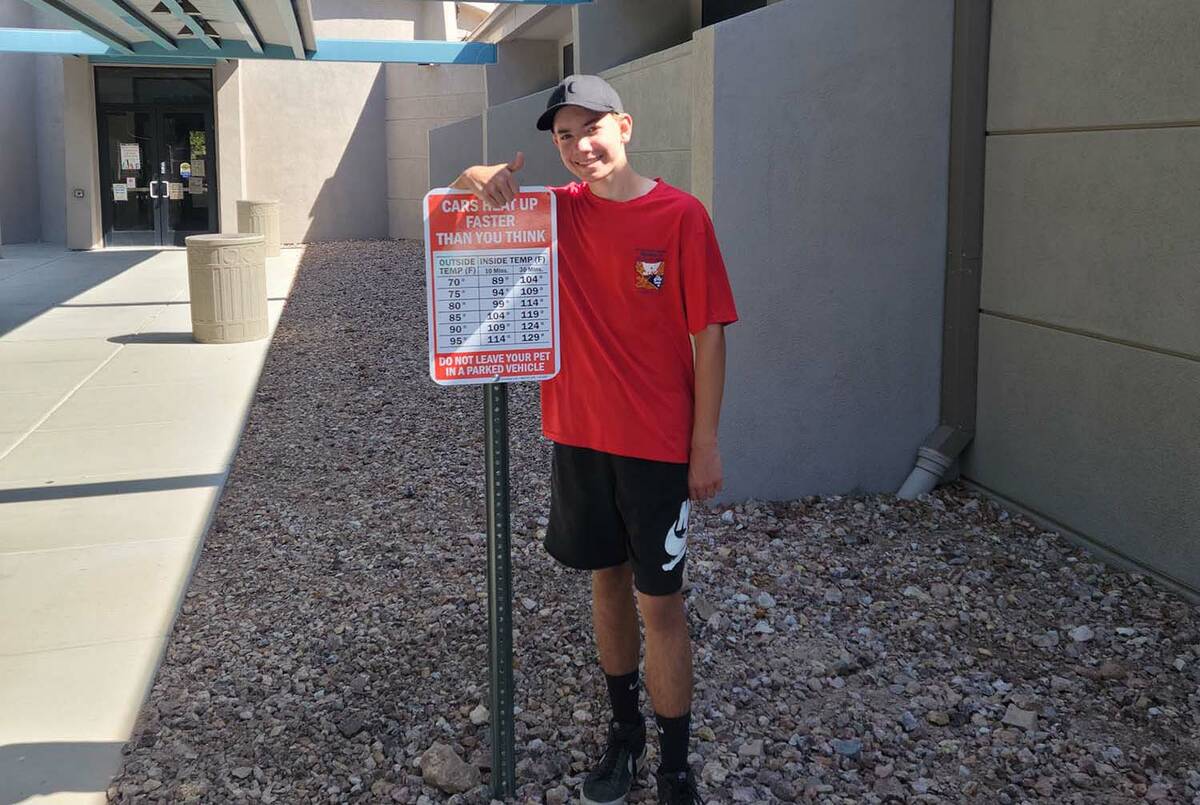 (Photo courtesy of Connor Mozur) Connor Mozur created signs for the Boulder City Library warning about the dangers of leaving children and pets in vehicles on hot days for his Eagle Scout service project. 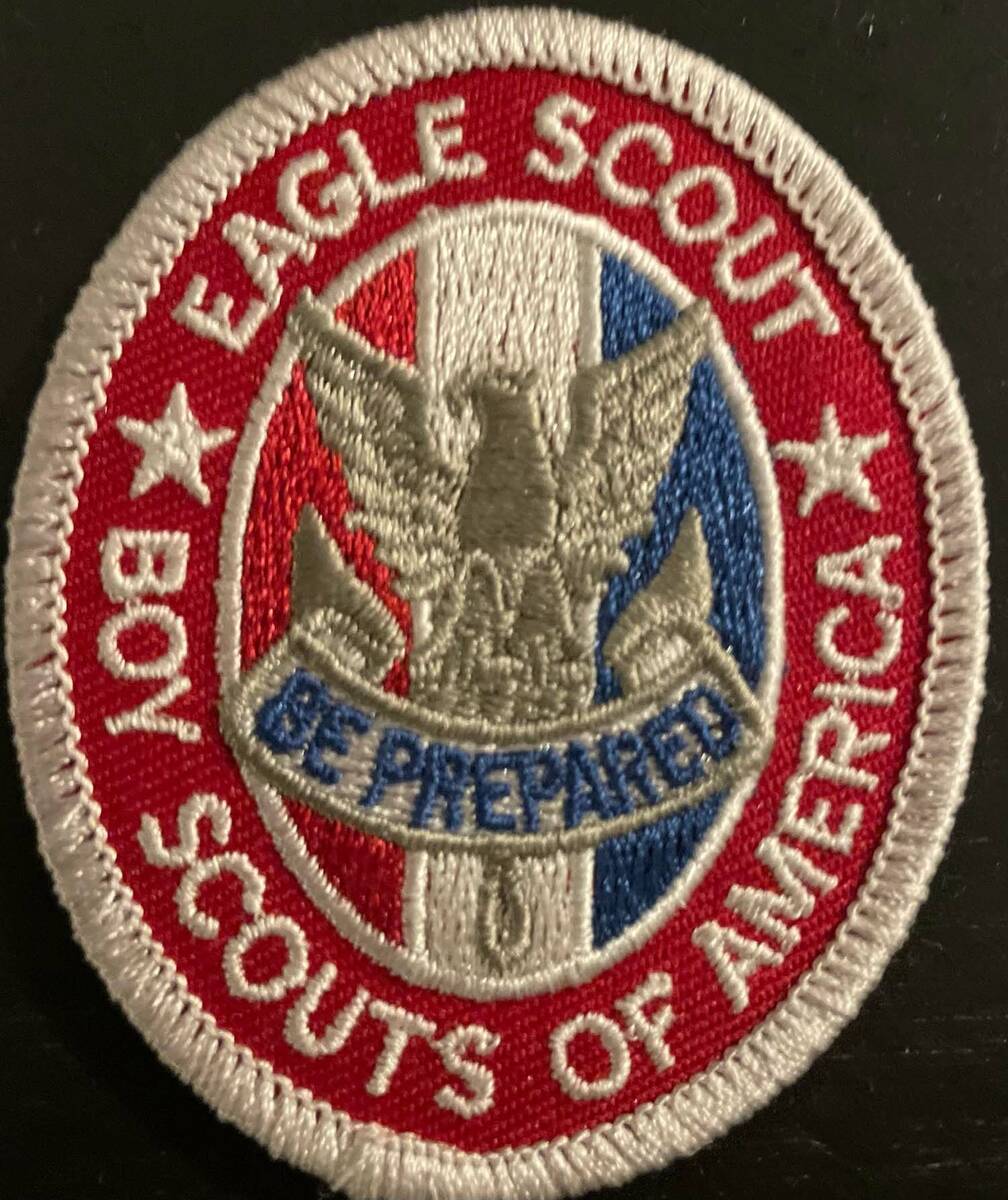 (Image courtesy of Connor Mozur) Boulder City native Connor Mozur earned the Eagle Scout ranking in September from the Boy Scouts of America. Only 4 percent of Boy Scouts have achieved this ranking since the organization's inception in 1911.

“It was a lot of paperwork, merit badges and years of work,” Mozur said.

To earn the Eagle Scout ranking, a Scout must be active in their troop and patrol for at least six months after earning the life Scout ranking, earn 21 merit badges (including 12 specific merit badges,) serve in a leadership position in the troop for at least six months and complete an Eagle Scout service project that is helpful to any religious institution, school or community.

Some of Mozur’s favorite badges to earn included chess, horsemanship and cooking. He said he is undecided about his path after high school, but is leaning toward studying culinary arts.

“I like cooking and I love being in the kitchen with Mom,” he said.

For his cooking badge, Mozur prepared three meals for his troop and family to taste and critique.

The culmination of the Eagle Scout process is completion of a service project. Mozur’s project was installing heat warning signs at the Boulder City Library that list a vehicle’s internal temperature in order to educate people on the dangers of leaving children and pets inside during hot weather.

“The goal of the service project is for me to take a side seat and allow the Scout to step up as a leader,” Borg said. “Connor planned out the project and submitted all the necessary paperwork, including the application to get approval from the library.”

“I couldn’t have done the project without the library,” Mozur said. “Anne Karr helped a lot and I was surprised by the amount of people who helped.”

Mozur said his favorite thing about being a Boy Scout is camping outdoors and learning new things.

“I see a lot of trash around and leaving no trace is a large part of being a Boy Scout,” he said. “As a Boulder City kid growing up outdoors, it’s important to take care of the city and planet.”

As for his goals in high school, Mozur says he wants “to get straight A’s, keep his grades up and play sports.”