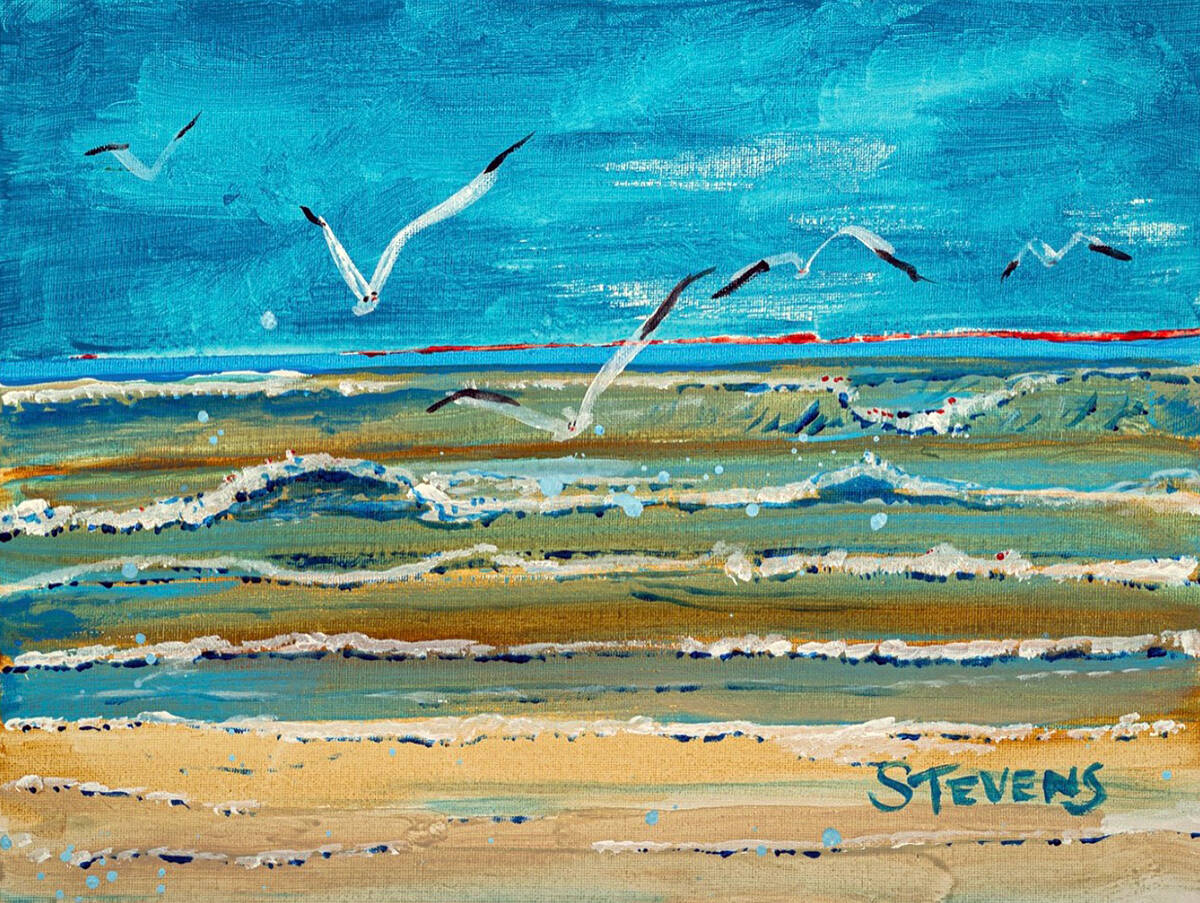 (Stevens Family) Boulder City resident Al Stevens will be showing this original painting and others at the "Alan Stevens Art Gallery" on Nov. 26 at Forge Social House, 553 California Ave. It starts at 6 p.m. 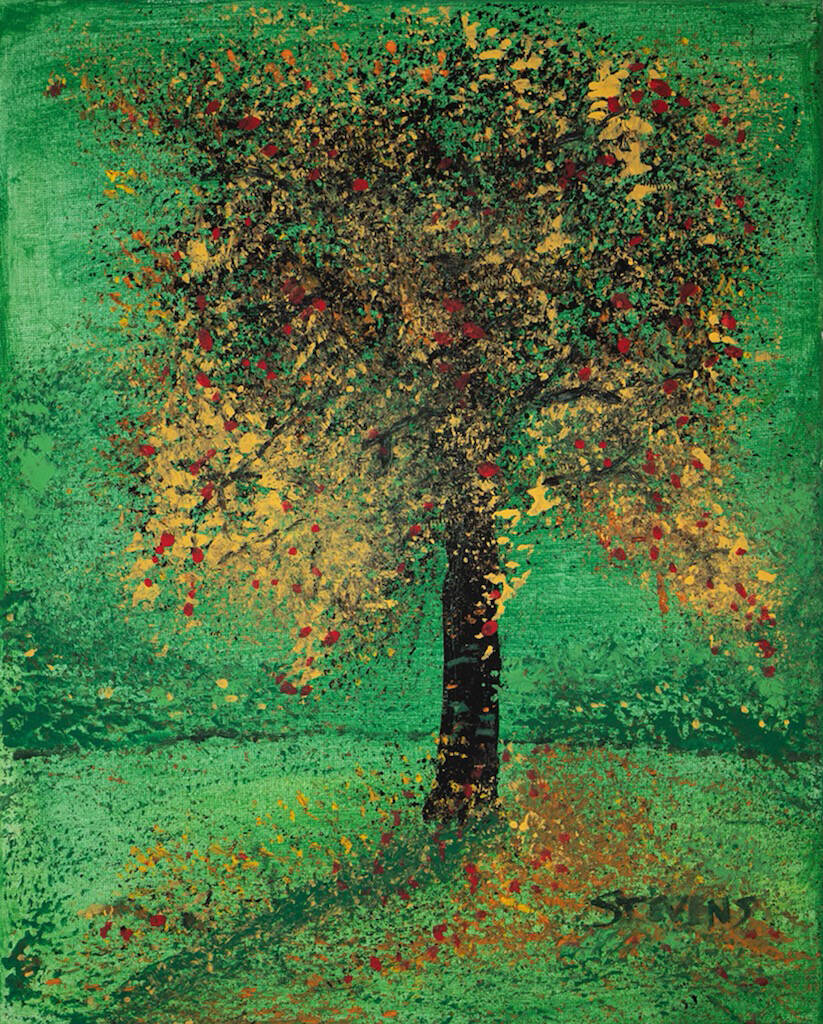 (Stevens Family) This original Al Stevens' painting is one of many that will be showcased at the "Alan Stevens Art Gallery" Nov. 26 at Forge Social House, 553 California Ave. The show starts at 6 p.m.

“I’ve never shown my artwork ever, so this is new to me,” said Al Stevens, artist and co-owner of the World Famous Coffee Cup Cafe.

Stevens said he started drawing and painting when he was 8 years old and has dabbled in different art mediums including ceramics and acrylics since then.

“I’ve always done something. … It’s just fun,” he said. “For me, it’s a release. … I just get tremendous joy from painting. I don’t paint for anybody else. I paint for myself.”

He said lately he has been focusing on “colorful, fun, bold art” and creating acrylic paintings on glass and canvas.

“Color just wants to come out of me,” he said.

The community will be able to see Stevens’ art at the “Alan Stevens Art Gallery” on Nov. 26 at Forge Social House, 553 California Ave., beginning at 6 p.m.

Prints of some of the paintings will be available for sale, and the proceeds from those will go to the Shane Patton Foundation.

“We are thrilled to participate in an event that not only showcases Al’s amazing artwork but also provides the Shane Patton Foundation with generous donations that bring us one step closer to building the memorial Shane Patton statue,” said foundation member Grant Turner.

The idea for the event came out of a dinner with friends.

“Our parents and Larry and Lynn Turner were at dinner and our dad showed a picture of his artwork, and the idea came about to do a show,” said Terry Stevens, Al’s son. “Larry said at dinner, ‘I want to buy that one,’ so the idea of the gallery at the Forge (Social House) came about that night.”

Al Stevens and his family opened the World Famous Coffee Cup in 1994 and continue to run it together. They took the same approach with planning the art show.

“Jamie Clark came and took photos of dad’s artwork so we could make copies,” said Terry Stevens. “Lindsay (Stevens) put together the flyer/invite and is working with Jamie matting all the prints. … Of course, all our family will be working together on moving all his pieces to the Forge the morning of.”

Al Stevens said there will be 16 acrylic on glass paintings and 16 canvas pieces at the show.

“We are all so proud of him for wanting to display his work and share it with others,” said Terry Stevens on behalf of the family. “We are so excited to see his face with all his work displayed around and the room filled with people looking at his thoughts and ideas he put on canvas. It’s going to be a great evening.”

There will also be light refreshments and a cash bar at the gallery.