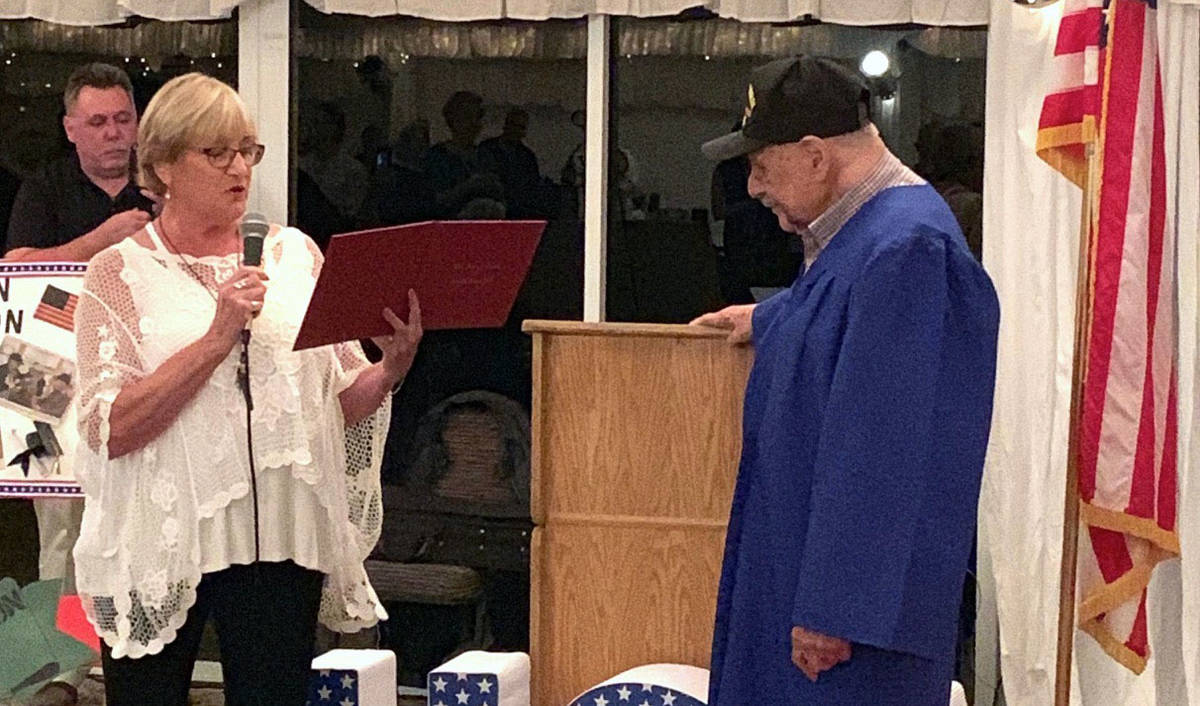 As youngsters in the 1940s, 1950s, 1960s and 1970s, they knew the military draft was waiting for them. During World War II, during the Korean War, prior to Vietnam and then during that war itself, most men had to serve. But some of them couldn’t wait for graduation.

For any number of reasons a large number of men and women decided to leave school and join the military. They proudly served their country. And when they came back, they often had hard times finding decent employment without a high school diploma. Many signed up to earn a General Educational Development document and became very successful. But it wasn’t quite the same.

Earning a high school diploma carries a sense of pride all its own. It’s not merely to earn more money or move up in one’s job. It’s knowing that a person did what it took to earn it. Some people are embarrassed about not graduating, and look the other way when their friends talk about their high school days.

The fact is, when one is in the military, it’s a learning experience. Many colleges give credit for military work realizing that it takes knowledge and competency to see a job through to completion, especially a job where lives depend on it being done correctly. It’s only right the same thinking should apply to completing high school. Enter Operation Recognition.

Boulder City’s Charm McElree works with veterans of World War II, Korea and Vietnam who left high school to enter the military. Through her work, she contacts high schools in Nevada and around the country on behalf of veterans who did not graduate. She supplies copies of their DD214s and explains that the student left school to serve the nation and deserves a diploma.

“It’s something in the pits of their stomachs that they always wanted to receive a diploma,” McElree said of those who didn’t graduate. “I do all the walking and talking for them. I contact the schools, the superintendents and anybody I need to in order to get the diplomas. There are no credits to be earned, no money involved. It’s just ‘Thank you for your service, for protecting our country.’”

The program started in 1999 at a school in Massachusetts that graduated many World War II veterans who had not completed their education due to the war. A formal program was started soon afterward and several states signed on.

McElree said 28 states are signed on and another 22 are in the process. In 2014, she retired and moved to Boulder City with her husband and began seeking out veterans who were eligible for the program under Operation Recognition.

“If they’re not wearing their military association hats, I have no idea if anyone is a veteran.”

To that end, she has begun to speak at veterans’ posts and explain the program. If eligible veterans want to obtain their diplomas, or if any reader knows of such a veteran, McElree wants to be contacted. She can be reached at 760-885-0935. Don’t let the out-of-state area code fool you, she is a local. If you happen to spot her at Albertsons, or the World Famous Coffee Cup Cafe, or maybe Roberto’s Taco Shop, step right up and introduce yourself.