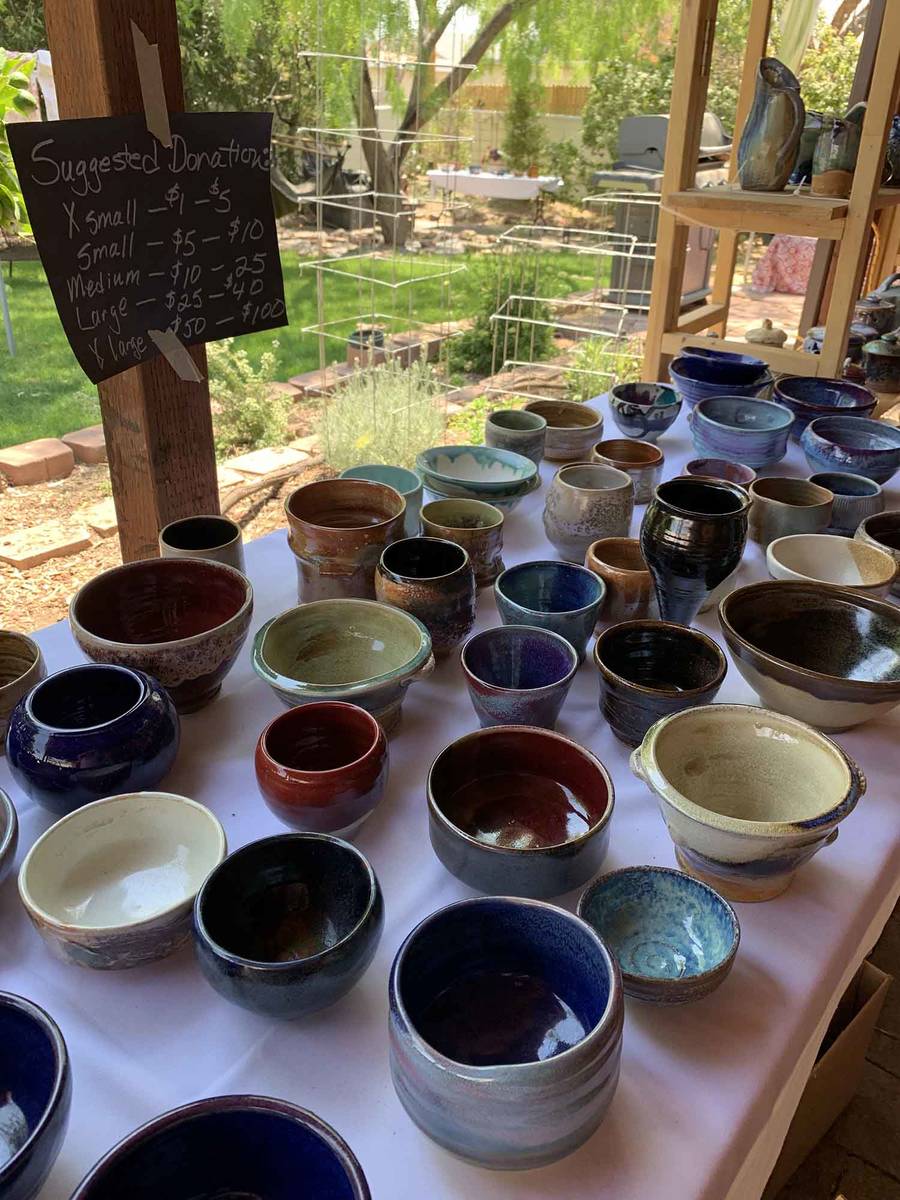 (Hali Bernstein Saylor/Boulder City Review) Area ceramic artists donated pieces they made, many while quarantined at home due to COVID-19, to help raise funds to help victims of the next wildfire or hurricane. They were featured at a donation-only sale Saturday, June 19.

But it’s not as disastrous as it may seem.

They have donated their works, along with other pieces they were ready to part with, to help raise funds for victims of the next wildfire or hurricane, whichever comes next.

Boulder City resident Barb Raulston set up the assortment of artworks in the backyard of her home Saturday and invited people to visit and pick up a piece or two. In return, she asked for a suggested donation, based on the size of the piece.

“People were very generous,” she said.

At the moment, Raulston said she is unsure where the donation will be given. She is holding onto the funds until the next natural disaster happens and help is needed.

Raulston is part of the Nevada Clay Guild, whose members donated their works to help others. Retired art teachers and guild members, Donna Potter and John Andruss, who are moving to Washington in the near future, also contributed a number of their works that were used to serve as samples for lessons. Raulston said about 10 artists donated pieces for the event.

Raulston let people know about the pottery sale on Facebook, but said the day’s high temperatures didn’t bring out as many as she hoped would attend. So, she plans to hold another event when it gets cooler.

That event will also likely benefit See Spot Run, the local nonprofit that operates the dog park at Veterans’ Memorial Park. Raulston, who works for the Bureau of Reclamation, was the group’s original secretary and continues to support its efforts.