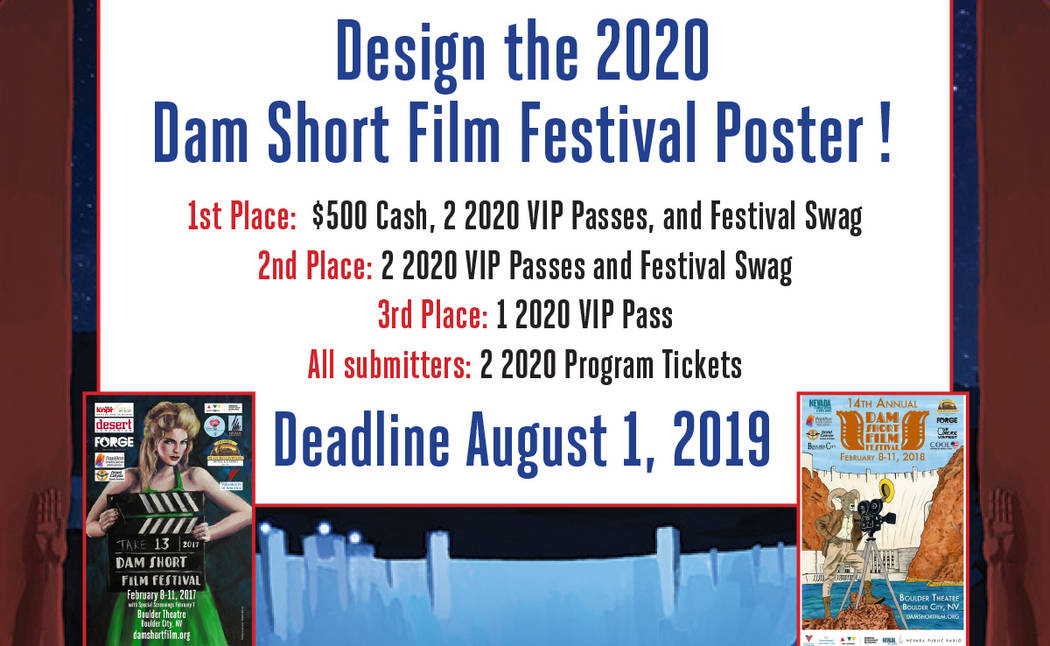 Area artists are invited to create a poster for the 2020 Dam Short Film Festival.

In the past, festival organizers commissioned an artist to design the poster.

“… this year we decided to open it up the community to see what people come up with,” said Tsvetelina Stefanova, executive director for the festival.

The winning design will represent the film festival and must include Boulder City, Hoover Dam or a Southern Nevada landscape. It must also be family-friendly and feature the text: “Dam Short Film Festival, February 13-16, 2020, Boulder Theatre, Boulder City, NV, and damshortfilm.org.”

Posters should state that it’s the “16th annual” film festival and leave room, preferably at the bottom, for sponsor logos, she said.

In addition to appearing on the poster, the design will be used for other promotional material such as tickets, passes, T-shirts and web banners.

All entrants will receive two tickets for any program during the festival, which is scheduled Feb. 13-16.

The deadline to submit entries is Thursday, Aug. 1. Entries should be send as a Photoshop PSD file (set to 12×18 inches at 300 dpi) to admin@damshortfilm.org.

Text should be on a separate layer.

Winners will be asked to sign a release allowing the Dam Short Film Society to use the design in perpetuity, though submitters will retain the copyright to their works.

A look at previous years’ posters is available at http://www.damshortfilm.org/posters.