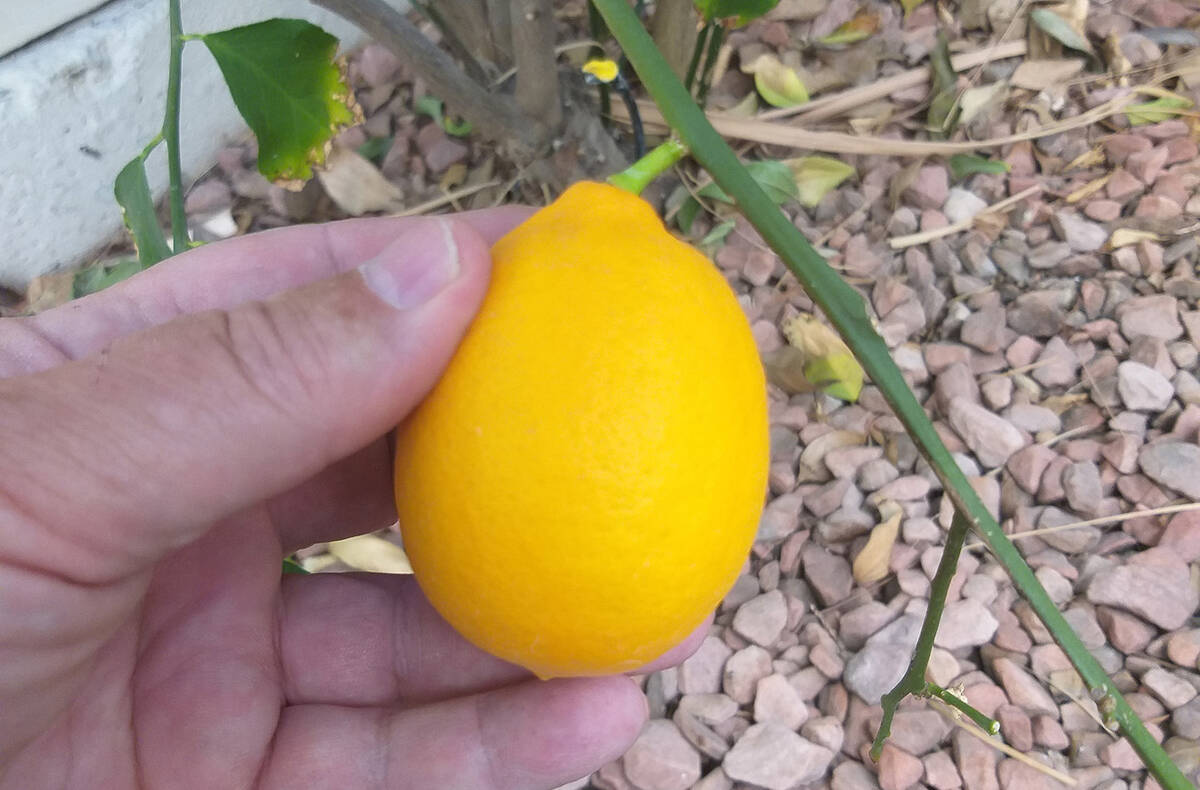 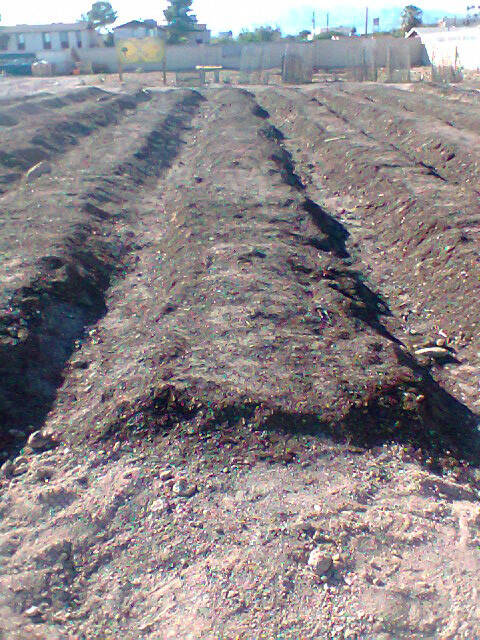 (Bob Morris) Raised garden beds can be created without the use of building materials by amending the soil and letting the natural slopes serve as sidewalls.

Xeric trees is another way to say desert trees, trees that can grow with only occasional rainfall. They have different ways of handling a lack of water but one of them is through leaf drop. A prime example of xeric trees is the native mesquite.

Occasionally, you see a native mesquite growing in the desert flatlands, but it usually doesn’t look very good. There’s either lots of branch dieback or a parasitic mistletoe growing on the branches. Their canopies are fuller, plants taller and there are more of them when their roots tap into deep water collected in desert arroyos.

The chance I am referring to is an irrigation design called “hydrozoning.” Hydrozoning is respecting the difference in water tolerances between xeric vs. mesic plants. To do this you put xeric and mesic plants on separate irrigation valves. Xeric plants are watered less often than mesic plants.

Similarly sized plants still require the same amount of applied water. That won’t change. Xeric plants save water because they can be watered less often. If you want a xeric plant to be fuller or larger, then water it more often. Xeric plants can handle drier soils better than most mesic plants.

There is a lot of variability in water use among xeric plants. Think cacti vs. mesquite. Both are xeric but they handle water shortages differently. Some of the trees we think should be desert trees (Chinese pistache, African sumac, bottletree and oleander) are not xeric at all. The first plant to look the worst from a water shortage dictates when to water the others irrigated on the same valve.

Q. I’m thinking of building a raised garden. Do you have any recommendations on which building material to use?

A. I prefer to not use building materials but, instead amend the existing soil and create a raised growing area without constructing sidewalls. Let the natural slope on the sides hold the amended beds in place. You can add constructed sidewalls later if you want to beautify it.

To create two raised beds with a walkway between, use about 2 inches of compost applied to the surface of an area 8 to 8 1/2 feet wide. They can be as long as needed. The layered compost and soil is watered deeply with a hose-end sprinkler and allowed to dry so that it is “dig-able.”

After it is dig-able, a rototiller mixes the 2-inch top layer with the native soil as deep as the tines allow. A manure shovel carves an 18-inch-wide walkway between the two beds. A landscape rake flattens the top of the beds. Drip tubing constructed with a header and footer about 12 inches apart provides irrigation for the plants. A flush valve is located on the footer for cleaning out the drip tubing.

For a copy of this technique with more detail as well as a planting calendar, send me a request at extremehort@aol.com. I have found drawbacks on each of the building materials: wood, block, cement and others, but untreated wood seems to be the best choice for constructing raised beds.

Q. We just moved here four months ago from South Carolina. Back there I had great luck with two lemon trees. They produced large quantities of fruit the second year they were in the ground. I just bought a lemon tree here. Will it produce decent fruit here or am I wasting my time?

A. Lemons will be fun to hobby with but don’t rely on them to produce fruit for you every year. Consistent production of citrus in the West is best at the winter warmer parts of Arizona, south Texas and Southern California.

Where you are situated in the valley has a tremendous impact on how much winter protection is needed. For consistent production year after year, move them into a protected area (like a garage) or drape a cover over them any time you think late fall, winter and early spring nighttime temperatures might approach freezing. The most productive lemons will be protected from the wind, receive at least six hours of morning sun each day and grown in amended soil at planting.

Improved Meyer lemon is the favorite lemon among homeowners here mostly because it is the most cold-hardy of the lemons. The fruit of Meyer lemon is round and orange-ish when ripe; it’s not a true lemon but it does taste like one. True lemons like Lisbon and Eureka need a bit more protection from winter cold temperatures, but when grafted (as most fruit trees are) they will produce fruit in fewer years.

Soil improvement is necessary at planting time and the trees, like most fruit trees grown here, grow best when surrounded by a 2-3-inch layer of wood chips rather than rock.

Don’t forget the fertilizer. If you use a rich compost full of nutrients as a soil amendment at planting, most likely little, if any, fertilizer is needed the first year after planting. It is best to fertilize lemons with a “citrus fertilizer” once a year soon after they are harvested.

Planting lemon trees works here in Las Vegas but remember to adjust your planting and management practices to your location. All citrus types are subtropical and not desert plants.

A. There is no real difference as far as the taste is concerned. Probably the difference you tasted was a natural difference among the fruit, maybe a difference due to the rootstock used and possibly how it was stored after harvest. Some fruit are more sour and some are sweeter, and the fruit may have natural variabilities in flavor. That’s true of all fruit.

The difference between improved and plain old Meyer lemon you planted is the cleanliness of the trees, mostly virus diseases found in the older types. There were some virus disease problems with the old Meyer lemon so tree producers are more careful in their exclusion during propagation now. To distinguish the two, the word “improved” was used.

Meyer lemon never caught on with the commercial citrus industry, maybe because of the orange color that the mature fruit develops in colder climates and round appearance. It does not look like a store-bought lemon. But these differences have become meaningless for homeowners.

The tree, like most citrus, flowers when temperatures start to warm up in the spring. In its natural tropical environment, it flowers sporadically most of the year after a rainfall.