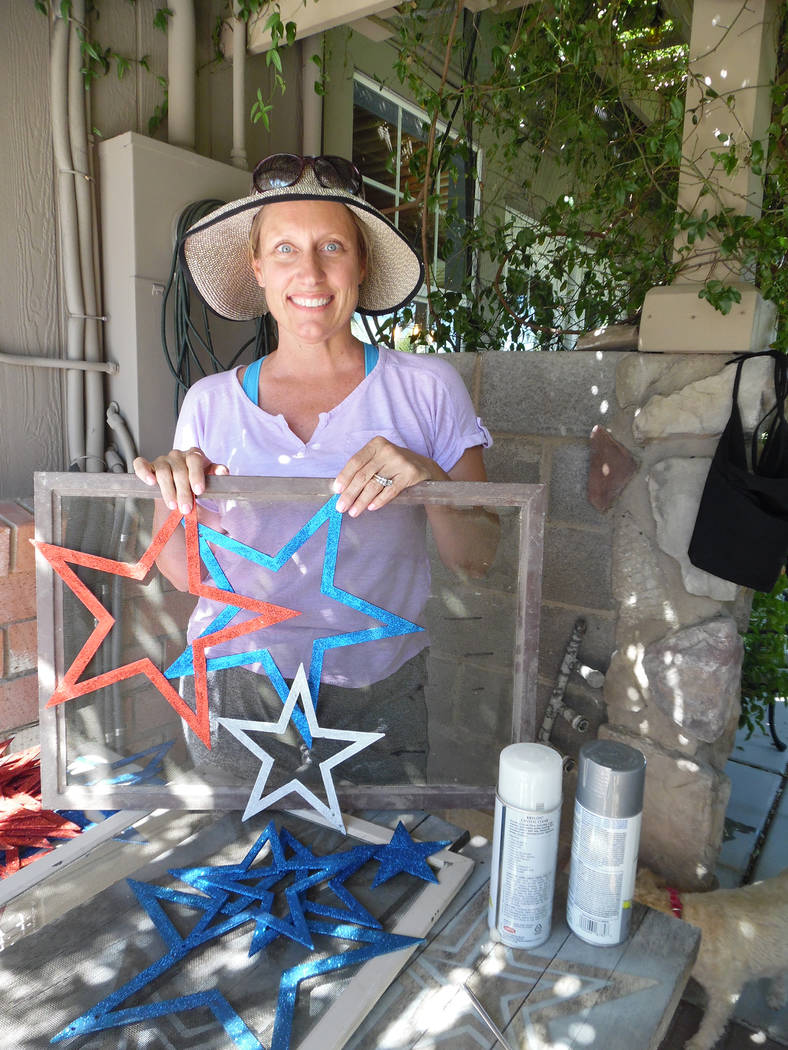 Hali Bernstein Saylor/Boulder City Review Tara Bertoli has transformed old screens from her home in the city's historic district into patriotic decorations in preparation for the annual Damboree. 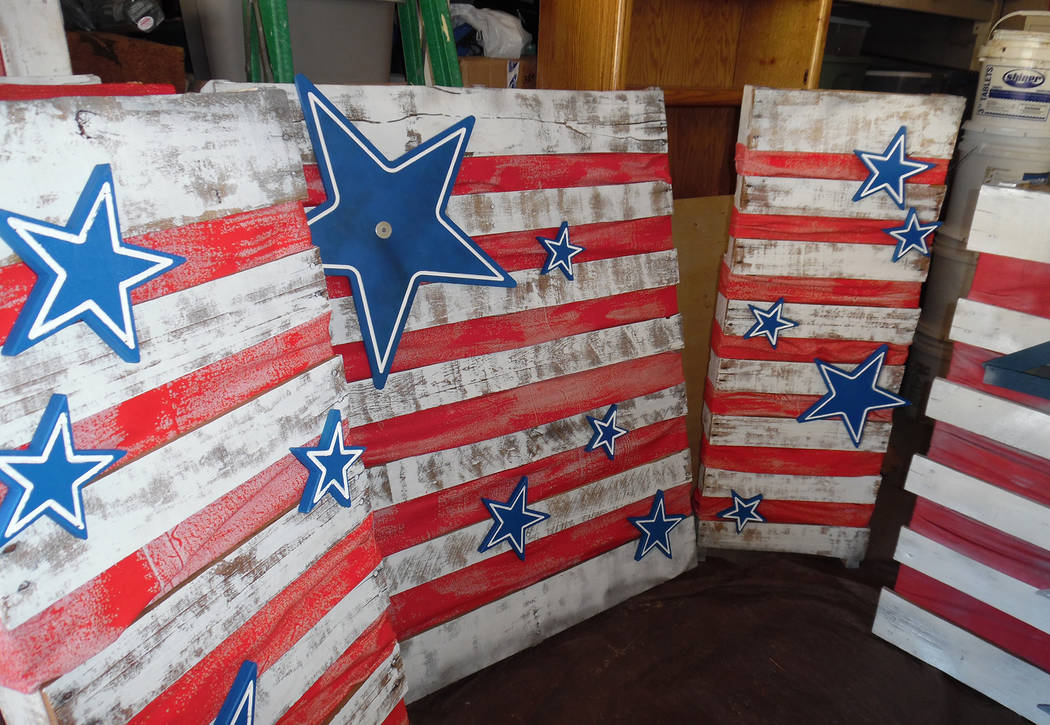 Hali Bernstein Saylor/Boulder City Review Patriotic pallets are being created by a team of volunteers and placed throughout the city as well as being used to decorate Broadbent Park for the annual Damboree celebration on July 4.

In 56 years, Pam Walters has never missed a Fourth of July celebration in Boulder City, and this year will be no different.

Walters and her family will be watching the parade from the same location they have been at for decades and set up in Broadbent Park for the afternoon activities.

The only addition to her traditions this year is her participation in helping make the celebration more festive.

Walters is part of a small-but-growing group of residents who have been creating patriotic pallets that are being displayed throughout the downtown area and used to decorate locations where the annual celebration will be held.

“It’s a joy,” she said. “I’d do anything to make Boulder City the best place for the Fourth of July.”

Walters, an avid crafter, said she was asked by Patty Sullivan of the Boulder City Parks and Recreation Department and member of the Damboree Committee to help paint pallets last year.

After positive comments about the few used at the announcers’ stations, situated along the parade route and set up in the parks, the pallet-painting project was expanded.

According to Sullivan, the handmade decorations were inspired by the city’s history, using recycled materials that might have been found during the community’s early days.

Tara Bertoli, who has lived in Boulder City for about 40 years, has been transforming recycled items into home decor for years and used old screens from the windows of her home on Denver Street to make patriotic decorations.

She said she was really impressed with the vintage look of the Damboree decorations last year and volunteered to help with this year’s project after hearing about the effort.

Bertoli said the majority of the decorations are made with scrap or donated items.

“The most expensive thing is our time,” she said.

The idea behind the project is to remind people about the city’s heritage while showing them that you don’t have to spend a lot of money to make the town look beautiful, she said.

Walters said the pallet decorations are starting to catch on, especially now that they are being put in prominent locations in the downtown area.

She said her mother saw a display in front of Albertsons and called her wanting to know where she could buy some to put in her own yard.

That’s exactly what Sullivan said she was hoping would happen. She also would like to offer a pallet decorating contest for next year’s festivities, getting more people involved, though Bertoli said they might be able to coordinate all the details in time for the town’s Christmas celebration.

Sullivan and Bertoli said the majority of the pallets are painted red and white, with accent stars in blue and silver. The idea of the base color scheme is so that the pallets can be reused during the holiday season and accented with Christmas decorations such as candy canes, holly wreaths and trees.

All of the stars Bertoli has attached to the screens accenting her home were put on with hardware that can be removed so she can recycle the screens in the future with other holiday-themed decorations.

Anyone wanting to help with the patriotic pallet project can contact Sullivan at 702-293-9340 or psullivan@bcnv.org.