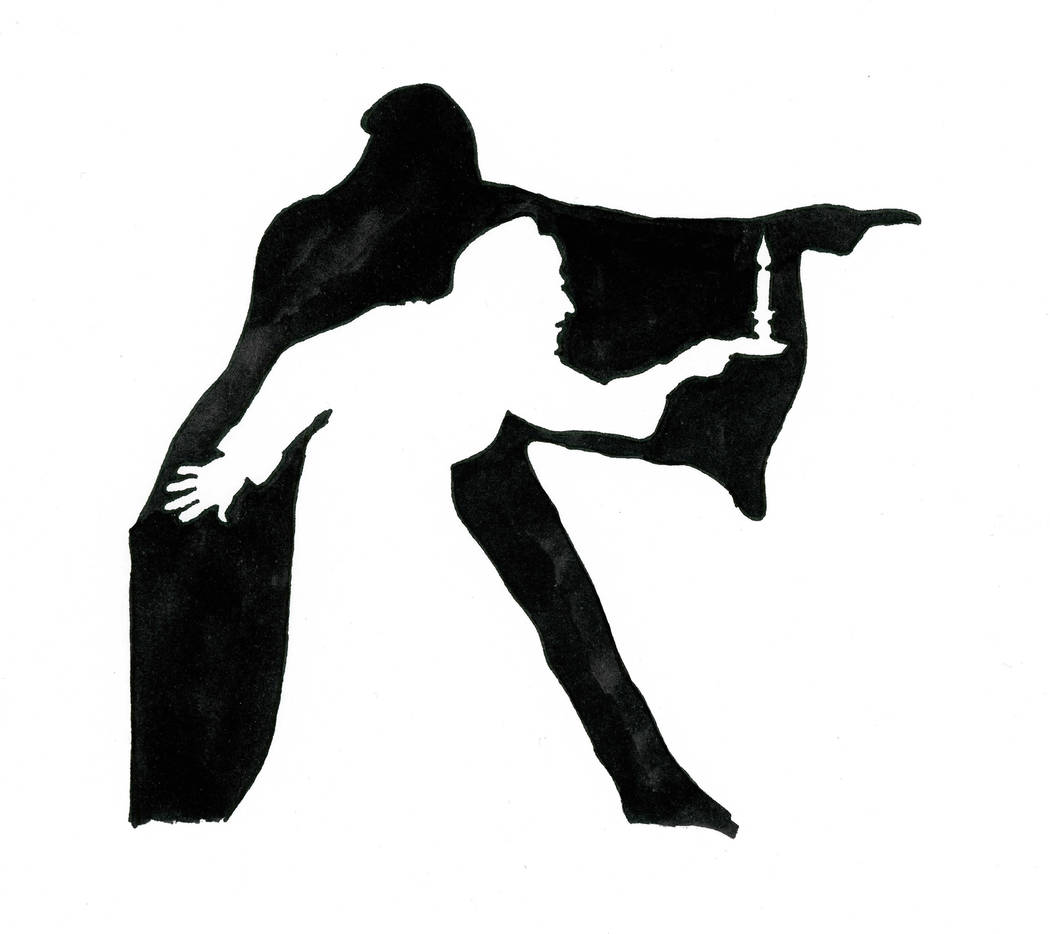 James Adams Charles Dickens' classic holiday tale of Ebenezer Scrooge will be told in "A (one man) Christmas Carol" on Saturday, Dec. 22, 2018, during a benefit performance for Emergency Aid of Boulder City.

Thirty-four inhabitants of an English village, including four women and seven children, will come to life by a sole actor when a Las Vegas performer brings his one-man Christmas show to Boulder City.

Kellan Baker, a longtime performer in “Tournament of Kings” at Excalibur, is the lone cast member in the original show “A (one man) Christmas Carol.”

“I play 34 characters, including four women and seven children,” he said.

Baker will perform Dec. 22 at the Los Angeles Department of Water and Power Building, 600 Nevada Way. The show starts at 7 p.m., and tickets are $20. Twenty-five percent of the proceeds will go to Emergency Aid of Boulder City, the show’s sponsor.

“We’re sponsoring it because we use the building,” said Deb Finnegan, a director for Emergency Aid.

Finnegan said her favorite Christmas story is “A Christmas Carol,” so when she heard Tsvetelina Stefanova of Bad Moon Booking was looking for a location to hold this version of it, she contacted her.

“It’s a fundraiser we really don’t have to do a lot for. … I just hope we have a nice turnout,” she said. “I think these things in Boulder City are great to do.”

In addition to receiving the percentage of ticket sales, Emergency Aid will be helped by people donating through its copper pot.

Baker’s father Doug wrote “A (one man) Christmas Carol” in 1996 and performed it until Baker took over 11 years ago.

“He wrote it and gave it to me. … It’s one of my favorite stories ever told,” he said.

“He was the author of this rendition and I wanted to continue the tradition of performing it. I remember thinking that if this show was never done again it would be a travesty. It’s my favorite telling of the carol.”

Baker has been a stuntman in “Tournament of Kings” for almost 19 years and said he enjoys the creative side of the show.

“It’s an outlet. … With working on the Strip, it’s hard to get to shows,” he said. “So once a year, I get to do this storytelling and indulge my creative self. It’s also a marathon and test … of acting.”

He said he hopes that people who come to it will realize the story of Ebenezer Scrooge and how he reclaimed his life by not only forgiving himself but also by being able to move forward to a better place.

Baker has performed the show throughout Nevada, Southern California and Arizona. This performance is his first in Boulder City.

Doors open at 6 p.m., and The Mostly Dusty Carolers, a group of singers comprised of independent bands in Las Vegas will perform holiday music. There will also be a bar with alcohol available for purchase.

The show is not recommended for children younger than 10 years old.

Email badmoonbooking@gmail.com for to purchase tickets in advance.