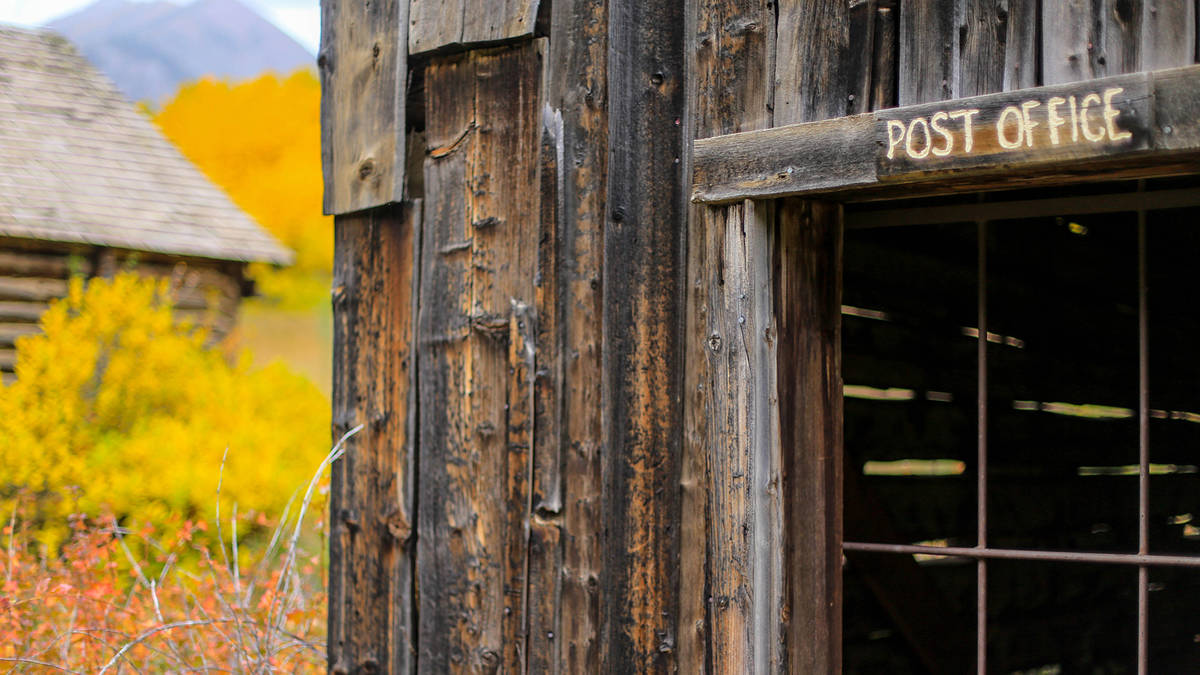 (Getty Images) When it came time to officially name the city of Winnemucca, the first postmaster’s preference came out on top.

Have you been to Winnemucca lately? Maybe so, maybe not. The name itself, historians say, has a Paiute Indian origin itself and that makes it yet another interesting tale of Nevada’s Yesteryear.

Stories from old-timers, from journals of those passing through and from later history books tell of the first white men and trappers, many whose names are lost to history. Coming to the mouth of the Humboldt River in the late 1840s, they met a young Indian who claimed he was a chief of his tribe.

The white men learned the young brave was a man in love with a young maiden, whose name is not mentioned. Paiute custom held that he give one moccasin as a sign of his passionate love. Why a moccasin to a white man is not told, but apparently he did. The white trappers dubbed him “One Moccasin.” In the Paiute language the word for footwear was “mau-cau.” Thus “One a mau-cau” eventually was slurred to “Winnemucca.”

In later life, this man would be known as Old Winnemucca.

Professor Phillip Earl, formerly with the Nevada Historical Society, wrote that the old chief’s son, Lee Winnemucca verified the one-shoe story in an interview he granted with a reporter in August 1887.

Harry Winnemucca, great-grandson of the old chief, had a different version of the story, reported Earl, saying that Old Winnemucca lost the moccasin fleeing from U.S. Calvary soldiers on the Forty Mile Desert.

Another version of the story, Earl reported, is that a Frenchman named Frank Baud, who came east from the California gold fields with countrymen, brothers Louis and Theophile Lay, established a trading post on this spot in the Humboldt, which became known as Frenchman’s Ford or French Bridge after a toll bridge they operated. However, it is said Baud liked the name Winnemucca and that was the name adopted when the first post office was opened there Feb. 1, 1866. Baud himself served as postmaster.

For a couple of years, the community was called Centerville, because it was centrally located to surrounding mining operations.

When the Central Pacific Railroad came through in 1867, a public meeting was held to decide on a permanent name for then Centerville and the name Winnemucca was chosen.

However, Old Chief Winnemucca had not been particularly friendly to the white man who had intruded on his ancestral homeland and may have even wanted to participate in the wars in Nevada the Paiutes had with the with the Army, but he did not.

Historian Gary Rocha has studied the story in more depth and Earl says Old Winnemucca had become friendly with Baud and Baud helped supply food and medical attention of some sort to the old chief. Rocha said it was his understanding that Baud insisted on the name Winnemucca for the post office, although local residents continued to use the name French Bridge or Frenchman’s Ford.

In 1867, Baud built a new hotel and named it the Winnemucca Hotel, with a possible motive of ensuring that would be the name of the town.

Although Baud is not as well-known in state lore as are Myron Lake, “father of Reno,” or Jim Butler, “father of Tonopah,” he is certainly to be recognized for his efforts to see that the name Winnemucca became official.

Side note: Winnemucca is mentioned in the American version of the song “I’ve Been Everywhere,” recorded by Hank Snow (1962), the Statler Brothers (1973), Lynn Anderson (1970) and Johnny Cash (1993). The song begins “I was totin’ my pack along the dusty Winnemucca road.”

Note: The first proposal for a transcontinental railroad was made as early as the 1830s, well before anyone knew what the western part of the continent contained. The matter was brought before Congress for the first time as early as the 1845-47 session.

In 1853, the Pacific Railroad Surveys were authorized and by 1856 were completed. These surveys comprised 13 volumes of information and outlined five routes that the railroad could utilize to cross the United States from coast to coast. Up until the start of the Civil War the southern route was favored more so than the other four.

With the advent of the War between the States, the southern route was out and there was a real need to bind California to the rest of the Union. On July 1, 1862, President Abraham Lincoln signed the Pacific Railroad Act and the first transcontinental railroad was assured. This act also chose the central route through Northern Nevada.