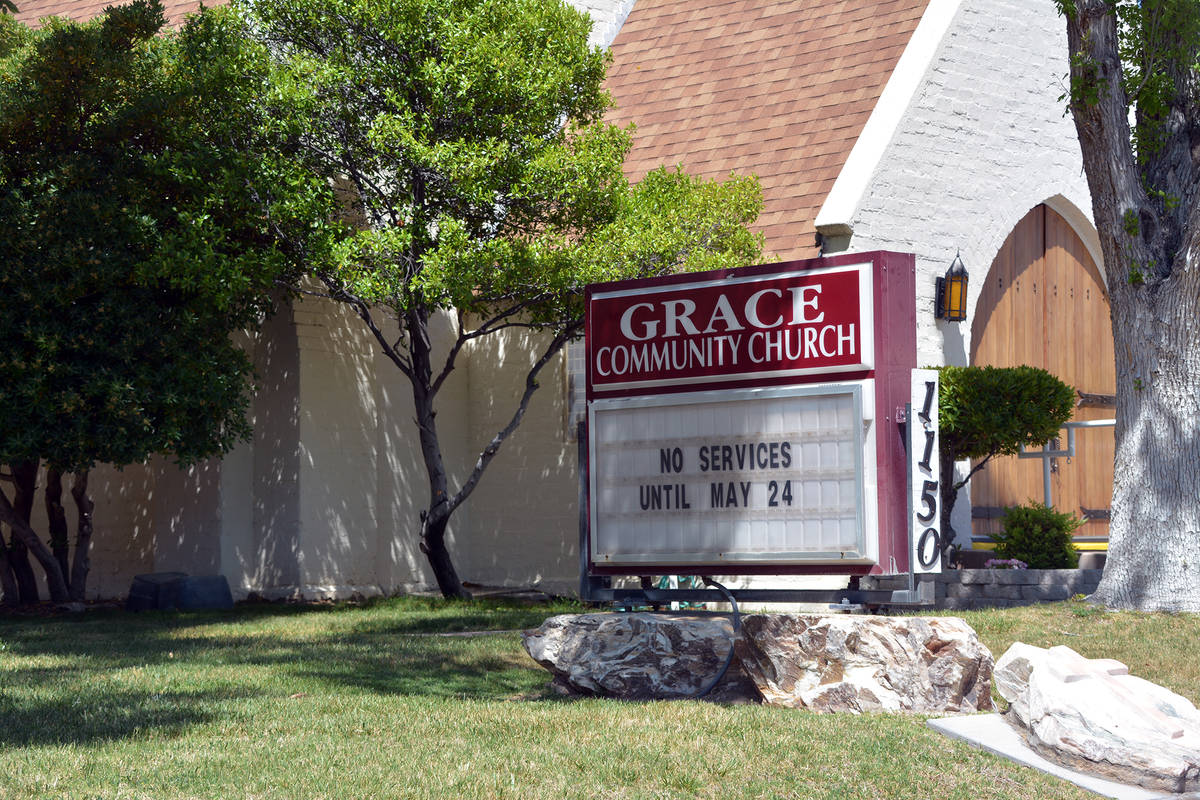 (Celia Shortt Goodyear/Boulder City Review) Grace Community Church has been posting church services on its YouTube channel as well as opening doors to the sanctuary to provide a place of refuge and prayer. 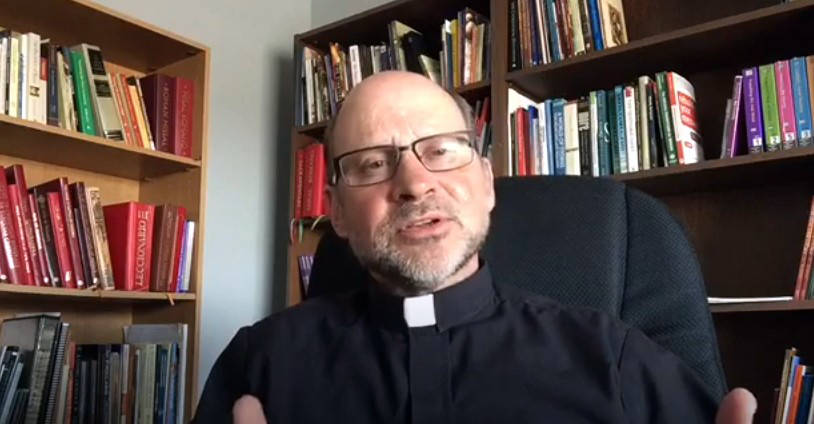 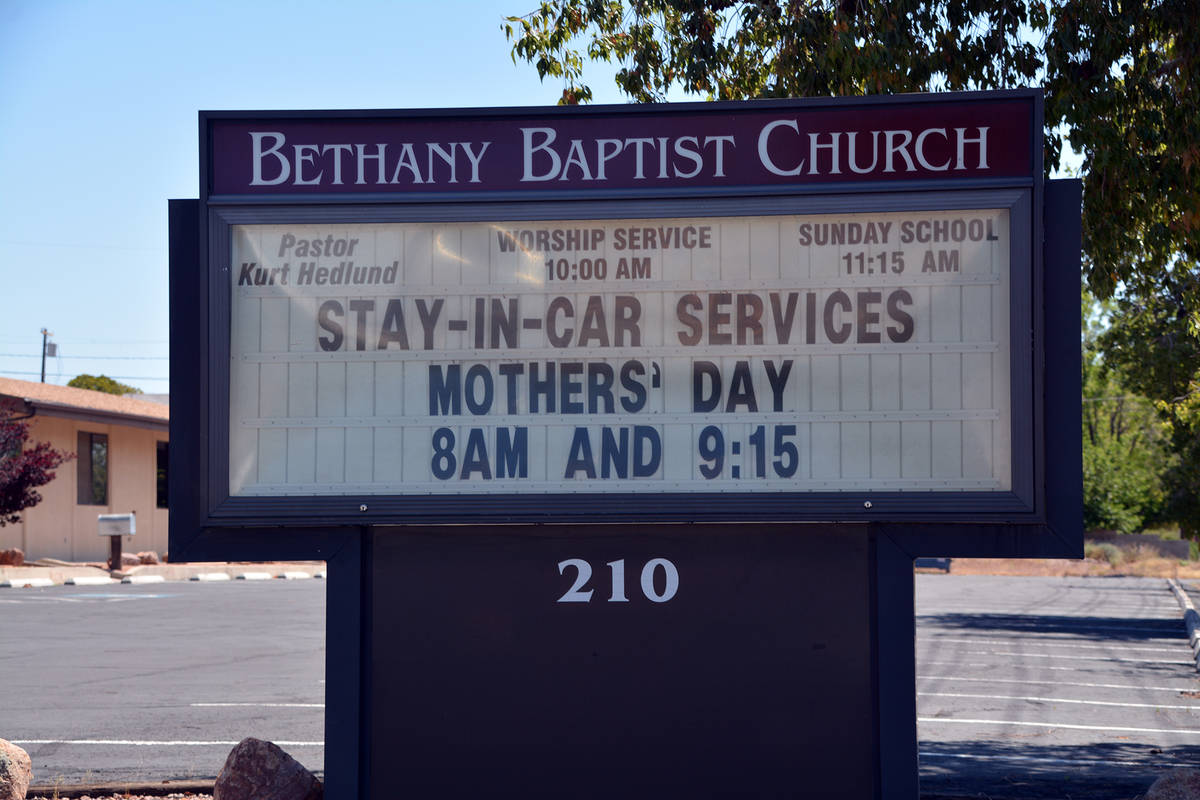 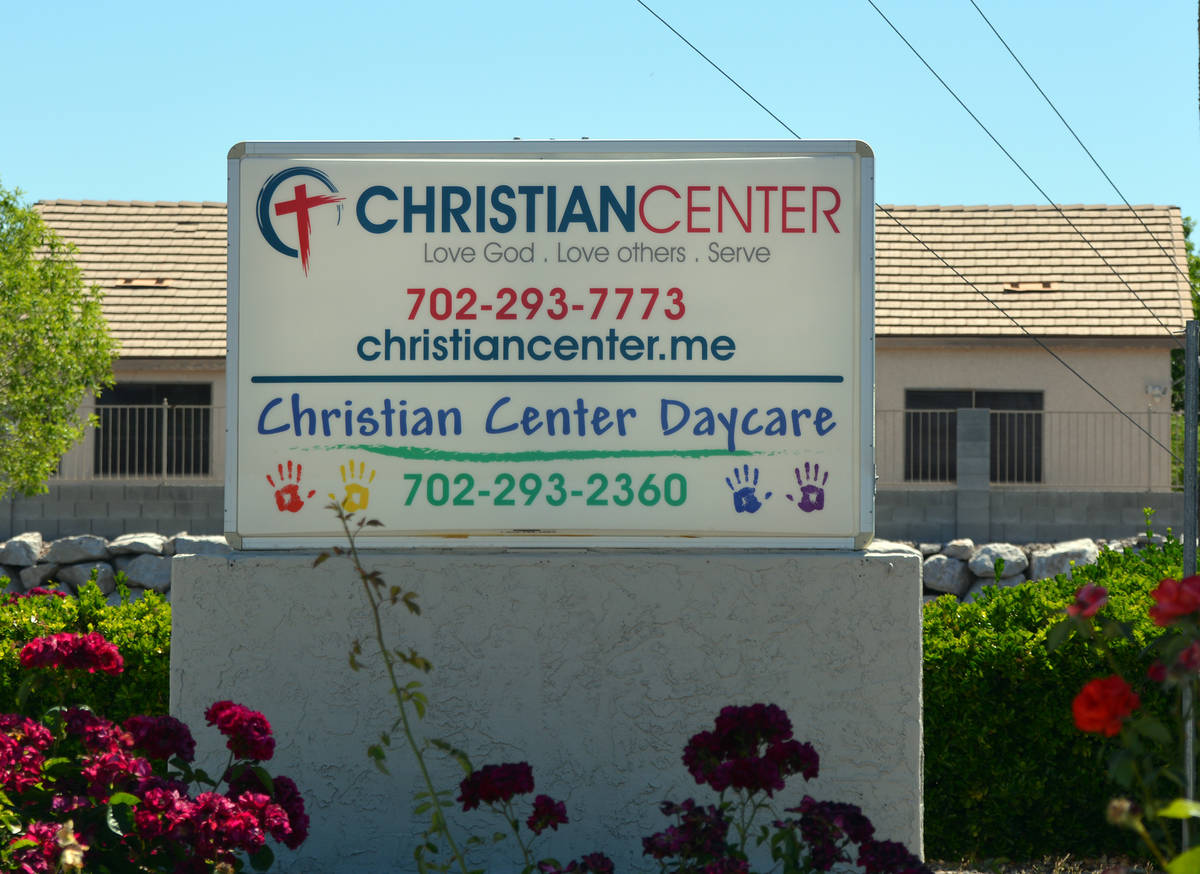 Celia Shortt Goodyear/Boulder City Review Christian Center Church is streaming its services to minister to its members during the pandemic.

Local churches are not letting the pandemic stop them from tending to the spiritual well-being of their congregants.

Christian Center Church has had its services available online for awhile, but lead pastor Deborah Downs said they are now also hosting their prayer meetings and other ministries online as well as posting more on social media.

“We continue to host Pub Theology … through Facebook live,” she said. “I write the questions and Todd (Cook, her husband), my daughter and I go through them and talk about them while fielding comments and questions from people watching.”

They also check in with the church members to make sure they are doing OK.

“We have three pastors on staff,” Downs said. “We’ve split up our members among the three of us and we all keep in contact with those people.”

Calvary Chapel Boulder City has been live streaming its services on YouTube since October 2017 so it wasn’t a difficult transition for them when they couldn’t meet in person, said the Rev. Jason King.

“Having that in place was a great blessing for us,” he said.

Once the service is complete, it is automatically archived so people can watch at their convenience, he added.

He said he is recording the service and makes it available on YouTube at 10 a.m. Sundays when the congregation would usually gather to worship.

Many ways to reach out

Additionally, he is sending out a weekly Bible study through email to church members and using Zoom, an online conference program, for adults to “meet” at 9 a.m. Sundays.

Like most other churches, he and other leaders call the members to see how they are doing.

“We’ll keep doing this until it’s deemed safe to come back,” he said.

The Rev. Ron Zanoni, pastor of St. Andrew Catholic Community, said they want to reach out to people and continue being a church and a community despite the current limitations.

One way they do that is by recording the weekly mass and posting it on YouTube around the time they would usually meet in person.

“Hopefully, we will all be praying together,” he said, noting that Mass will not be held through at least the end of May.

The church did have to discontinue its ministry to take Holy Communion to its members who are homebound or sick, but they are still calling and sending them notes.

“We are doing as much as we can in any way,” Zanoni said. “We have to stay in touch with our people in rest homes.”

Additionally, the church leadership is calling all of its parish members and those who haven’t been there in awhile.

“We’re hoping to reach upward of 300 to 400 people just to check in,” he said. “That’s been a good thing. I think people have appreciated it.”

At Bethany Baptist Church parishioners are able to listen to weekly services complete with music and a sermon by the Rev. Kurt Hedlund, pastor of the church. They are posted on the church’s website. They also host regular Bible studies and prayer meetings through Zoom.

Hedlund said the online meetings are going well and some of the Bible study sessions have actually been “attended” by more people as many were not physically able get to the church.

He said the success of the online meetings may actually prompt the church to continue offering these platforms in the future along with traditional Bible study sessions.

The online meetings also have been helpful for board members, including one who lives in the northwestern part of Las Vegas, to attend their meetings without having to travel 40 miles each direction.

In addition to religious services, church elders are responsible for checking in with regular attendees to make sure they are OK, Hedlund said.

He said the church had planned to have a drive-in service for Easter, but had to cancel that to comply with the governor’s emergency directives. However, now that those restrictions have been lifted they will have a special drive-in Mother’s Day service at 8 and 9:15 a.m. Sunday, May 10.

Zanoni said St. Andrew will not be holding drive-in services even though it has the ability to offer them. He said Catholic churches all want to offer the same things to their members and other churches nearby may not be able to.

“We just want to do this together,” he added.

King said the configuration of their parking lot will not allow them to hold a drive-in service, but he is hoping they can utilize their large meeting space to resume Bible study for groups of 10 or less.

“We are working on how to safely, wisely and responsibly have some small group meetings,” he said.

The church will have face masks available for those who want them. King said their quilting ministry has made more than 1,000 masks, most of which have been donated to the hospital and assisted living facilities in town.

Christ Lutheran Church, 1401 Fifth St., is taking another approach to reaching its congregation.

Pastor Adam Stetson said he sends out a mailer to each member every week with the Bible study and weekly readings in it that would have been given during the service.

He also said he reaches out to the members on Saturday and Sunday evenings when the services were held.

“During worship time, I call each and every member,” he said. “I check in on them and see how they’re doing.”

Grace Community Church’s pastor, Rev. David Graham, said he records a message for his congregants, then prayers and music are added and Associate Pastor Francyl Gawryn weaves it all together before it is posted to their YouTube channel.

“We have been doing this since Palm Sunday,” he said, noting that people from across the country, including those who are not affiliated with other churches, have been watching their services.

The service can be found on the church’s website, https://bcgrace.org.

As much as members appreciate the ability to worship online, Graham said he also opens the doors to the church’s sanctuary every day and stands on the patio.

“People honk and wave as they pass by,” he said.

On a recent Sunday, about eight people came in to pray, maintaining the proper social distance.

“I believe the doors of the church should be open as a place of refuge and prayer,” he said.

At the moment, he said Grace Community is planning to be open for services May 24, with congregants having to wear masks and sitting in every other pew.