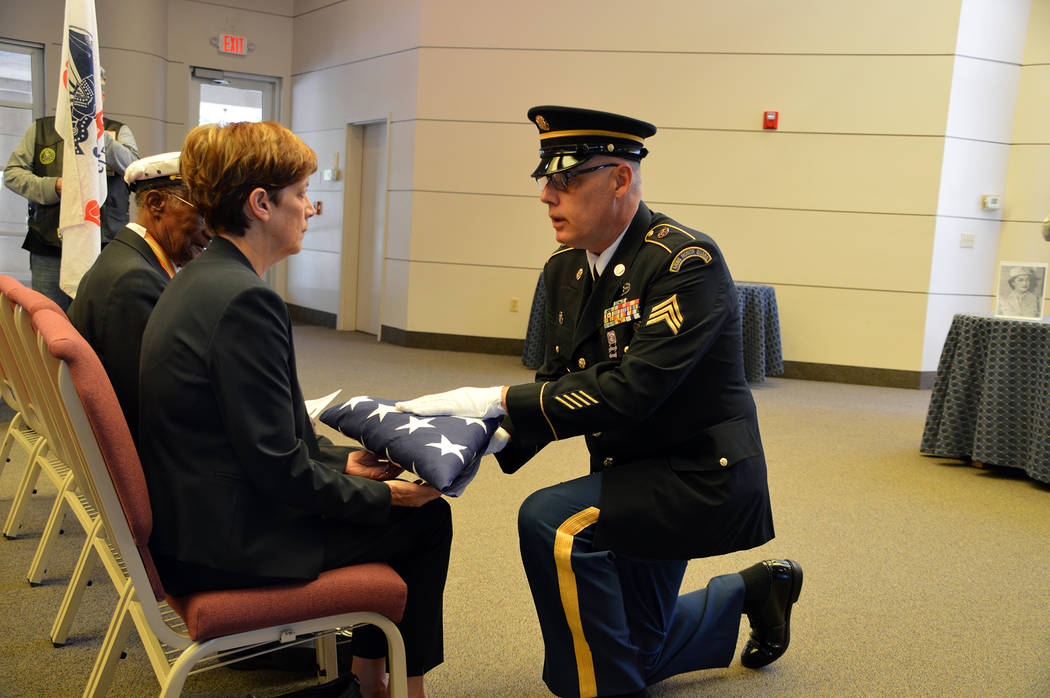 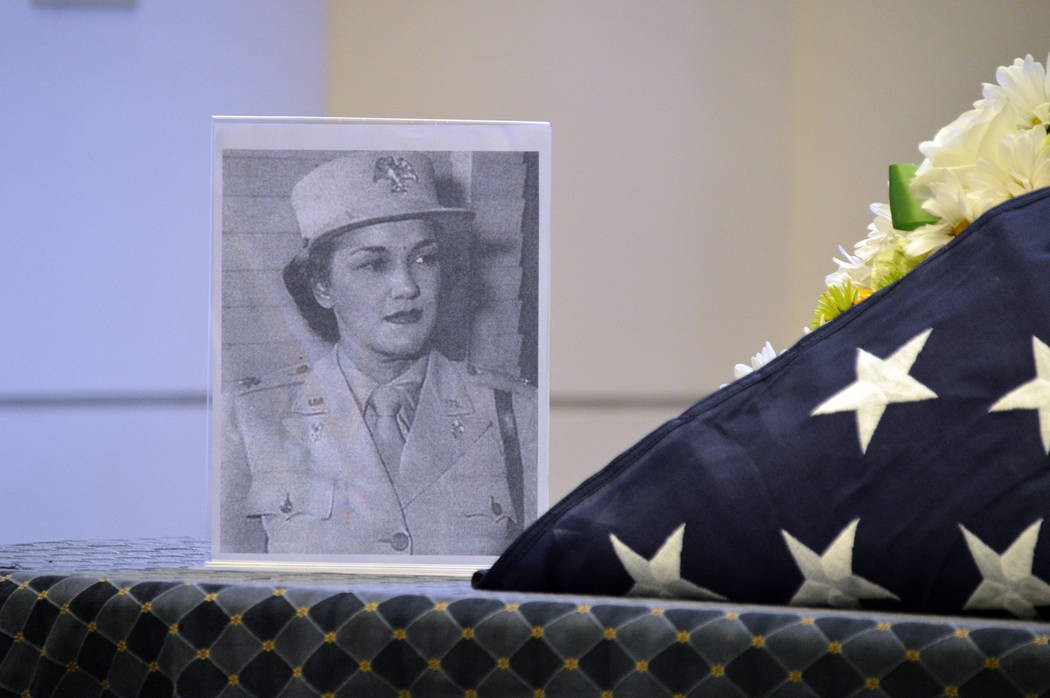 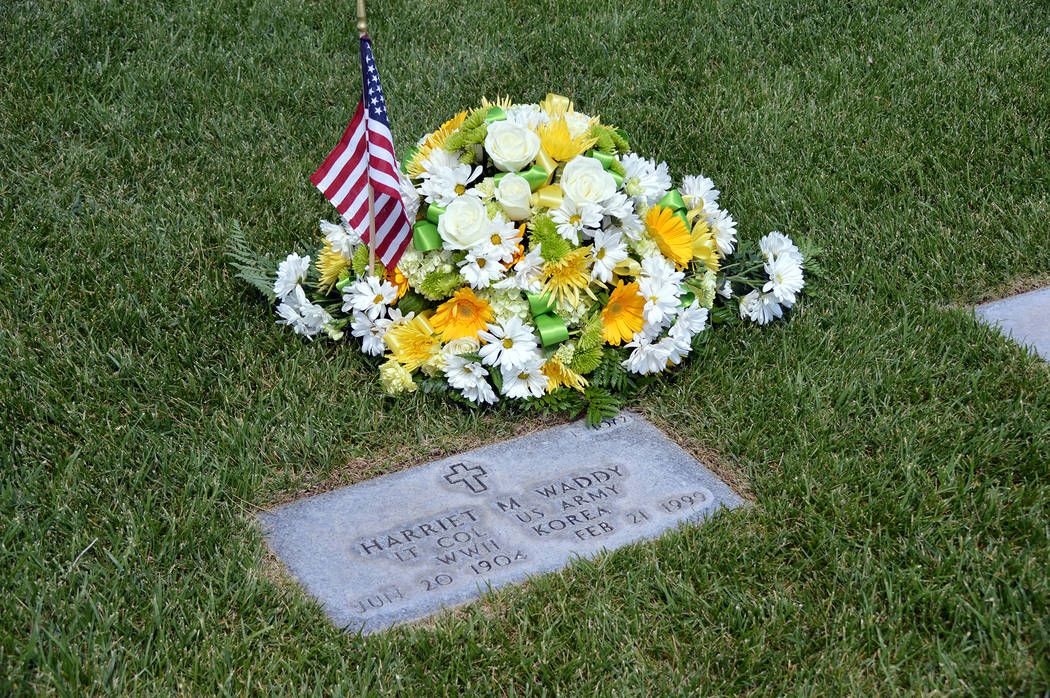 On the eve of Memorial Day, a time set aside to remember those who died serving their country, a World War II and Korean War veteran was honored with a memorial service more than 20 years after she died.

Waddy was an African-American woman who was among the first 39 graduates of the Army’s first officer candidate school for women in 1942 in Iowa. She was also the first and one of only two African-American members of the Women’s Army Corps promoted to major in World War II.

Waddy died more than 20 years ago onFeb. 21, 1999. She was buried at the Southern Nevada Veterans Cemetery. As she did not have any surviving family members, no one was at her service.

The Women Veterans of Nevada honored Waddy by giving her the military service she never had.

Philpot emceed the service and is the chairman and project director for the Buffalo Soldier Educational and Historical Committee.

Nevada Veterans Services Director Kat Miller was presented with a flag at the service in honor of Waddy.

In addition to serving in two wars, Waddy was made a military aide to the director of the WACs in 1949 and helped to improve and enhance the treatment of women in the military.