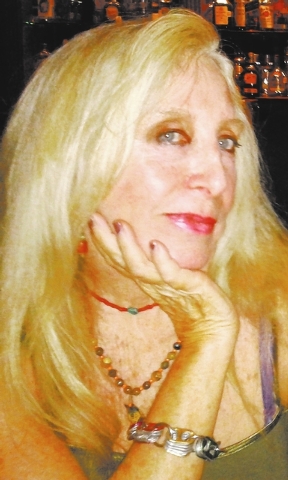 Eva Hunter’s “A Little Mormon Girl,” published in September by St. Michael’s Press, chronicles Hunter’s childhood in the 1950s and 1960s in Boulder City, and the sexual abuse she, her two sisters and other relatives allegedly suffered at the hands of her father, a Los Angeles Department of Water and Power employee.

Hunter, who lives in central Mexico, is an author of two other books and a former freelance journalist who has written for the Boston Herald, The Oregonian and The New York Times Magazine.

She said she has wanted to tell her story for 20 years, but had to wait until her parents died.

“As a writer who is a former literary nonfiction journalist, I was sitting on a good story,” Hunter said. “You’re going to exploit a story if you have one.”

The 245-page book follows Hunter from the time she first remembers being sexually abused by her father at age 3 in the family’s Birch Street home through an adolescence further darkened by illness and emotional abuse from a religious fanatic mother.

After graduating from Boulder City High School, Hunter briefly attended University of Nevada, Reno, where she partied more than she studied. When she accidentally got pregnant, gave birth and returned to Boulder City, she was shunned by her parents.

The return home didn’t last long. Hunter fled to San Francisco and the heavy drug use of the late 1960s, where she renounced Mormonism and wrote anonymous dispatches about hippie culture for the Las Vegas Sun.

The narrative ends in 1969, with a 22-year-old Hunter, tripping on acid and locking eyes with Charles Manson on a Southern California beach.

She said the Manson encounter, and everything else in the book, is true to her memory.

Hunter narrates the memoir by changing the maturity of her voice as her character ages. It reads as if it were a collection of diary entries.

Although the sexual abuse is the linchpin of the memoir, the book also is the story of a complex family dynamic created by her “cold, narcissistic and punishing” mother, who was viewed by her children as the worse of the two parents.

“The only warmth, yet it was flawed, was from our father,” Hunter said.

Hunter said the most emotionally difficult part of writing the book was not detailing the sexual abuse, which she said she had processed through prior therapy. It was recalling a time when her mother found a letter she had written in an effort to score drugs and contacted the parents of the friends mentioned in the letter.

“The one place that really knocked me back is when I wrote about my mother betraying me with my friends,” she said. “I had never focused on this incident with my mother, to really see what a huge betrayal it was by one’s own mother.”

Hunter’s father was never reported to the police, even though he allegedly sexually abused three generations of family members. Hunter said that during the time she was being abused, sexual abuse was not as culturally recognized as it is today.

“That was a time in the United States where any problems were swept under the rug,” she said. “Sexual abuse was never talked about.”

In later years, her father was confronted by Hunter and other family members, but mostly, she said, “the whole family protected him.”

“Generations of us lived in a dream that denied who my father really was, and some still live in that dream, which is not unlike the effects of Stockholm syndrome, where victims identify with their oppressors,” she says in the memoir.

Hunter said it wasn’t until she began seeing a therapist while writing the memoir that she fully realized the true nature of her father’s actions.

“Basically, my therapist said he was totally a monster, and that went against everything I believed,” she said. “I wanted to believe this was a good man with a flaw.”

As one might guess by the memoir’s title, Mormonism takes a front seat in the book, which includes short excerpts from the Book of Mormon and other Mormon literature.

Part of the focus on the religion is a marketing angle for the book, she said.

But Hunter also places some of the blame for her sexual abuse on Mormonism, which she said is a “very, very male-dominated religion” with a history of sexual abuse and incest.

“I think there’s a logic to (Mormon sexual abuse). There’s a logic about why all these (Catholic) priests are being discovered (molesting children),” she said. “It’s the power and secrecy of religion, and sexual abuse requires secrecy.”

Since the publication of “A Little Mormon Girl,” Hunter said the reaction from readers has been “overwhelmingly supportive,” and she has been contacted by many other victims of sexual abuse from across the United States, including Boulder City.

Hunter will be speaking at the International Club in Las Vegas Jan. 30, and also hopes to schedule a speaking engagement in Boulder City at the end of January.

“A Little Mormon Girl,” is available online at Amazon.com.