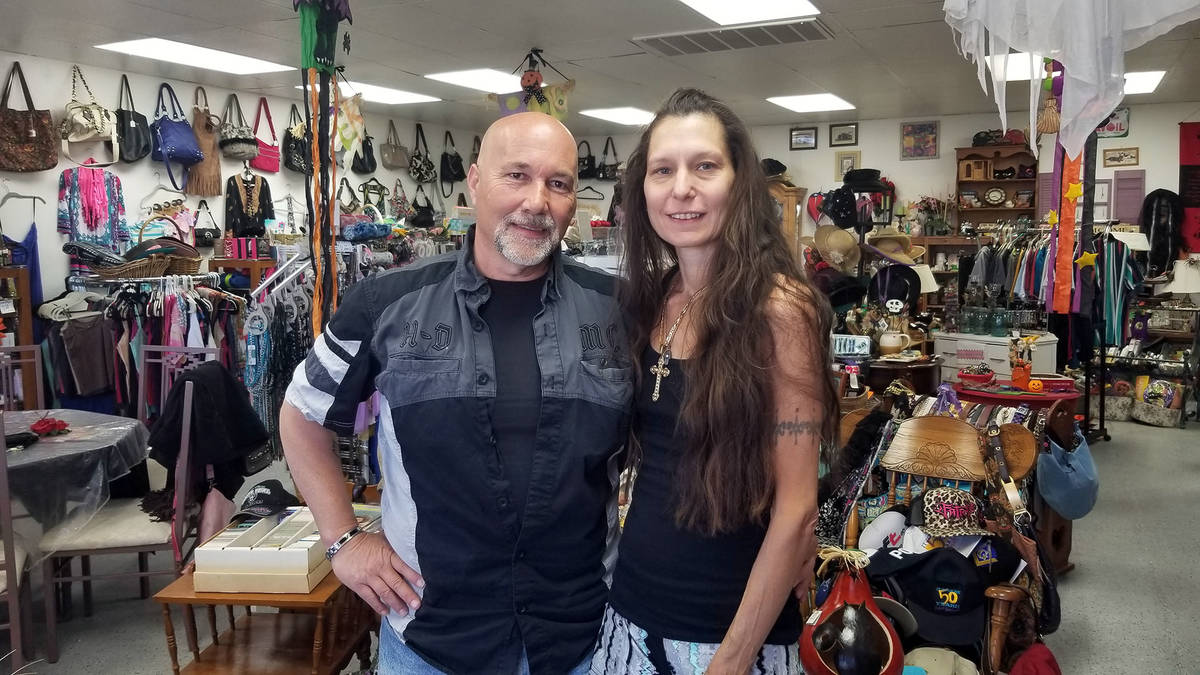 Darren Mancusi and his wife, Lucia Patane, are closing their store, Treasure Finds, 1660 Boulder City Parkway, which opened about a year ago. Mancusi said having to close for two months because of the pandemic really hurt the business. They will have a booth at Bella Antiques, 1212 Wyoming St., beginning Aug. 1. 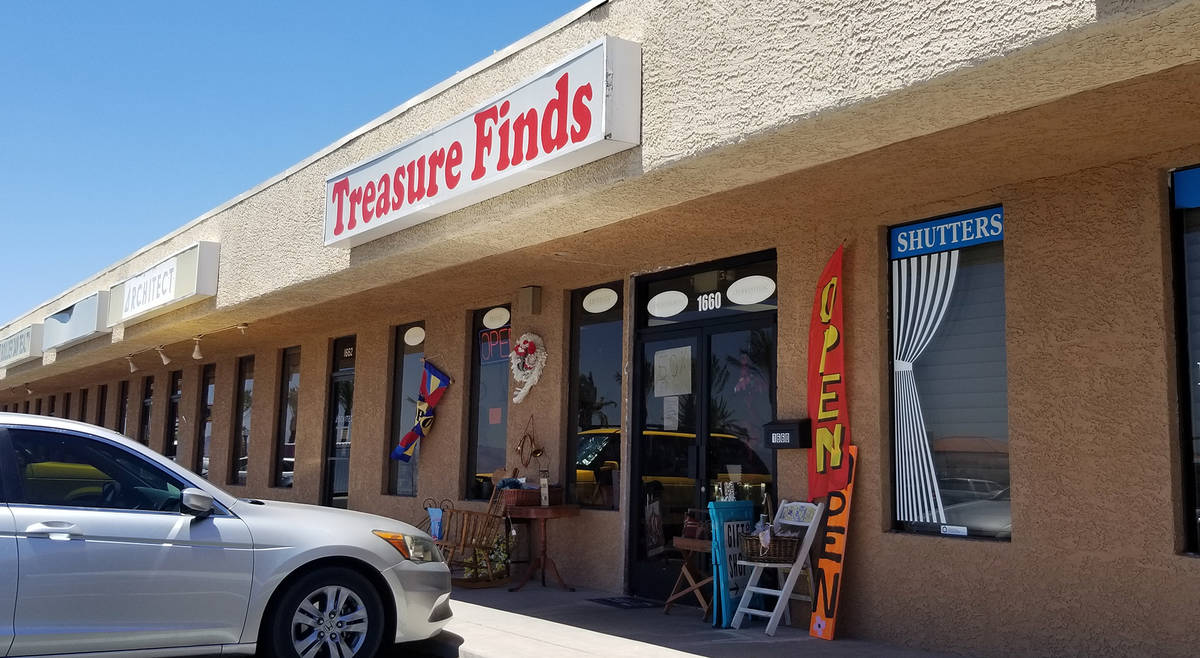 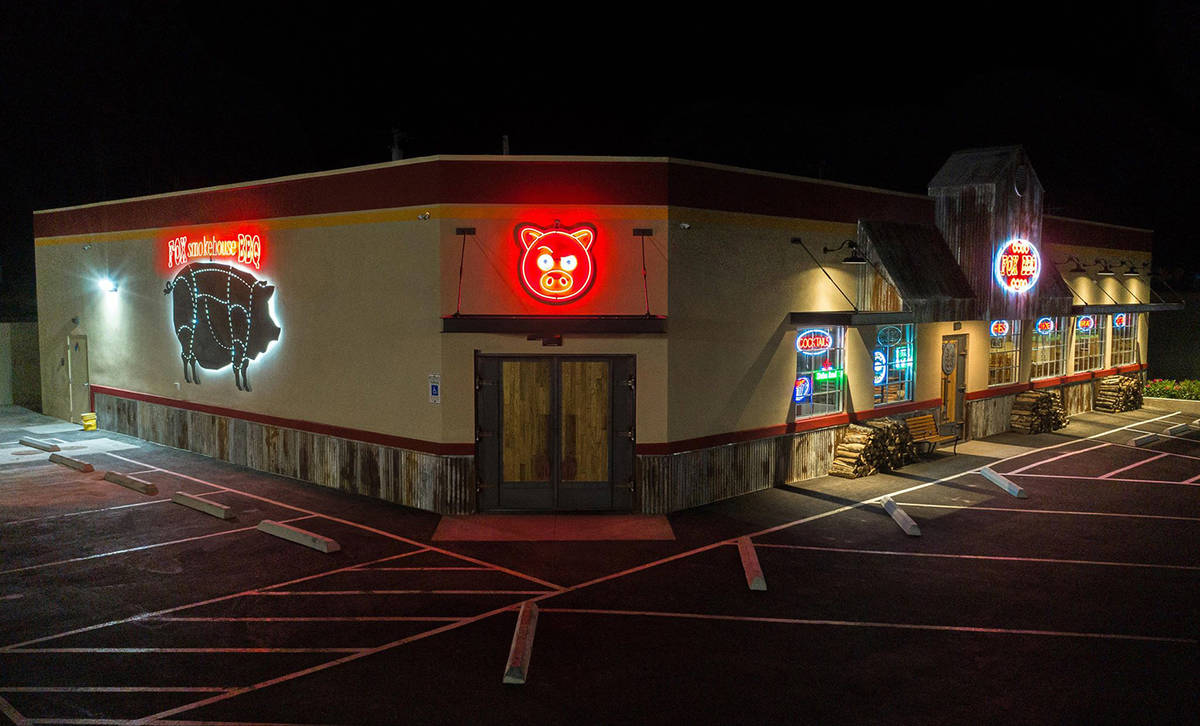 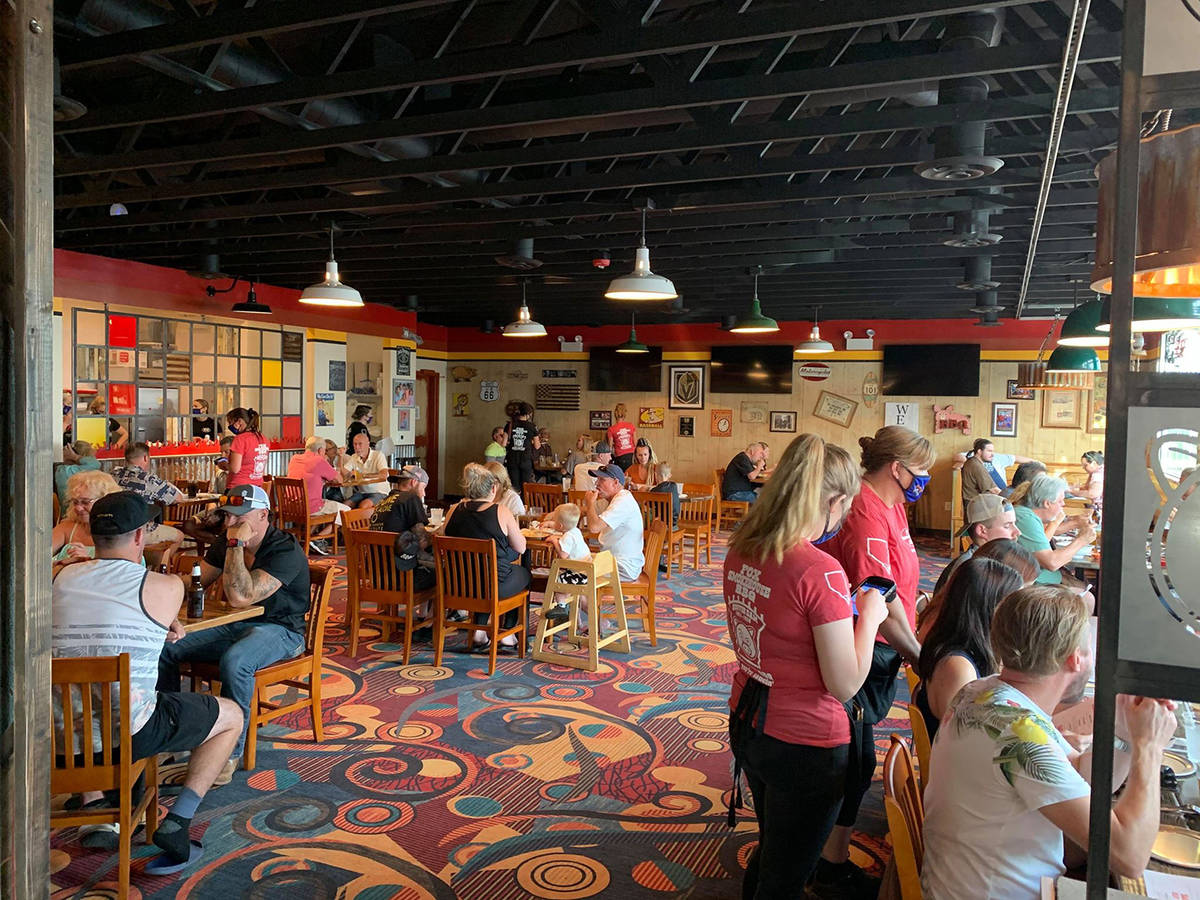 Boulder City business Treasure Finds is closing but it’s not going away.

Owners, Darren Mancusi and Lucia Patane, are closing their brick and mortar store at 1660 Boulder City Parkway and renting a booth at Bella Marketplace, a local antique mall.

“Since the pandemic hit, and we were forced to shut down, it hurt us,” he said.

Mancusi said they lost two months of income, and after reopening, their business still suffered.

“We get a lot of business from people coming into town. … We were doing very well,” he said. “The middle of January everything started dropping off. I feel bad for everybody’s business.”

Mancusi and Patane moved to Boulder City and opened Treasure Finds in 2019 after visiting the town for 10 years. Patane had operated a similar store in New York.

Mancusi said opening this shop was their dream, and he is going to miss the customers that would come in.

Mancusi said they also moved here to be closer to his daughter, son-in-law and granddaughter, who live in Henderson and have no plans to leave the area.

Treasure Finds’ last day of business is today, July 23. Mancusi said he will be packing up, but people are more than welcome to come in and look at what is in the store.

The booth at Bella will be open Aug. 1. Items will also be available for sale on the store’s website, https://treasurefindsllc.square.site/.

“We’ll get our foot in the door and keep the website going,” he said.

He also said he would be willing to open another store should the opportunity present itself.

“We’re keeping that in the back of our heads,” he said.

Co-owner Kelly Fox said she and the family wanted it to be a “premier spot” where they could showcase their talents and be a name for barbecue and Boulder City.

“When we had the opportunity for the family to purchase this new location, we thought it would be great for the business,” she said.

Fox’s new location used to be Mexican restaurant Casa Flores. They purchased it and spent more than a year and a half remodeling the structure.

“We had to start from the ground up,” said Fox.

They enlisted the help of Grant and Larry Turner with the project, and Fox said they took their vision and ran with it.

“We wanted to give a refreshing new place to hang out,” said Fox.

The new location opened on July 4, and is currently open five days a week. It is closed Monday and Tuesday and open from 11 a.m. to 8 p.m. on Wednesdays, Thursdays and Sundays. On Friday and Saturday, it’s open from 11 a.m to 9 p.m. Due to COVID-19 restrictions, the bar is currently closed and the restaurant is limited to 50 percent capacity. Customers can still order cocktails from their tables.

Fox said the opening went well despite limitations caused by the COVID-19 pandemic.

“It was still phenomenal given the social distancing and fear of going out and dining in,” she said. “We’ve been doing pretty well.”

Fox’s former location on Elm Street will still be open for the catering operation and baking prep.

“All of our desserts and our biscuits will be made there,” she said.

More information about the business is available on its website, http://www.foxsmokehousebbq.com/