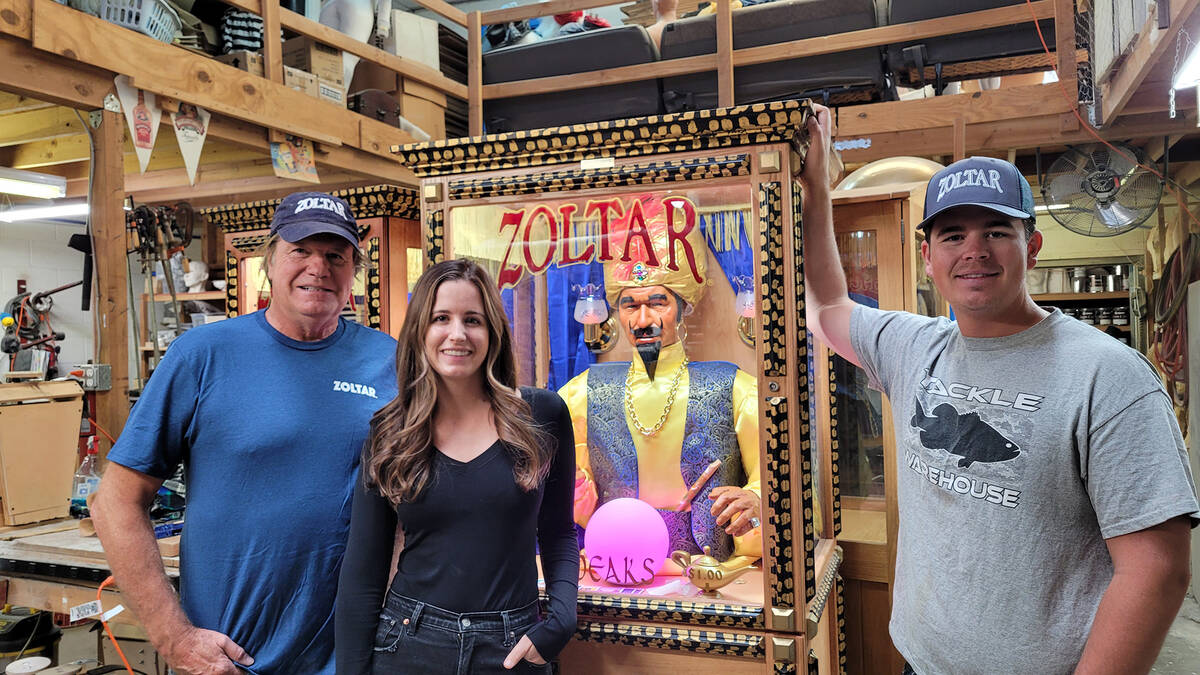 (Celia Shortt Goodyear/Boulder City Review) Olaf Stanton, left, and his children, Karina Stanton and Gunnar Stanton have started a new partnership with Jones Soda Co. that features their well-known character, Zoltar, on some of its soda bottles. 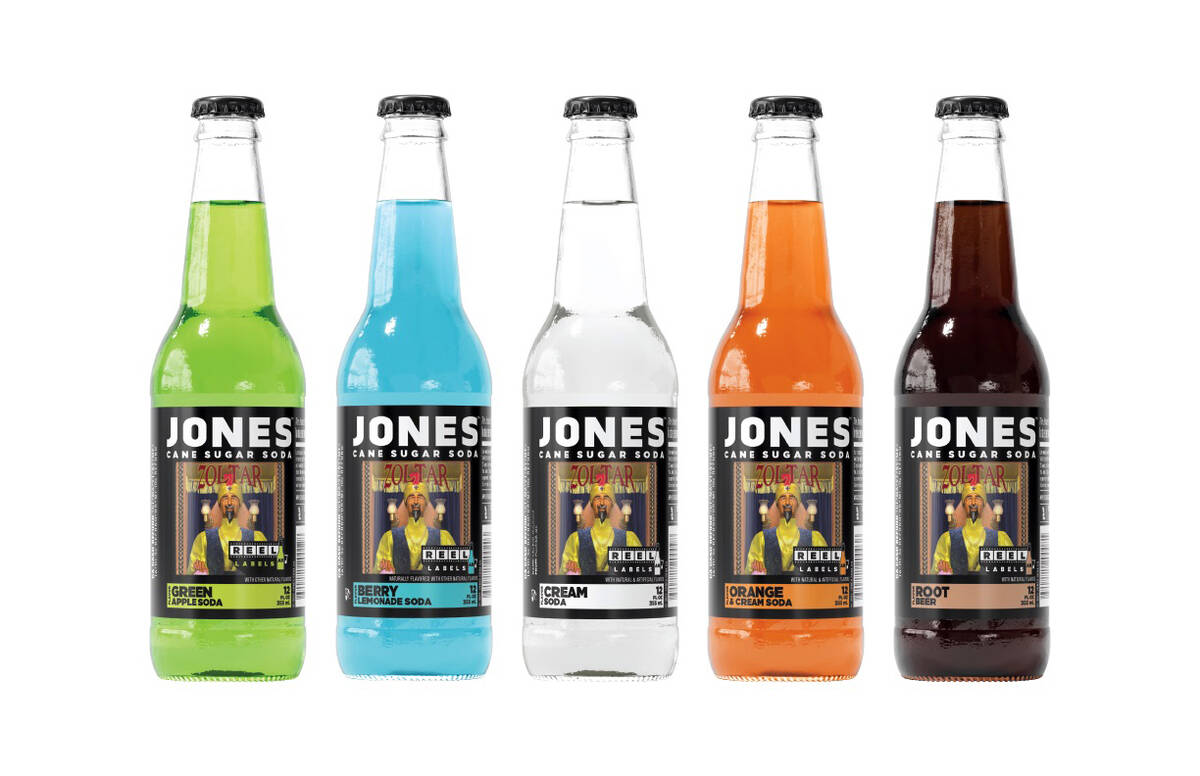 A well-known Boulder City character is reaching new heights thanks to a partnership with a popular soda company.

“After starting out in 1987, making characters in my backyard in Boulder City, and selling them on the road out of a van, it’s exciting to see all the different directions that my business has gone in the last 34 years,” said Olaf Stanton, Zoltar creator and founder and CEO of Characters Unlimited. “We’re very proud to have Jones Soda as our newest Zoltar licensee.”

The augmented reality labels allow people to receive an individualized fortune with each bottle.

Karina Stanton said when someone gets a bottle, they need to scan the QR code on it to download the Jones Soda app and then hover the camera on their phone over Zoltar.

“Once you scan over Zoltar, the label comes to life,” she said. “It says the fortune and then a fortune card will pop up.”

“Our AR labels are unique in the soda category, a perfect fit for our brand personality, and a cornerstone of our content strategy to help attract new consumers in our demographic,” said Mark Murray, president and CEO of Jones Soda, in a press release. “The Zoltar character is ideally suited to our AR initiative because he is instantly recognizable as an animated character. You can’t look at him without wanting to hear what he has to say about your future, even though you know it’s all in good fun.”

Jones Soda also used the official voice artist for Zoltar, so his voice sounds the same as it does with the fortune-telling machines.

The special Zoltar labels are available on some Jones Soda products sold at Smith’s and other grocery stores owned by Kroger as well as at Wal-Mart.

Karina Stanton said they will also be available for sale locally at Grandma Daisy’s, 530 Nevada Way.

“We are working on getting them the contacts to order it,” she added.

The products should be available for sale through February or March of 2022.

Zoltar is part of Characters Unlimited created by Olaf Stanton.

He said he started creating a fortune teller character in the 1990s, and no matter what he named it everyone would call it Zoltar. He found out the name wasn’t trademarked and in 2006, Zoltar was born.

“We definitely owe it to them for making this happen,” she added.

Characters Unlimited, 709 Foothill Ct., specializes in designing and building animatronic people, birds, animals, fortune teller machines and dinosaurs and more. All of its products are built by hand in town.