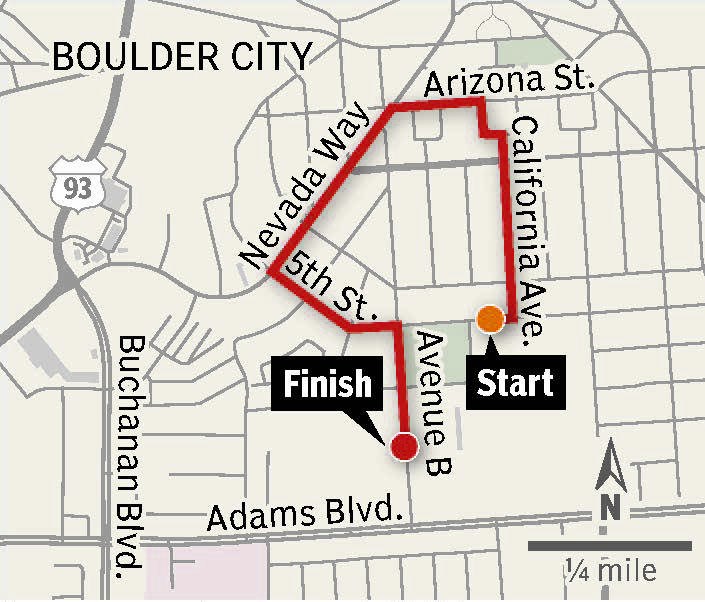 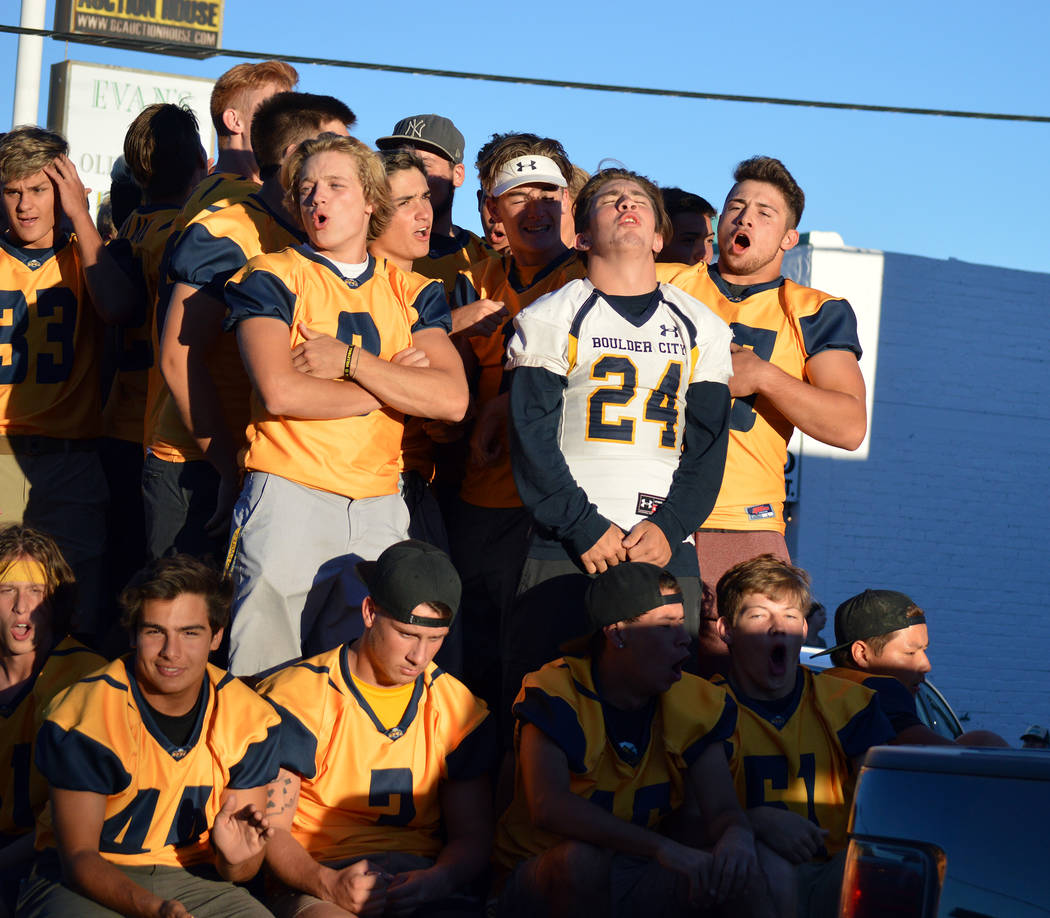 The Boulder City High School homecoming parade is at 6 p.m. today, Oct. 3, in the downtown area. It will feature the football team, homecoming court and other members of the community.

The parade is a long-standing tradition for the school that dates back to the 1950s. The theme of this year’s celebration is Hakuna MaHomecoming.

“The parade entries include the band, school administration, all the fall sports teams, cheerleaders, and homecoming royalty and floats,” said Herr. “All four schools will be represented as Mitchell (Elementary) will have a float with the duke and duchess of homecoming — kindergartners, the King Elementary School choir float and Garrett Junior High School student council will be in the parade.”

The homecoming football game is at 7 p.m. Friday, Oct. 4, at Bruce Eaton Field. BCHS will be playing SLAM Academy. In addition to crowning the king and queen at the game, the school will honor the nine new members of the Golden Eagles Hall of Fame.

The activities will continue at 6:30 p.m. Saturday for the homecoming dance, which will be in the auxiliary gym at the school, 1101 Fifth St.