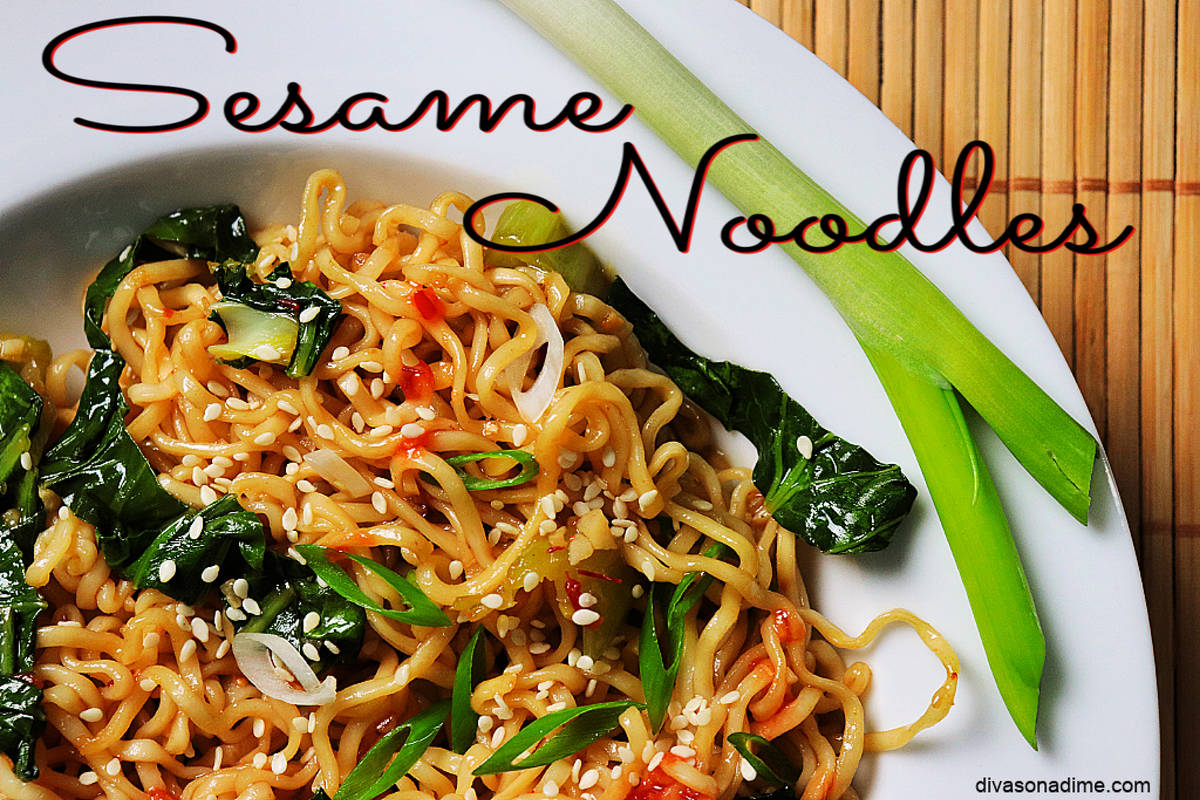 (Patti Diamond) By discarding the flavor packet and substituting water or low-sodium broth, you can make a healthier version of ramen noodles.

Confession time: At the grocery store, I always look at what other people have in their carts. Not a casual glance, either, I really look. I learn a great deal about the family behind the cart. Besides what’s for dinner, I can usually tell how many people are in the household, whether the family has children and what age. I can also gauge how much money they spend and how committed they are to eating healthy foods.

I can tell you the carts have changed in the past six months. I’ve seen significantly more cases of ramen noodles filling carts. Of course, this peaked back in March when we were all stocking up for Armageddon. I get it. They’re cheap, shelf stable and yummy. According to a report by Bloomberg, Walmart’s online sales of instant noodles jumped 578 percent between Feb. 23 and March 21.

But it’s September and I’m still seeing cases of ramen going home with people more than usual. This indicates that folks are trying to stretch their family food budget, even if they know it’s not as healthy as they’d like.

So, we’ve stockpiled it, we’re still buying it and that means we’re eating it. Since we’re eating ramen, let’s make it healthier.

First, the good news. Ramen contains some iron. It’s made from wheat flour that’s been fortified with synthetic forms of nutrients like iron and some B vitamins.

Now the bad news. It shouldn’t surprise you to hear ramen isn’t healthy. But it’s important to understand why. Ramen noodles are highly processed, made from wheat flour, vegetable oils, flavor enhancers and preservatives, which can be harmful to your health. Ramen is nutritionally void. Aside from that, it’s a giant sodium bomb.

When you read the nutrition label (you do read those labels don’t you?), you’ll notice a typical serving of ramen has around 190 calories, 27 grams carbs, 7 grams fat, 1 gram fiber and a whopping 890 milligrams of sodium. But did you notice each package contains two servings? So, double all those numbers and now they’re accurate.

I found one brand that said four servings per package making the sodium over 3,000 milligrams per package. For reference, the Food and Drug Administration recommends less than 2,300 mg of sodium per day.

Eaten occasionally, less than once per week, ramen won’t harm your health. Here are several ways to make this convenient dish healthier.

■ Discard the flavor packet. Most of the badness is in the seasoning packet. Boil noodles in plain water or substitute low-sodium chicken or beef broth to make soup.

■ Add protein. Ramen noodles are low in protein, so adding eggs, chicken, pork or tofu provides protein that will keep you fuller longer.

The best way to upgrade your ramen is to cook your noodles in low-sodium chicken broth diluted with a little water and add one cup each mixed vegetables and cooked chicken breast.

I don’t usually say “This is terrible for you, but here’s a great recipe.” Or perhaps I don’t do it often enough. It’s no worse than a doughnut for breakfast, plus there’s iron.

With that said, I believe if we’re going to occasionally eat something that’s not healthy, it’d better taste ridiculously delicious. Here’s an awesome recipe for Sesame Noodles using ramen noodles. This decadent snack is ready in the time it takes to boil the noodles.

First, bring a pot of water to boil for the noodles. Once the water boils, add the noodles and cook for 3 minutes. While that’s heating up, mince the garlic and ginger.

Heat a skillet over medium-low heat. Add the coconut oil or butter and, once melted, add in the garlic and ginger. Cook for 1 minute, then add the bok choy or spinach and sauté for one minute more. Stir in soy sauce, sugar and chili garlic paste. Remove pan from heat and add the sesame oil. Add the cooked and drained noodles to the skillet and toss well to coat. Serve with green onions and sesame seeds.