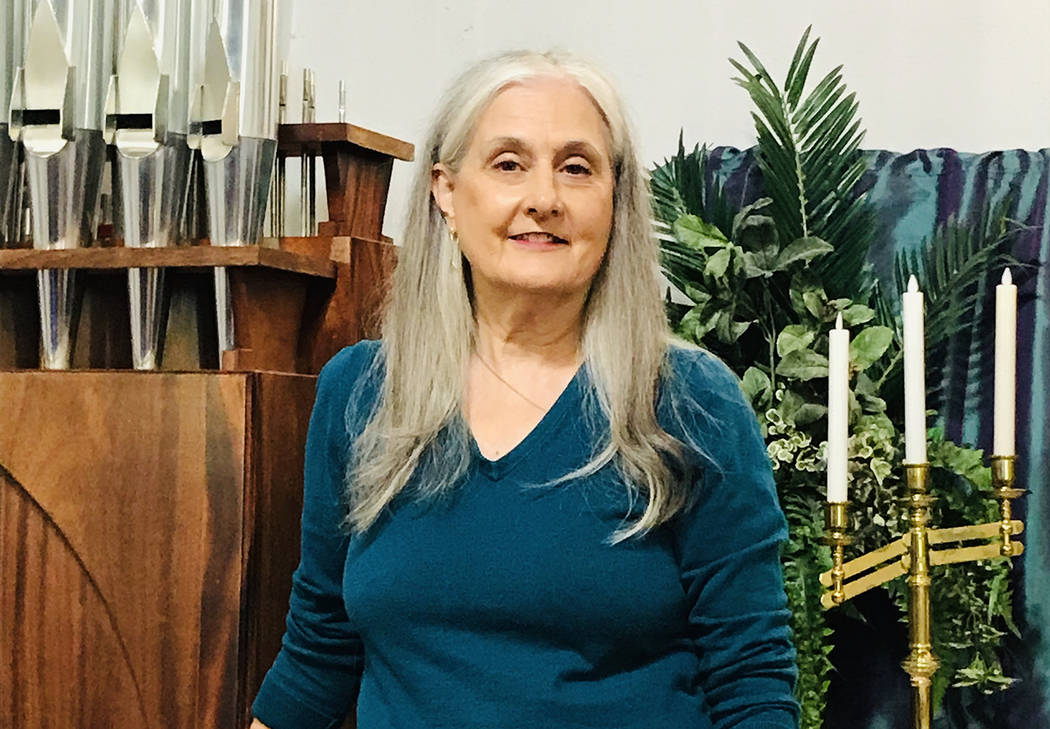 Most religious leaders reach their flocks through moving words, but Boulder City’s Francyl Gawryn chooses to get her message across through music.

Gawryn, who serves as associate pastor for Grace Community Church and director of music ministries, recently released her sixth album, “Beloved,” a collection of spiritual and religious songs.

The first song, “Beloved,” sets the tone for the collection of songs. Gawryn describes it as a “love song to God.” It also brings to light God’s love for Jesus Christ and the world, she said.

The album features songs Gawryn has written during the past 40 years.

“It spans the decades; it’s not chronological,” she said

The oldest piece on the album is a song about angels that Gawryn wrote in the 1970s when she was “really into angels.”

Another song, “If You Will Walk Toward the Light,” was inspired by a piece of scripture that was especially poignant to Gawryn when she was going through a dark time.

She also has transformed an old Gaelic melody, “Braes o’ Balquhidder,” with modern lyrics, following in the tradition of American folk songs for “The Highlands of Heaven.”

She said her inspiration comes from her life and moments of beauty, adding that sometimes her muse can be tricky.

Music has been a part of Gawryn’s life for as long as she can remember. She has been playing the guitar for 50 years and also plays the autoharp, Appalachian dulcimer and small percussion instruments.

Earlier in her adult life, she spent five years teaching music in the San Francisco Bay Area before being called to the ministry. Today, she teaches guitar for the city’s Parks and Recreation Department.

In addition to her work at Grace Community, Gawryn directs the Interfaith Peace Choir and will lead the ensemble when it performs in November as part of the Interfaith Council of Southern Nevada’s annual forum series and at its Thanksgiving service.

She also is preparing for a Gaelic Christmas cantata at Grace Community Church that will be presented Dec. 13.

Her work sharing the Gospel recently took her and Jan Liebhauser, the church’s office manager, to Mongolia for two weeks.

Having been freed from a communist government, Mongolia is seeing Christianity sweep across the country, and people are eager to learn, Liebhauser added.

Gawryn said the experience was so moving that she plans to go back next year with her husband, Marvin, and introduce centering prayer, a Christian contemplative practice.

She has lived in Boulder City for 13 years.

When not writing music or helping parishioners, Gawryn enjoys beading and creating artwork out of textiles. The cover of “Beloved” is a piece of beaded art she created.

The album was recorded at Abbey Road Studios in London and Mirror Sound Studios in Seattle in August.

It is available on her website, http://www.francyl.com, or by email at francyl.gawryn@gmail.com.