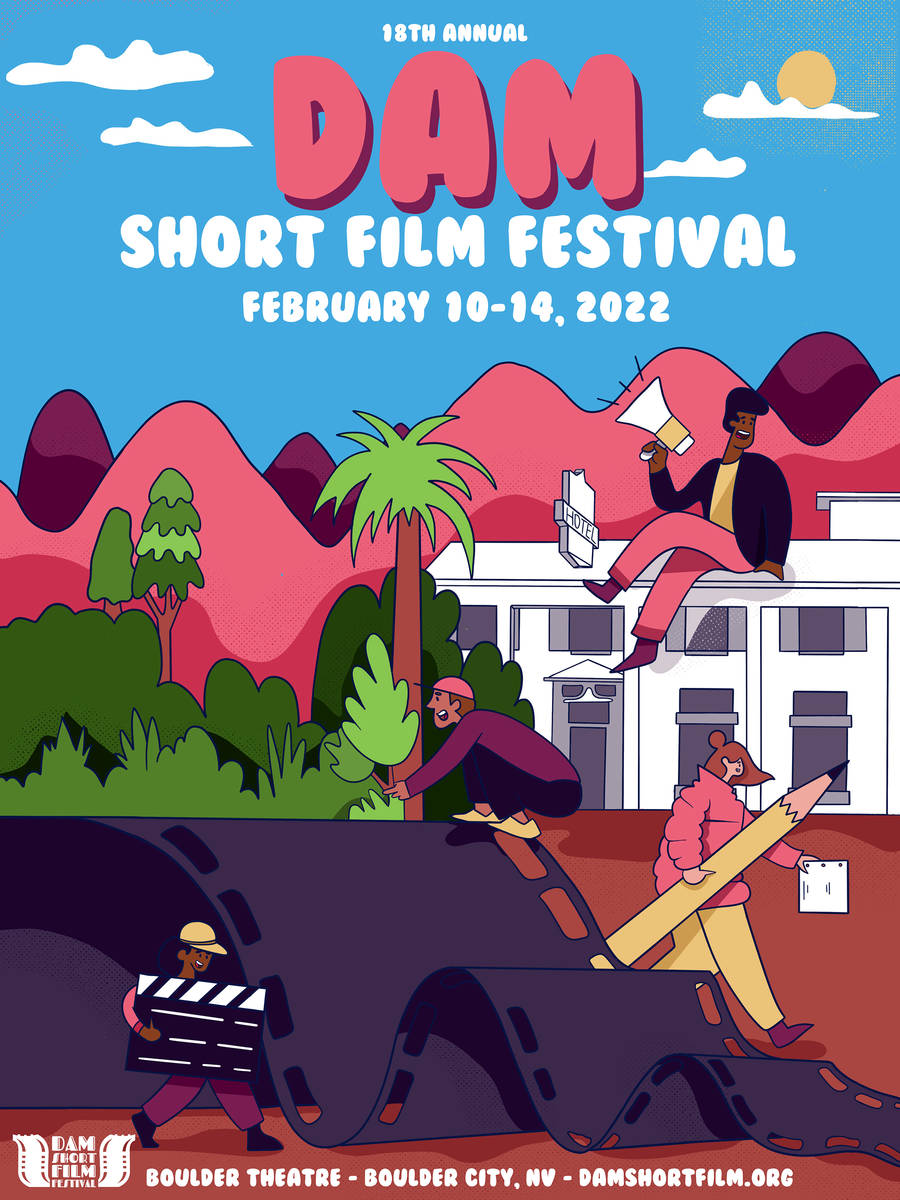 Jacob Gallegos of Las Vegas is the winner of the 2022 Dam Short Film Festival’s poster contest with his design featuring the historic Boulder Dam Hotel.

“I wanted the poster to look like a movie set and have everyone in motion to create the feel of behind the scenes,” he said. “I felt this time around (I needed) to incorporate something that usually doesn’t get highlighted as much as the other landmarks. So, I chose the Boulder Dam Hotel.”

Gallegos also said he wanted the poster to be “fun and easy to read.”

“I’m always amazed at the number of talented artists who submit each year,” said Tsvetelina Stefanova, executive director of the film festival. “We received 39 submissions this year, which is a record. The contest is a great way to bring the film and art community together.”

Gallegos said this contest isn’t his first time being involved with the Dam Short Film Festival.

“I submitted a music video three years ago with one of my amazing friends, Shahab,” he said.

He said he entered the contest this year because he enjoys it and “being challenged to create something based on its running theme.” He also said he loves supporting Stefanova, his friend.

For his day job, Gallegos is a creative director for Foodie Fit Meal Prep, a meal preparation and delivery service in Las Vegas.

To see all the submissions, go to https://damshortfilm.org/2022-poster-contest-2/.