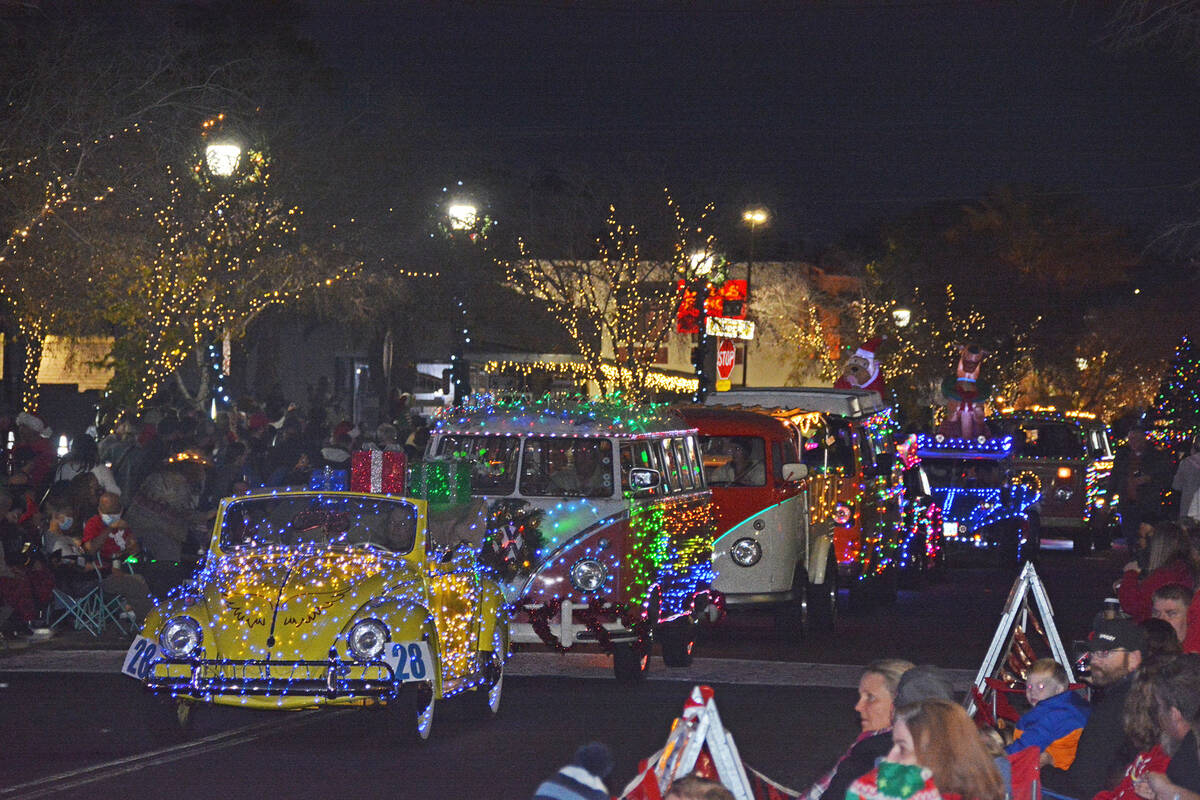 This year marks the 31st anniversary of the parade and Jill Rowland-Lagan’s 21st year participating. The CEO of the Boulder City Chamber of Commerce, which sponsors the parade, will be making announcements from the stage with former Mayor Rod Woodbury. The parade starts at 4:30 p.m. Dec. 3 and travels along Nevada Way before turning south on Fifth Street.

“My favorite things about the parade are the children and supporting the military,” Rowland-Lagan said. “Seeing the kids’ reactions is the most fun part; everything is a celebration.”

“Our local chapter of Patriot Guard Riders recently won a gold medal at the Governor’s Points of Light Awards ceremony,” Rowland-Lagan said. The annual awards ceremony honors extraordinary volunteer efforts of Nevadans and is the highest volunteer honor bestowed by the Nevada Volunteers organization and the state.

Those wishing to participate in the parade must submit their applications by 5 p.m. Nov. 18 along with a $25 entry fee. The fee increases to $50 on Nov. 19.

Rowland-Lagan also encourages participants to enter their creations into the city of Henderson’s Winterfest parade, which will be held Dec. 2 on Water Street so they can display their floats twice over the weekend.