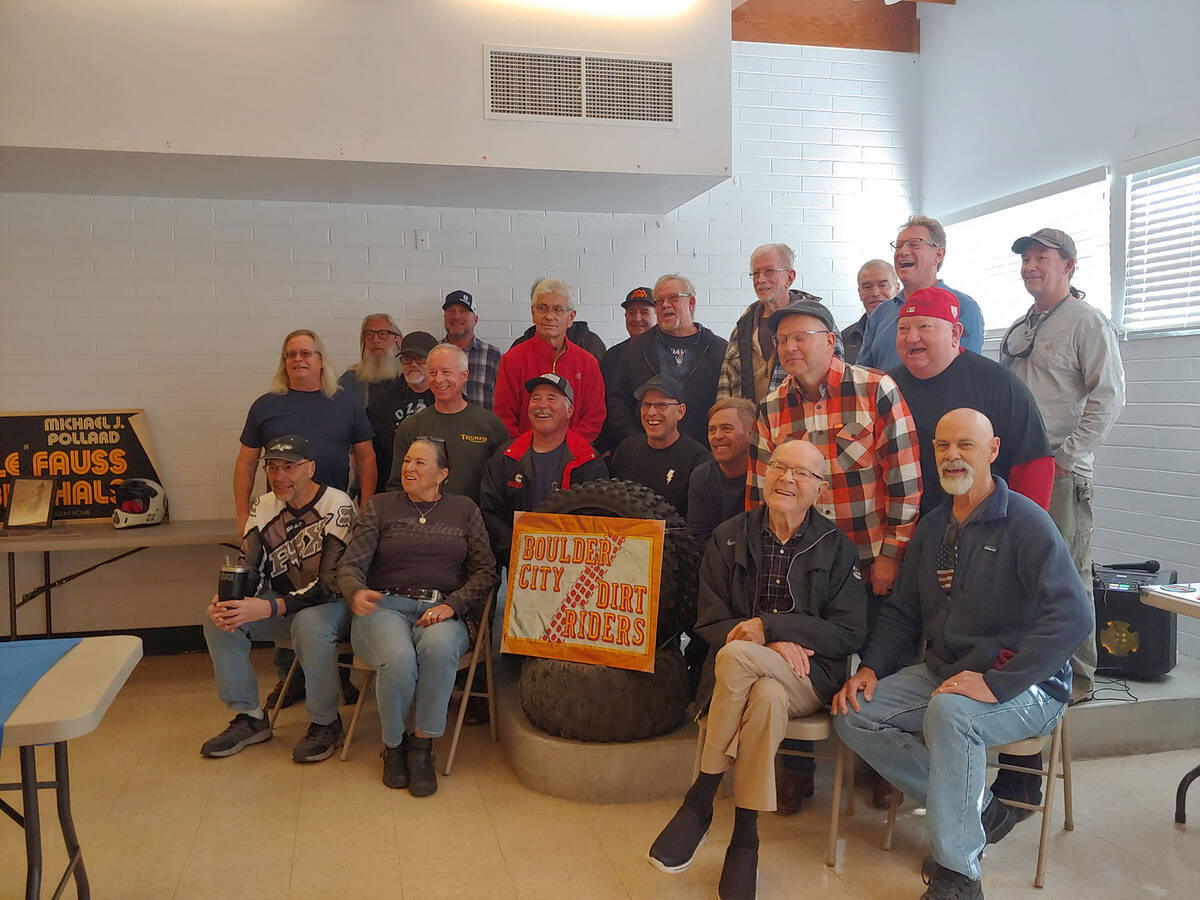 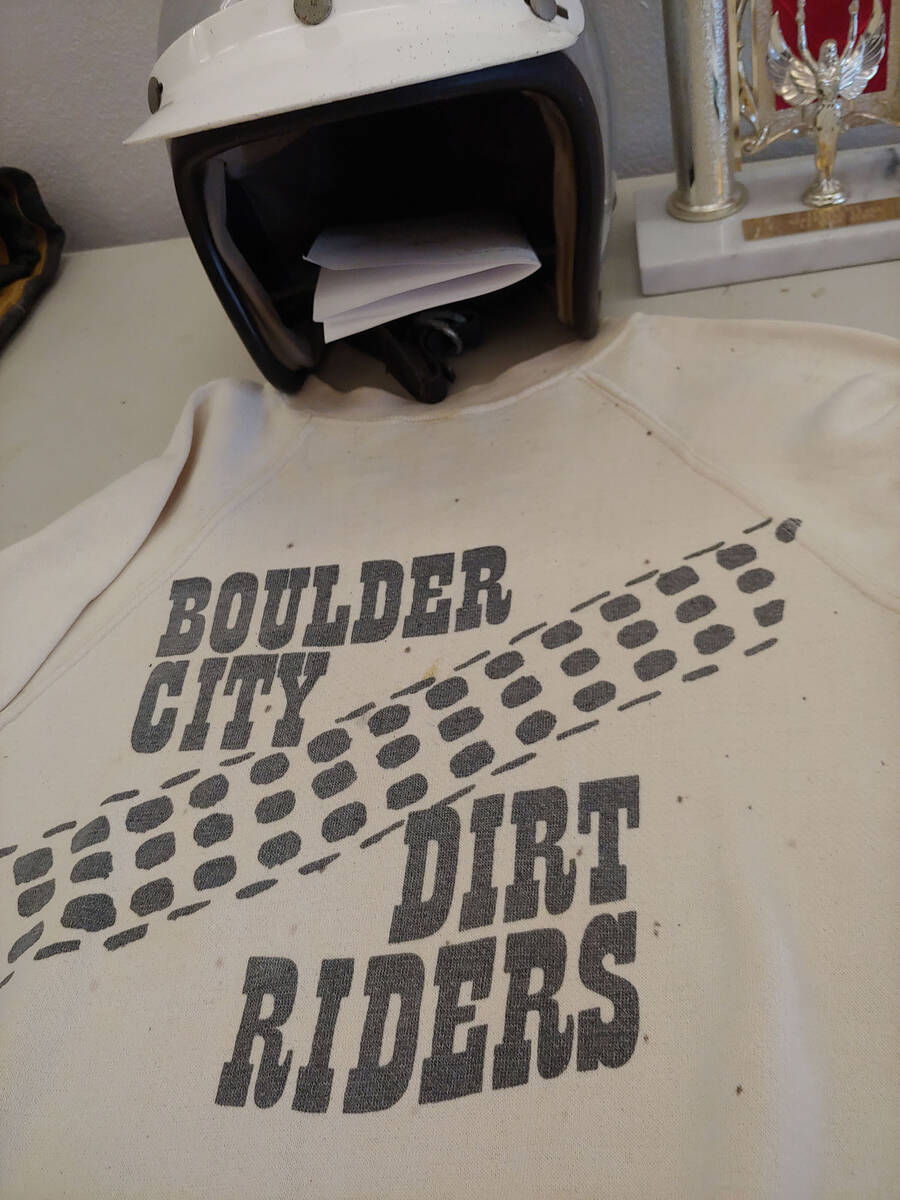 (Sam Walker) Memorabilia from the Boulder City Dirt Riders’ heyday was shared during its reunion Feb. 26.

A nostalgic look at childhood photographs prompted a recent reunion by those who raced dirt bikes in Boulder City about 50 years ago.

Jim Lybarger, who helped coordinate the informal gathering, said it started after he found some old photo albums and scrapbooks that he wanted to share with friends.

“Then they said to get T-shirts with our old logo … then there was a lot of interest,” he said. “We had a really great turnout. It was phenomenal. There were plenty of smiles.”

Lybarger and Sam Walker, who also helped coordinate the reunion, said the group was started around 1970 by several fathers so their children could race dirt bikes.

Lybarger’s father, the late Benny Lybarger, owned and operated the city’s first dirt bike shop, Candyland Cycles. It was on Nevada Way where Ace Hardware is now located and had a back door that opened to the gas station, where 2 Wheels is now.

“Boulder City has been called the birthplace of dirt bike riding in Southern Nevada,” Lybarger said.

The track is about 1 mile southeast of the Boulder City Pistol and Rifle Club.

Walker, who was one of the original members of the group, said the reunion was well received by those who attended and they hope to make it a regular gathering.

In addition to Lybarger’s photos, Walker said those attending brought some memorabilia from their racing days.

“It was definitely a nostalgic moment, and every moment had a story behind it. It was very entertaining,” he said.