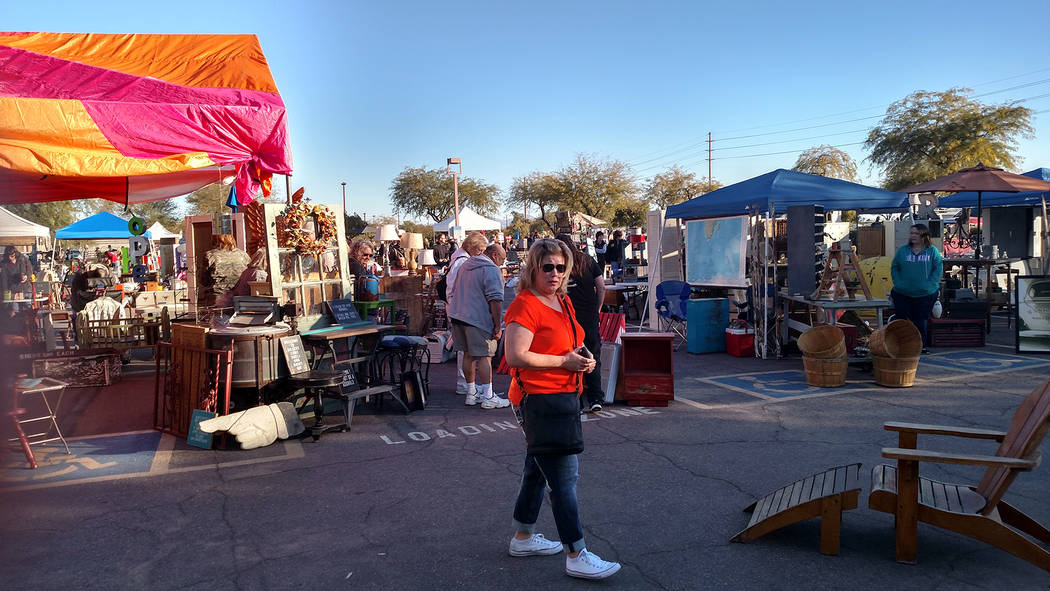 Homemade crafts, foods and a way to help veterans blend together for the inaugural Green Thumb food and craft show in Boulder City this weekend.

“There will be a bit of everything,” said event coordinator David Schwartz. “Arts, crafts, jewelry and home-based businesses.”

He is expecting about 60 vendors to participate.

The food vendors will be as varied as the crafters, offering American, Italian, Mediterranean and Hawaiian fare. Schwartz compared the show to an international food festival.

Schwartz said all veterans groups can receive a free booth for the show, and any proceeds will benefit Wounded Women Warriors along with support groups for veterans and their families.

“I live for helping veterans,” he said. Though many members of his family served in the armed forces, he said he did not get an opportunity because of the lottery system.

He said he wanted to create a group specifically to support wounded women because they aren’t recognized the way male veterans are.

“It discourages women from joining the service,” he added.

Though this will be the first show of its type in Boulder City, Schwartz is no novice at coordinating events of this type. Originally from Chicago, he has been creating and running shows for more than 30 years.

Now a resident of Henderson and Arizona, Schwartz said he was drawn to Boulder City by its family-friendly atmosphere and great support of veterans. His son lives in the city and he has been to several community events.

Included in this festival are activities for children such as face painting and balloon artists.

Once the show is complete, Schwartz will turn his attention to a new weekend farmers market to be held in the parking lot of Marshall Plaza. It is expected to begin Nov. 11 and will be held from 10 a.m. to 2 p.m.

Schwartz said there will be only nine vendors because of the limited space. Their wares include produce, candles and honey.