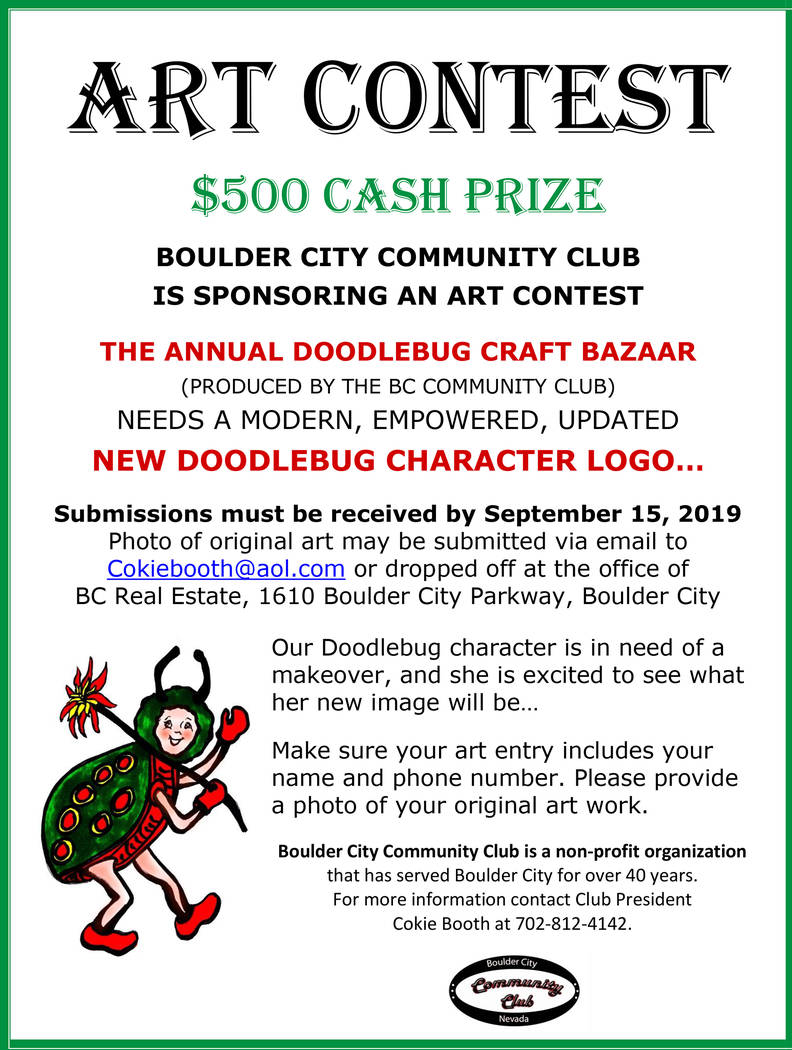 The group behind the Doodlebug Craft Bazaar, a longtime Boulder City festival, is hosting a contest to design a new logo for the event.

The craft show started in 1974 as a small family holiday show and has grown to one of the main festivals in the Southwest, according to Cindy Lochner, Doodlebug chairman and vendor coordinator.

Throughout those 45 years, the Doodlebug logo has remained the same.

Booth said they want the logo to be a woman who stands tall, is full of energy and vitality, is youthful and does fun things. It can also wear high heels and have eyelashes.

“We have received some entries but are still looking for more,” she added.

Photos of the original art may be submitted through Sept. 15 via email at Cokiebooth@aol.com or dropped off at BC Real Estate, 1610 Boulder City Parkway. The entries should include the name and phone number of the person submitting them.

The winning artist will receive $500 cash.

The Doodlebug takes place the first Saturday in December. This year it will be Dec. 7.

Lochner said they are expecting 130 vendors this year and have already received applications from four states.

The 2018 festival raised approximately $14,000 that was given to local groups by the Community Club.