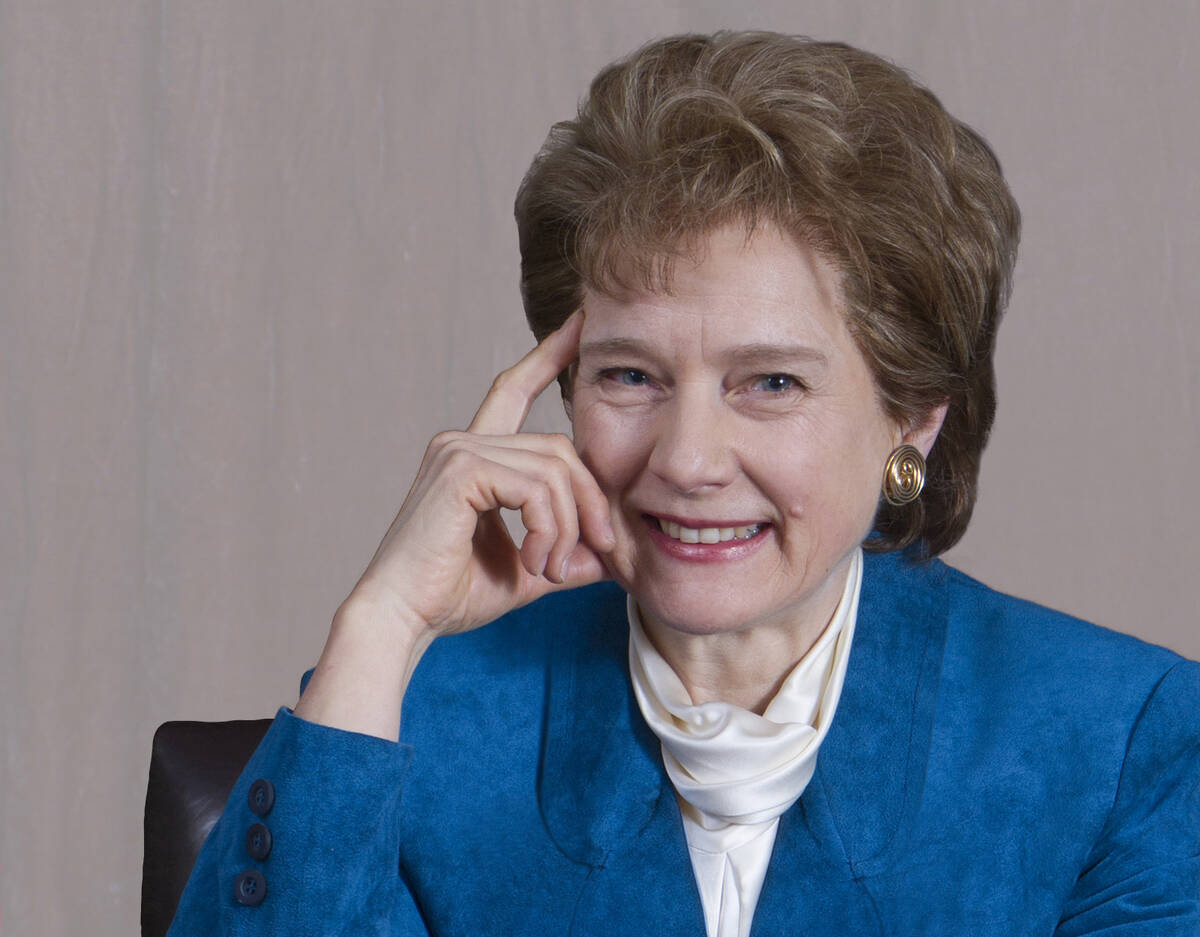 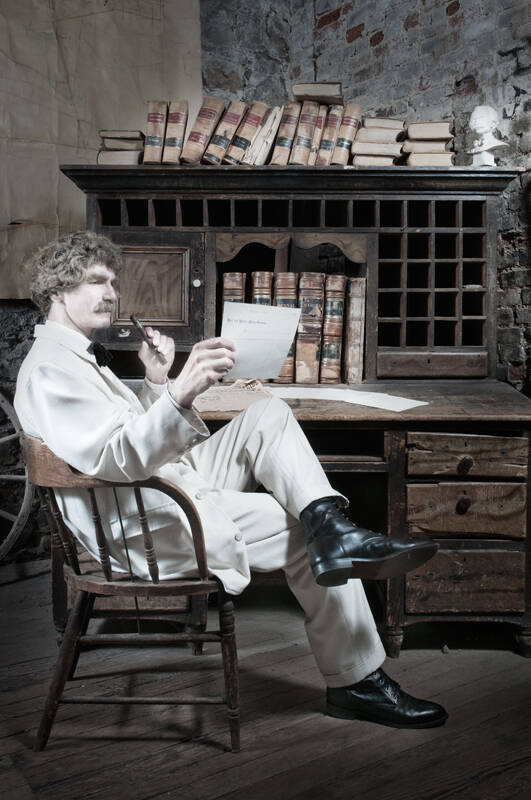 Moving this year to the Boulder Creek Pavilion, the program begins at 6 p.m. Friday, Oct. 22, with a doubleheader featuring Doug Watson as Will Rogers and Karen Vuranch as Julia Child. Before their program begins, local singer Sharon Resnikoff will perform.

Oct. 23, will feature two shows, a 1 p.m. matinee and a 6 p.m. evening performance. Susan Marie Frontczak will portray Erma Bombeck in the afternoon and McAvoy Layne will portray Mark Twain in the evening. Their presentations will be preceded by Bob Buetler and Elaine Hardy on trumpet and piano, and folk singer Steve Cottrell, respectively.

She said she enjoys researching her topics as much as performing as the subjects of her searches.

She began with Marie Curie, which allowed her to draw on her background in science and her Polish heritage.

A few years later, she created a first-person narrative of Mary Shelley, author of “Frankenstein,” as part of a nationally traveling exhibit on the book. From there she added First Lady Eleanor Roosevelt, dancer Irene Castle, Red Cross founder and nurse Clara Barton and her most recent, author Erma Bombeck.

“So far, these ladies have taken me to 42 of the United States and nine countries abroad,” Frontczak said.

She began creating her Bombeck presentation after Ohio Humanities chose the theme “20th Century Legends” for its 2018-19 touring Chautauquas and wanted characters with connections to the state. Bombeck, who grew up in Dayton, started her column, “At Wit’s End,” while living in the city’s suburbs.

Frontczak said she was able to connect with Bombeck’s family, her former secretary and literary agent to complete her research.

“The hardest part of presenting as Erma Bombeck is choosing what to include from a seemingly endless supply of priceless material. It is a puzzle I am glad to take on as none of my other characters have given me so much to laugh at along the way.”

As she prepares for her first visit to Boulder City, Frontczak said she is looking forward to interacting with a live audience.

“This last year and a half have brought home to me that there is nothing like a live, in-person audience. Chautauqua is a collaborative art form,” she said.

Both she and Layne said they are looking forward to meeting the other Chautauqua scholars.

Layne has performed as Mark Twain more than 4,000 times, averaging about 200 appearances a year for 26 years.

He said he was “tapped on the shoulder” by Twain while snowbound in Lake Tahoe. Then a resident of Hawaii, he was visiting the area to ski and was trapped in his cabin for five days alone.

“I found the complete essays of Mark Twain and, in that condition, those essays made perfect sense. A seed was planted in fertile ground.”

His first appearance as author Samuel Clemens’ alter ego was 33 years ago at Piper’s Opera House in Virginia City, Nevada.

Layne said he was asked by Carol Piper Marshall, great-great-granddaughter of the opera house’s founder, to present Mark Twain twice a day for four months, six days a week.

“It was such a lucky break,” he said, noting he could try out new material every day to “see what really flies and what is good literature.”

“I think it’s not only his humor that keeps me in a good mood, but also his social commentary,” Layne said about his longtime relationship with Twain. “His comments on human nature are so ahead of his time. It makes it fun. He speaks to us with an immediacy that transcends the ages.”

During the course of his career as Twain, he received special encouragement from actor Hal Holbrook, best known for his exacting portrayal of the author in his one-man show “Mark Twain Tonight!” who told him to keep the torch burning.

His goal with appearing as Twain, aside from having fun, is to “be sure to make Sam proud in my representation of him.”

New to Chautauqua this year is a 4 p.m. preshow dinner on Friday and Saturday at the Boulder Creek Golf Club, 1501 Veterans Memorial Drive. A three-course dinner, with choice of chicken cordon bleu or grilled New York steak for the entree, will be available for $25.

There are 50 tickets available each night and includes reserved seating in the pavilion for the performance. For reservations, call 702-294-6538.

There also is an Thursday, Oct. 21, meet and greet reception with the Chautauqua scholars. Tickets are $35 each and include wine, a casual dinner and dessert.

Tickets are $15 per person, per performance; they can be purchased at the Boulder Dam Hotel, 1305 Arizona St.; Ace Hardware, 541 Nevada Way; and the Boulder City Chamber of Commerce, 100 Nevada Way.

Additional information is available at www.bcchautauqua.org.