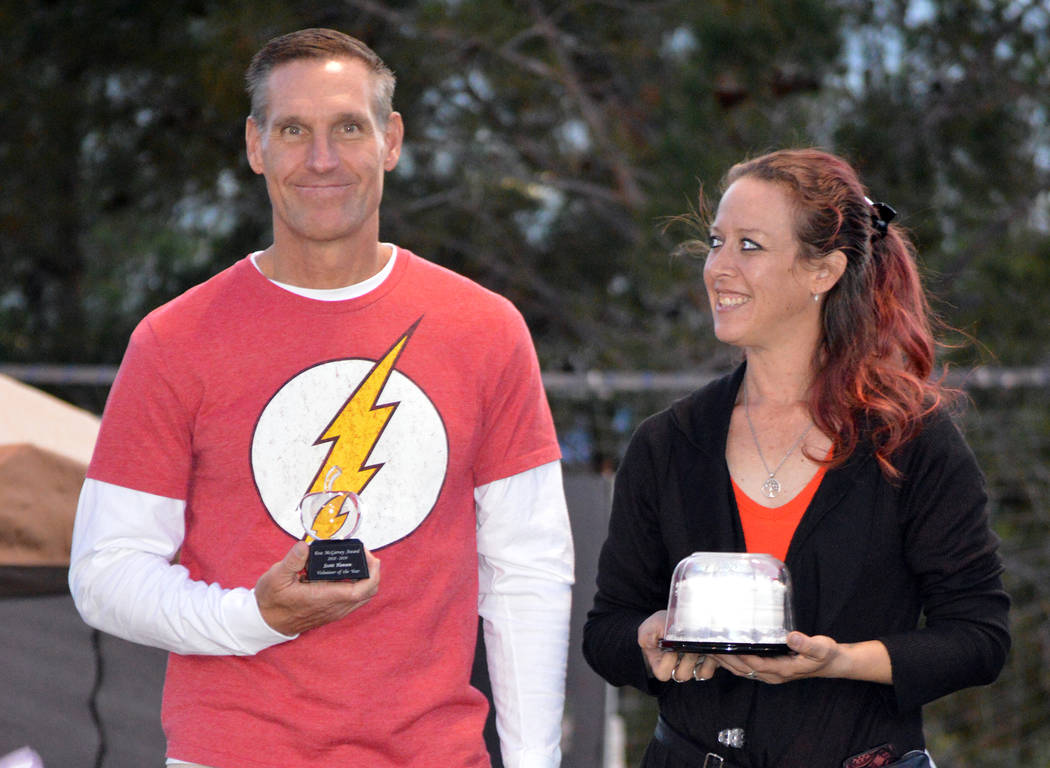 This year, the chamber had an award wagon visit winners at their businesses and at various locations in town instead of the usual awards program.

“The board created an award train and, with four different presentation times, went to the recipient to present the award in a ‘Publishers Clearing House’ style,” said Jill Rowland-Lagan, CEO of the chamber. “They had a bunch of balloons, arrived on the Silver Rider shuttle and came out of the bus excited to visit with the award winner. It was a great hit.”

This year’s annual awards and installation program was canceled due to a lack of preticket sales.

“As we got to the 14 days prior, we had not sold enough tickets to cover the large expense,” Rowland-Lagan said. “I believe many people had just planned to come that day and pay, which has always been allowed. However, this year, we had more expenses due to the programming and entertainment, so we couldn’t afford to take a loss without the presold reservations. Next year, we’ll specify a reservation deadline to be safe.”

The new officers were installed at a chamber event Oct. 10. They are Sam Knudsen, 2018-2019 board chairman; Sarah Iwinski, vice chairman; and Beth Carden, treasurer.